The newest entry in the Super Bomberman series might not run at its rumored 60 fps on the Nintendo Switch.

According to Just Pause, Konami has confirmed that Super Bomberman R will run at 30FPS and full resolution in each of the Nintendo Switch modes - that means 1080P in TV mode and 720P in handheld mode.

Personally, I don't think it's a major issue as long as Konami delivers a solid 30 FPS experience without frame rates dips and some fun-looking explosions. Bomberman was always known for its smooth gameplay even in its self-induced chaotic mayhem. We hope this game will be, at least, on par with the standard it predecessors set.

Online play will be exclusively used for battle mode and matchmaking will be done via lobbies. This means connecting with random players and friends will be much easier but, we will have to see it in action first and how does it work. Co-op story mode will be limited to local play only.

Let us know in the comment section if the game running at 30FPS will be a huge game breaker for you and if you played the previous installment of Super Bomberman.

Please check below for a massive catalog of Nintendo Switch coverage. We will have a lot more content coming this weekend. Stay tuned! 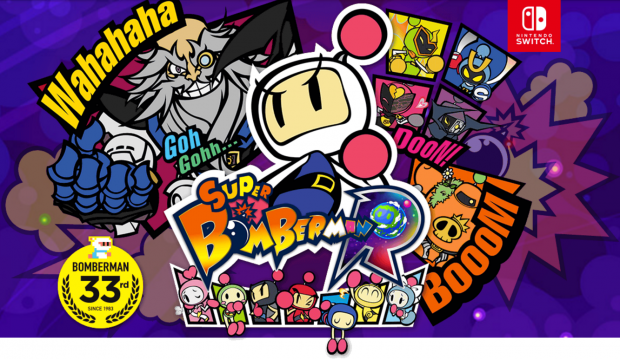