The Nintendo Switch Pro controller is exceptionally well-made, but it's also quite...small. We size up the Switch Pro against its DualShock and Xbox competitors--even the now-dead (but not forgotten) Wii U Pro controller. 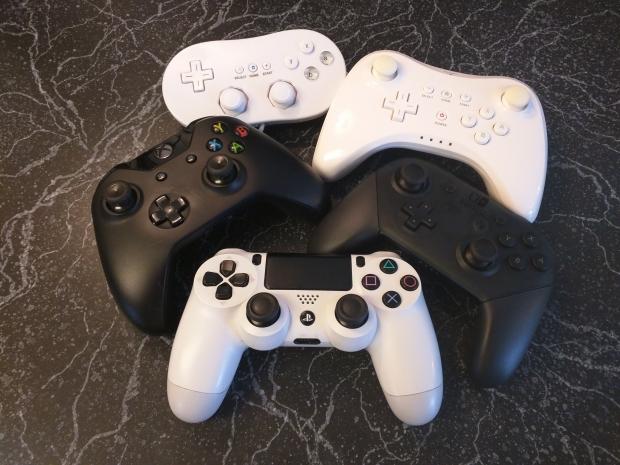 When I saw the box for the $70 Switch Pro controller, I surely thought it was the wrong device. But alas, the box mirrored the controller's actual size. But unlike other controllers, none of its space is wasted. It's a compact, stylish and immensely comfortable piece of hardware that will bring 40 hours of pleasant gaming.

The controller feels solid in your hands, if not a bit heavy (certainly heavier than the Wii U Pro). But the way it's shaped also makes it feel light, and your fingers easily curl around the sides. It genuinely fits like a glove. The face buttons are well-placed, with the ABXY buttons enhanced to reduce the time needed to press them. The buttons themselves are easy to press--there's no pushing needed like with Xbox One controllers--and the triggers are absolutely fantastic. The triggers hang, but not too much, nothing like Sony's DualShock 4. Like the rest of the buttons they press in very easy. 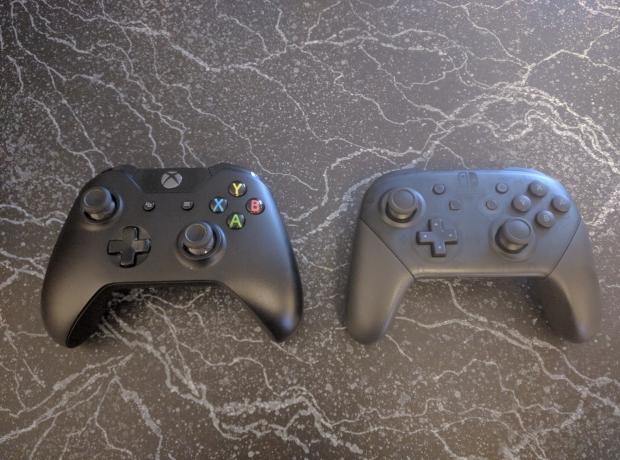 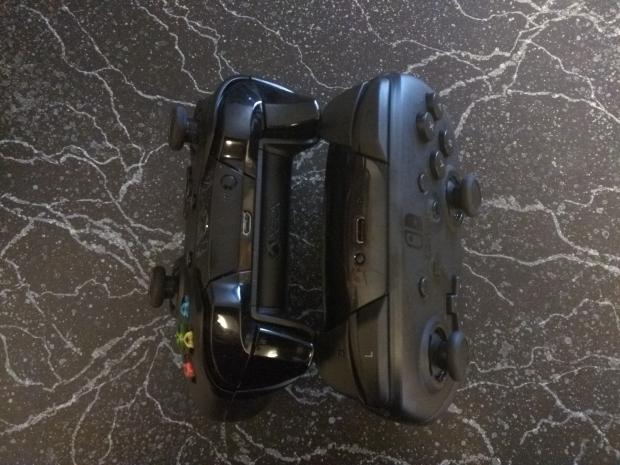 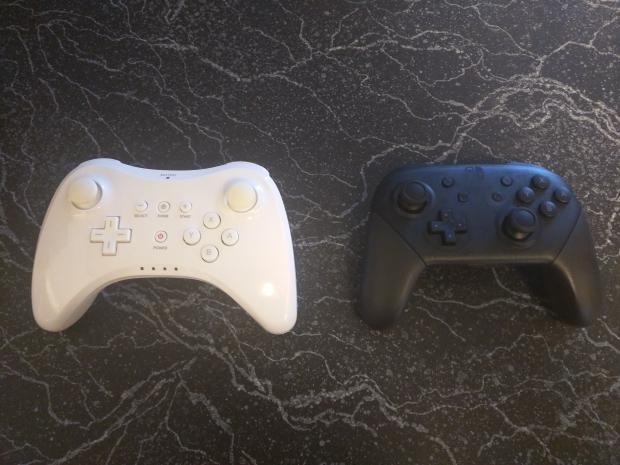 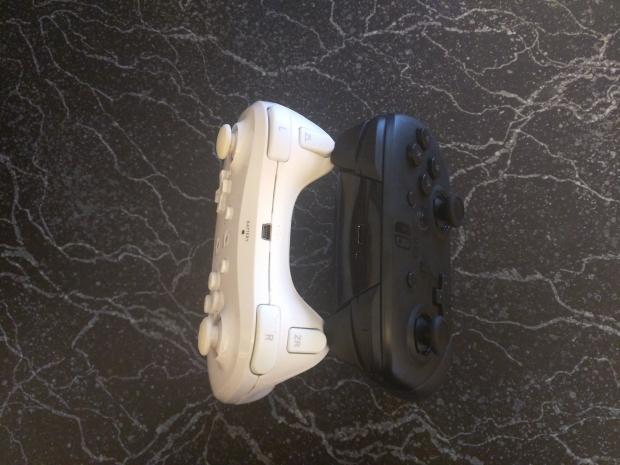 The analog sticks now resemble an Xbox layout rather than the traditional horizontal linear position, and it's all for the better.

One of the more impressive bits I noticed is how the screenshot and home buttons are designed. They're not hard to press but at the same time you have to deliberately press them, so you won't accidentally hit the home button while you're in a boss fight or anything like that.

All in all the Nintendo Switch Pro controller seems to take all the best features from existing controllers (including the Wii U Pro) and mash them up into a premium peripheral. I'm thoroughly impressed although I haven't used the controller to play any games yet (the Switch is still on its way!). 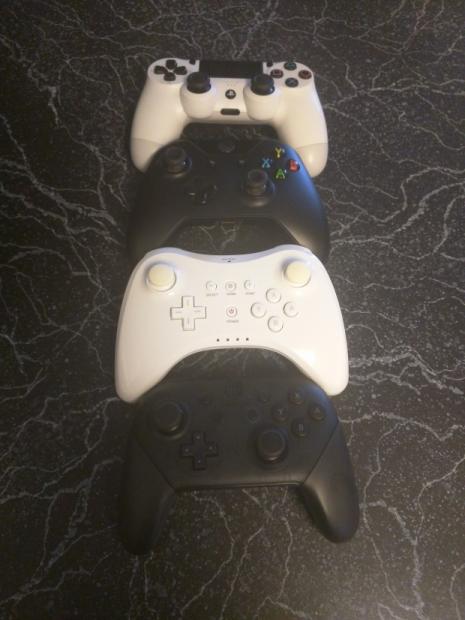 As far as specs go, the Switch pro controller features a beefy 1340mAh battery that lasts for 40 hours of play. On the flipside, however, it takes 6 hours to completely charge, so you'll want to use your JoyCons to play games while it's charging.

Although the Pro controller has a USB Type-C port, the included cord only charges it across a Type-A USB 2.0 end, meaning you won't enjoy super fast recharge rates or data transfers. Thus explains the longer 6 hour battery recharge. However Type-C allows the controller a decent amount of future-proofing and brings the convenience of reversible plug-ins and compatibility with older power banks and AC USB chargers.

We've also found the Switch Pro's Type-C cord is about 60 inches (5 feet) in length, offering a decently sized range for charging in your living room and the like. 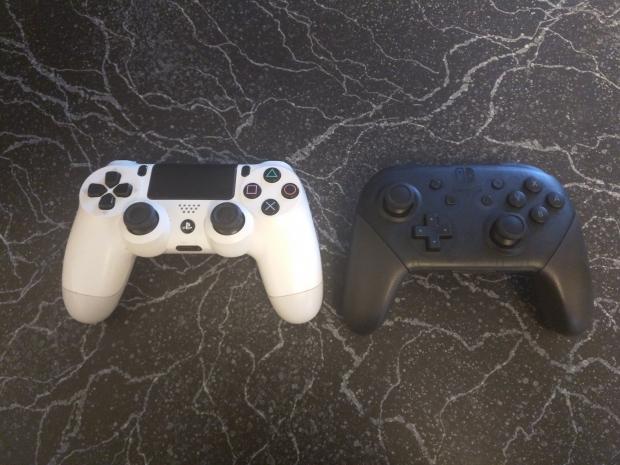 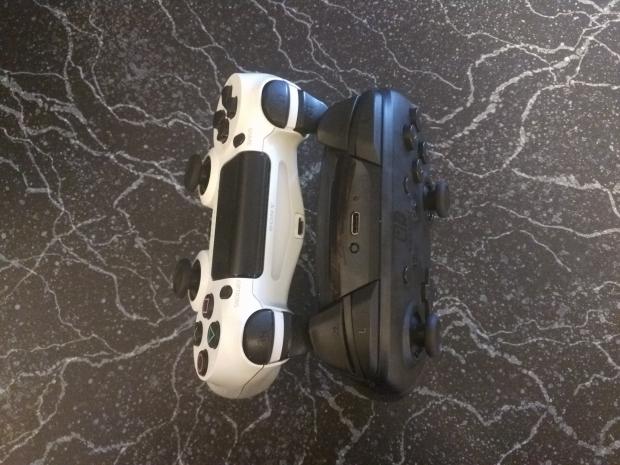 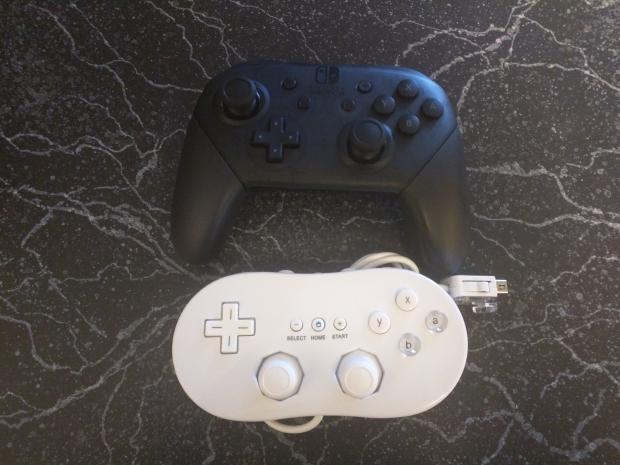 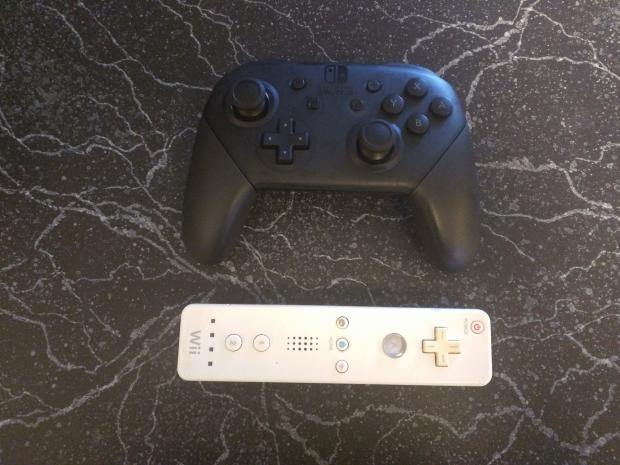 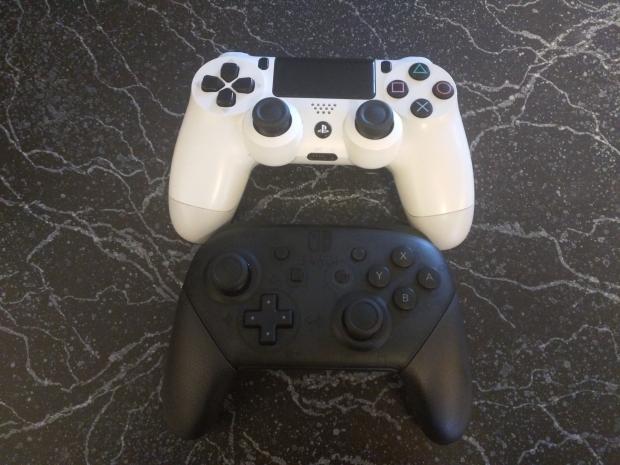 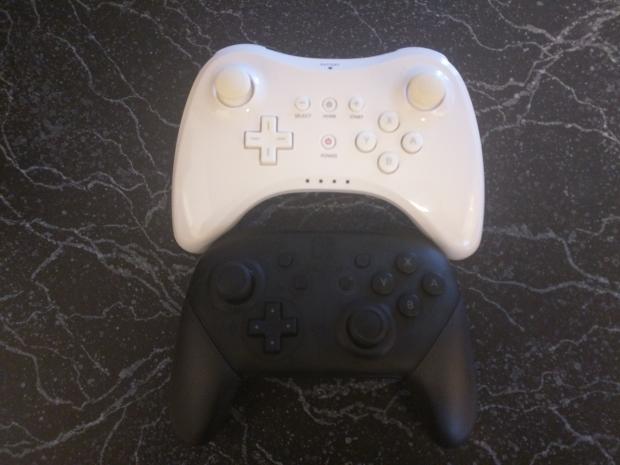 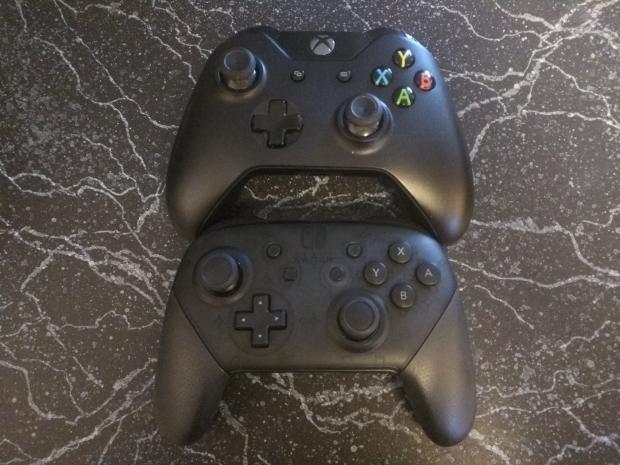 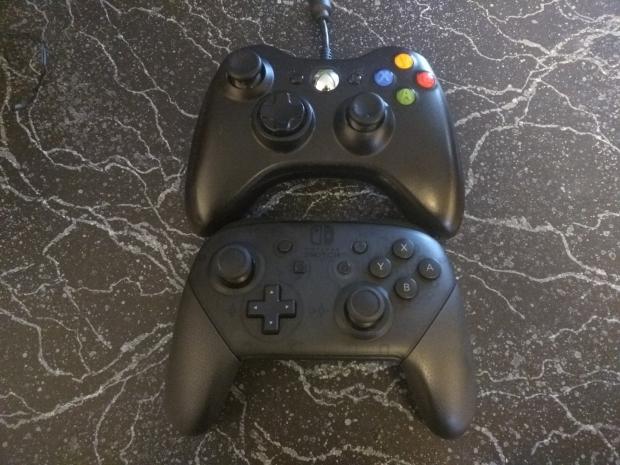 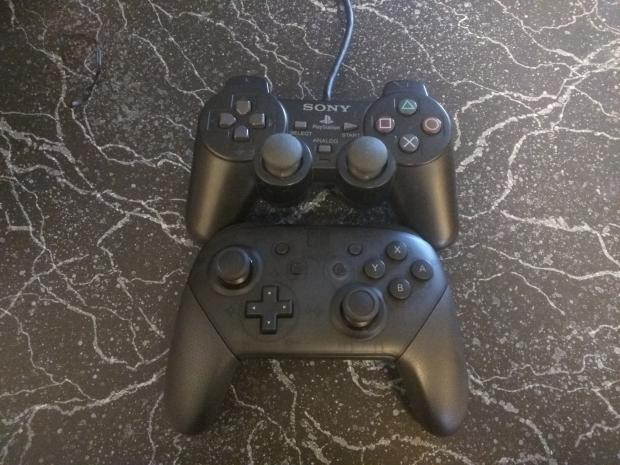