Can I mix and match SSDs in a RAID configuration in my Acer Nitro 5?

Ask the Experts: Joe seeks clarification regarding upgrade the 256GB SSD in his system to a 512GB SSD and we try to help out.

Which should I pick - the ASUS ROG GA15DK or Alienware A...

Astronaut Matthias Maurer from the European Space Agency (ESA) returned to Earth on May 6th, 2022, after a 176-day stay aboard the International Space Station (ISS). 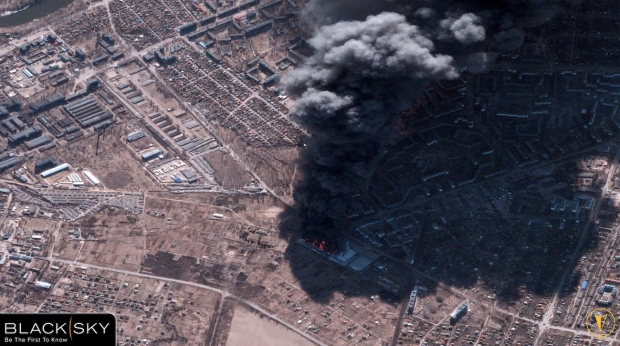 Speaking with German broadcaster ARD, Maurer recounted what he could see from space as the war in Ukraine unfolded after starting on February 24th, 2022, about a week after passing three months aboard the station. Maurer said the war "was clearly visible to the naked eye from space," noting "huge black columns of smoke over cities like Mariupol."

Maurer described seeing the country around the time the war began, saying, "the whole country went dark at night," but people aboard the station particularly recognized Kyiv. Within the first days of the war, they could "see lightning at night" and even explosions from "rockets hitting."

AMD's next-gen RDNA 3 GPU architecture will debut later this year, with major testing going on right now: one of those tests involves the confirmation of the next-gen DisplayPort 2.0 standard on Radeon RX 7000 series graphics cards of the future.

In a new tweet discovered by "Kepler," we see that AMD has kicked off putting patches for DisplayPort 2.0 UHBR (Ultra-High-Bit-Rate) certification. DisplayPort 2.0 UHBR comes in UHBR10, UHBR13.5, and UHBR20 standards with varying bandwidth, resolution and refresh rate support.

A study on the civilization titled "Lidar reveals pre-Hispanic low-density urbanism in the Bolivian Amazon" has been published in the journal Nature. 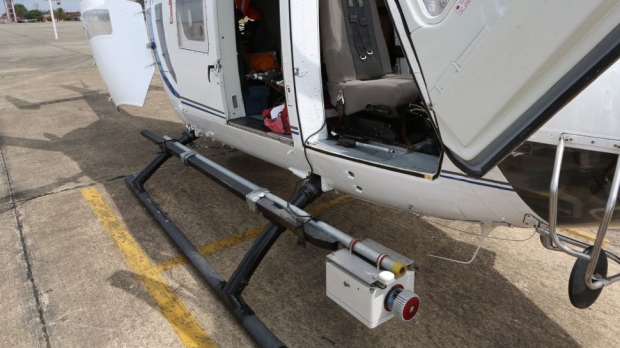 Researchers have used airborne light detection and ranging (LIDAR) from a helicopter while flying over the Amazon basin to reveal evidence of previously unknown settlements. These ruins were built by a lost pre-Hispanic civilization and confirm that the region was capable of sustaining large populations of people.

Thousands of infrared LIDAR pulses per second revealed two large settlements (147 hectares and 315 hectares) and more connected by a network of roads and causeways. The settlements also had a "massive water-management infrastructure" that utilized canals and reservoirs. The new findings show the Casarabe culture from the Llanos de Mojos region of the Amazon basin extended much further than was previously known.

GIGABYTE: all our AIO and tower coolers compatible with AMD AM5 socket 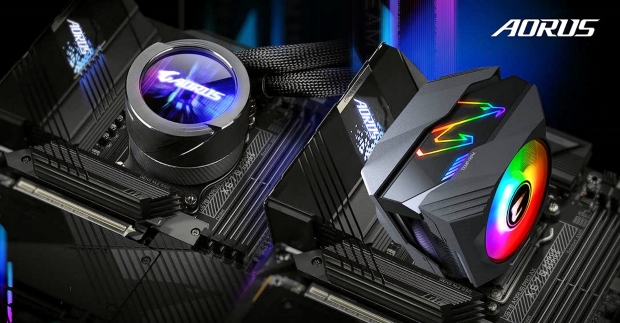 Continue reading: GIGABYTE: all our AIO and tower coolers compatible with AMD AM5 socket (full post)

The smallest remote-controlled robot ever is now this tiny crab

A study on the new robots titled "Submillimeter-scale multimaterial terrestrial robots" has been published in the journal Science Robotics. 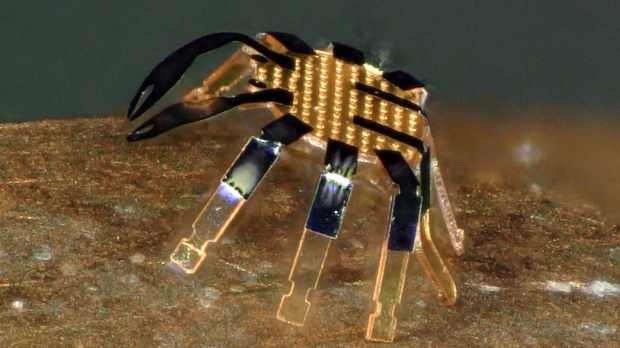 Exploratory research by engineers from Northwestern University has led to the creation of the smallest controllable robot yet, in the form of a crab smaller than the size of a flea. It can jump, bend, twist, crawl, walk, and turn without being powered by hydraulics, electricity, or other complex hardware.

The crab is controlled by applying a laser beam to its various body parts, heating them and causing them to change shape. The shape-memory alloy material used to construct the crab allows it to return to its original form once it has cooled. The robot's size allows it to cool very quickly, and using a scanning laser enables it to move in the direction the laser scans.

It has been some 20 years since scientists created the first complete reference human genome that contained approximately 3 billion DNA letters, but now some improvements are being suggested.

The first complete reference human genome has been added to over the years, with approximately two million additional variations of the code being included in the model. Now, Tesla and SpaceX CEO Elon Musk has been discussing how that model could be placed into a storage system, but on a far larger scale. Musk replied to a tweet that provided a graph on the size of a human genome in data, which stated the human genome is 3.3 Gb in size, the HIV virus is only 9.7 kb, and the largest known vertebrate genome is 130 Gb.

Antonio Regalado, the senior editor for biomedicine for MIT Technology Review, pointed out that the storage for a human genome DNA sequence is "more like 100 gigabytes" due to the extra information from sequencing. Furthermore, Musk went on to speculate that with a "lossless compression delta" and having "a few reference human genomes", one could "probably fit the DNA sequences of all humans alive today in a fairly small data storage system."

Continue reading: Elon Musk considers how to put all of humanity's DNA into storage (full post)

New US facility to produce 15,000 tons of meat per year with no deaths

A new exclusive multi-year agreement between ABEC and GOOD Meat has just been struck, paving the way for a new bioreactor. 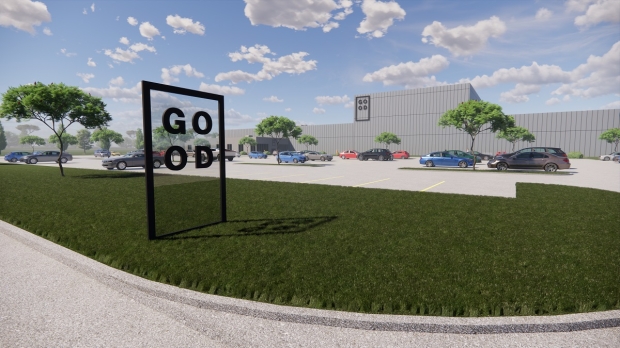 An architectural rendering of the facility.

The new deal between GOOD Meat and ABEC will bring ten 250,000-liter bioreactors to GOOD Meat's large meat facility that, when construction is completed, is expected to produce 15,000 tons of meat per year without killing a single animal. The new facility will be designed to produce chicken and beef while also having the capabilities of distributing its products to millions of Americans across the country.

Notably, the press release states that the final location for the facility has yet to be set and is expected to be decided within the next three months. Furthermore, GOOD Meat writes that it's still going through the regulatory process for such a facility with the Food and Drug Administration (FDA), and that the ABEC is also building bioreactors for GOOD Meat's Alameda, Calif. headquarters, which is scheduled to be operational in Q4 2022, and for a Singapore facility slated to open in Q1 2023.

Continue reading: New US facility to produce 15,000 tons of meat per year with no deaths (full post)

NASA has revealed that in 2015 a group of researchers discovered two species of shark living within an active underwater volcano.

The underwater volcano called Kavachi, located in the Soloman Islands, entered into an eruptive phase in October 2021, and as a result, satellite images showed discolored water coming from the submarine volcano located 15 miles south of Vangunu island.