Zelda: Breath of the Wild is likely Nintendo's biggest game of 2017, and represents a massive new undertaking for the series. It's the first fully-fledged open-world Zelda game Nintendo has ever made, and offers players a new kind of experience--in many ways, it feels like the ultimate Zelda, the kind of game that represents everything that Eiji Aonuma has wanted to do with the series.

As such, Breath of the Wild will be massive in scale and scope--so big that it even ousts Skyrim's huge hyborean landmass. 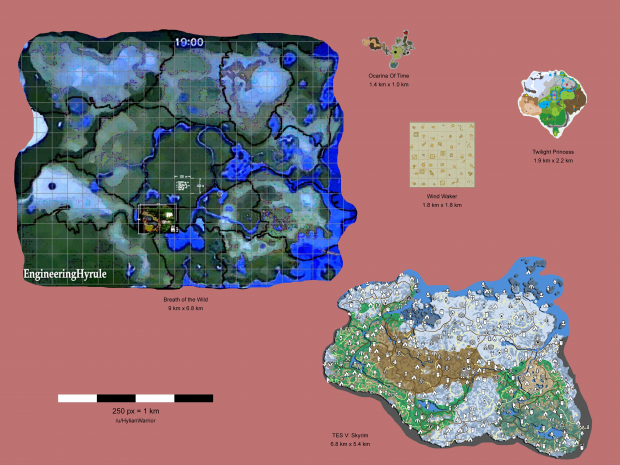 We already know that Breath of the Wild's Hyrule is 12 times bigger than Twilight Princess, and the demoed Plateau area represents just a tiny 1% of the overall map. Nintendo affirms that the in-game area will be peppered with tons of activities, enemies, quests and more to ensure that the open world doesn't feel stale.

Read Also: Zelda: Breath of the Wild has an awesome physics engine

The Legend of Zelda: Breath of the Wild launches simultaneously on March 3, 2017 on Nintendo Switch and Wii U.