Now that Nintendo Switch's day-one update is rolled out we can finally see the exact way to add friends onto the system...but you're not going to like it. Yes, it uses friend codes. 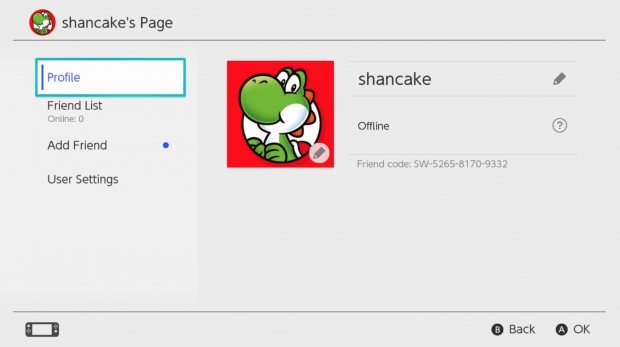 Press Start has confirmed that the Nintendo Switch uses the outmoded--and often confusing--Friend Code system to add different players to your friends list. It was originally believed that the FC system would be scrapped in favor of being able to add users via their Nintendo Account User IDs, however this wouldn't work because anyone can change their User IDs at any time. So hence the necessity of the Friend Code system.

However it's worth noting that this is just one way to add friends to your list on the Switch. Users can search for gamers they recently played with and add them that way, or even add anyone you're playing LAN games with with multiple Switches. 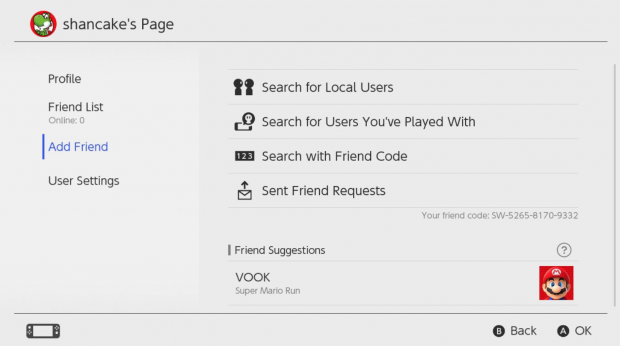 All the ways you can add friends on the Switch 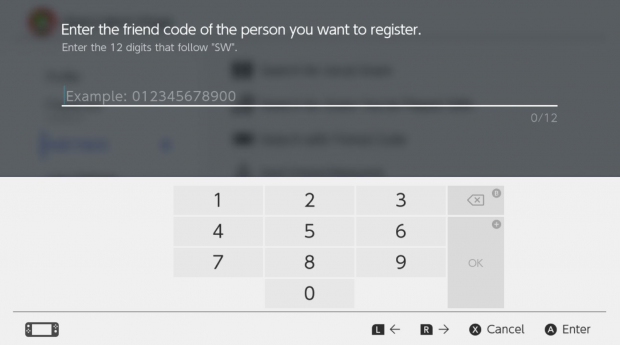