While gaming in handheld mode, Nintendo's new Switch console actually runs quite cool and only hits a max of 37C in demanding games like Mario Kart 8 Deluxe. 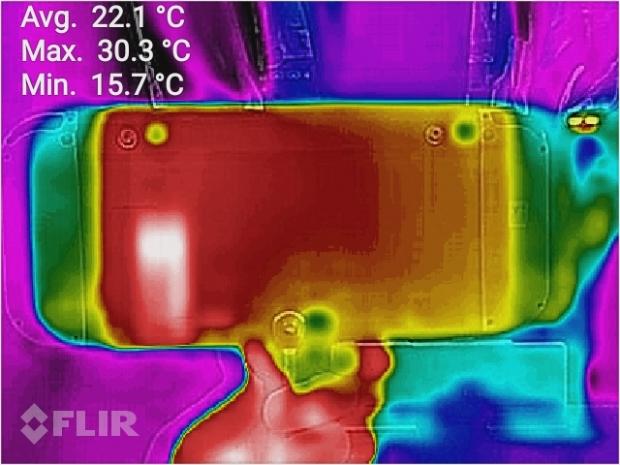 While attending a Nintendo Switch event a Swedish gamer took some FLIR images of the system in handheld mode to see how hot the device gets. Considering the Switch can deliver dedicated on-the-go gaming, thermal heat mitigation is extremely important, and we're happy to report the device runs pretty cool.

Thanks to recent teardowns we know the Switch is actively cooled by a fan system that works in tandem with an L-shaped heat sink, and, of course, the customized and highly efficient 20nm NVIDIA Tegra X1 chip.

Three games were shot with FLIR images: Mario Kart 8 Deluxe, which would be the more demanding of the three games, Snipperclips: Cut it Out Together!, and Splatoon 2. In all of these scenarios the Nintendo Switch was in handheld mode and being charged by a USB Type-C charger, so that means these temps could actually be cooler. 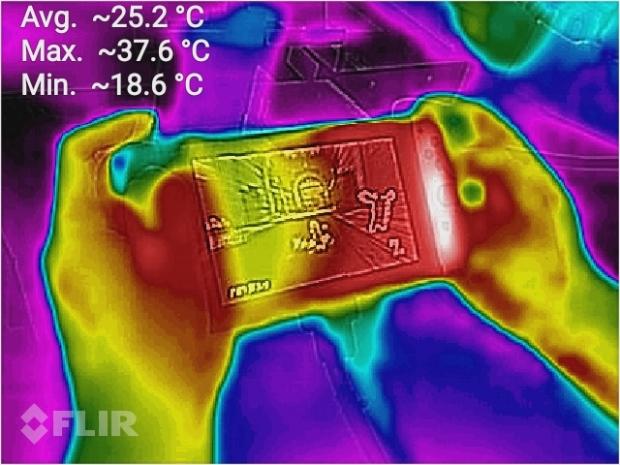 "It did not feel that warm to the touch and the game was running really really smooth, you were to engaged in the game to think about the unit or how it felt in you hands. You can clearly see the CPU/GPU on the right side of the unit behind the screen. Working hard under 40°C." 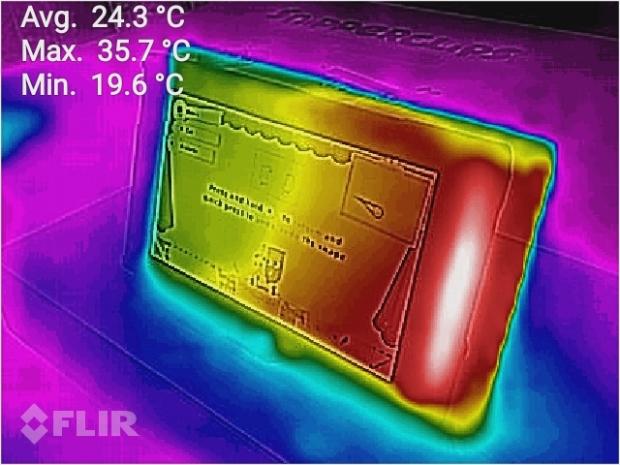 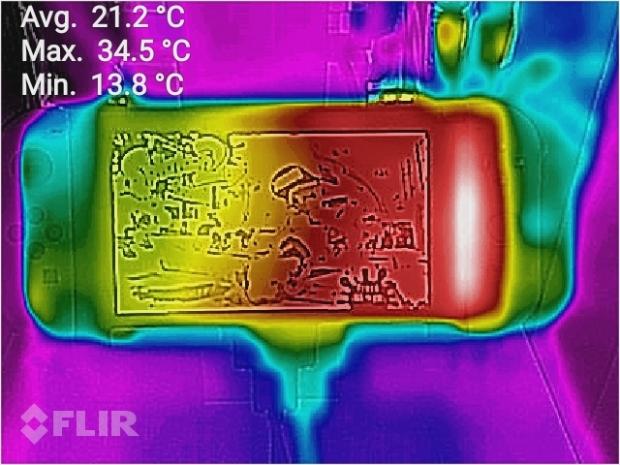 "Undocked while being connected to a charger. The game looked really good in handheld mode (forgot if it was mirrored to the screen in front of me)." 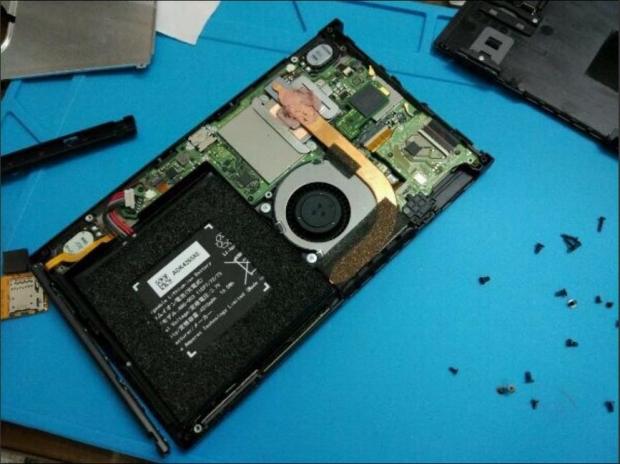 It's also worth mentioning that the Nintendo Switch will almost assuredly run hotter when docked as the GPU and CPU are fully unlocked to deliver up to native 1080p 60FPS performance.

While taken on-the-go the Switch switches its graphics and processing performance to a downclocked mobile mode to preserve battery life and help mitigate heat.

It'd be interesting to see just how hot the Switch gets when its docked while playing Zelda: Breath of the Wild, but we'll have to wait a bit before that kind of info comes out.

The Nintendo Switch will release on March 3, 2017 for $299. Check below for a massive catalog of everything we know about the Switch so far.