An invite sent to the press has revealed that Google is planning on hosting an event next week that will unveil its work on artificial intelligence and how it will power Google Search. 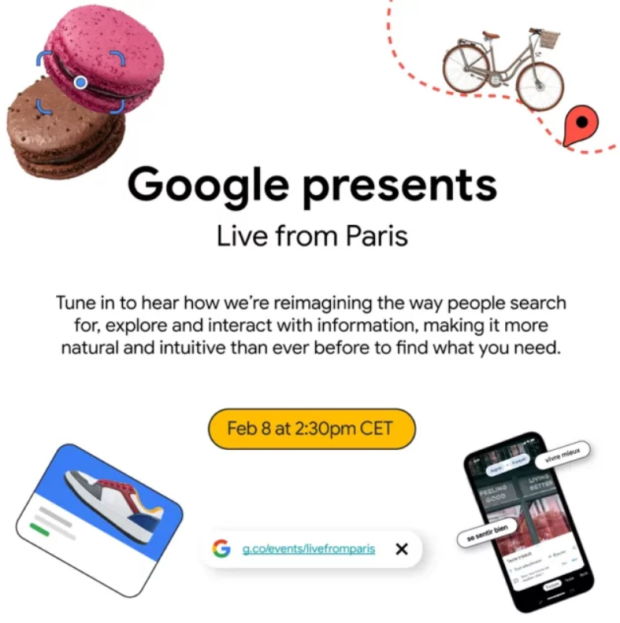 According to an invitation sent to The Verge, Google will be hosting a 40-minute livestream event on YouTube on February 8 at 8:30 AM ET. The event will cover the use of artificial intelligence and how Google is wielding AI to reimagine how people search for, explore and interact with information on its platform. The company explains that its developments in AI have made it more natural and intuitive than ever before to search for information.

This announcement of a new event appears to be a knee-jerk reaction from Google in response to the mass popularity of OpenAI's viral sensation, ChatGPT. Notably, ChatGPT is being integrated into Microsoft's Bing browser, which may allow Bing to offer more interactive and informative results when queried by a user. This feature of more intelligent summaries may cause Google to lose users, hence its decision to now reveal what its been working on behind closed doors.

Continue reading: Google responds to threats by ChatGPT with its own AI that'll be revealed soon (full post)

Twitter is having a field day after it was discovered that one of Netflix's new pieces of content credited artificial intelligence for its role in the development of the movie.

The new anime is called "Dog and Boy" and is a short film by Netflix Anime Creators Base under an "experimental effort" to address the anime industry's labor shortage, according to a press release posted to Netflix Japan's official website. The short film began production in January 2022, and according to Netflix, the project was to demonstrate the capabilities of AI-generated artwork being used for the background images throughout the video. These background images created by the AI were guided by humans but generated by the AI.

While the story of the short film itself was moving, the fact that Netflix credited artificial intelligence with "+humans" in brackets sparked outrage on Twitter. With many users rallying behind the idea that Netflix has chosen to test out how AI-generated content performs so it can reduce its costs by eventually not paying animators. Additionally, the credits at the end of the short list Rinna Inc, an AI artwork company, and several AI researchers.

A show called 'Nothing, Forever' runs 24/7 on Twitch using OpenAI's GPT-3 model to generate endless episodes of the hit sitcom Seinfeld. Visually it looks like an early 3D game that might have appeared on the original PlayStation or a 3dfx Voodoo PC from the 1990s. 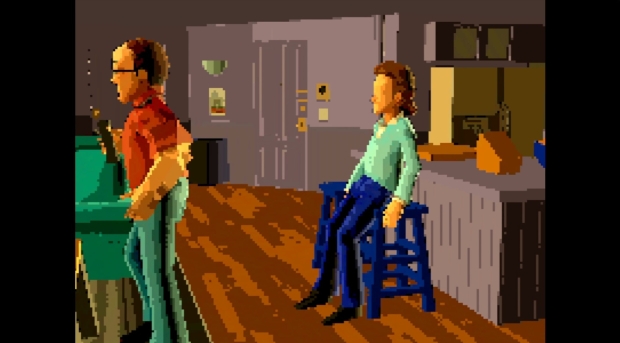 And with the AI-generated jokes and dialogue being of the "very weird" and "strange" type, the stilted animation gives the whole thing a dreamlike quality. This is probably why thousands are tuning in to watch.

If you're a fan of Seinfeld, you'll no doubt be familiar with Jerry's apartment as the backdrop for many interactions, not to mention the crude renditions of Jerry, George, Elaine, and Kramer. Except here, Jerry is called Larry, in a nod to Seinfeld's co-creator Larry David. There are even stand-up comedy interludes ala the show, but these sound more like bizarre stream-of-consciousness observations than actually funny jokes.

Continue reading: You can watch a never-ending AI-generated episode of Seinfeld on Twitch (full post)

The team behind the viral artificial intelligence ChatGPT has created a tool that checks if text was written by a human or an AI. 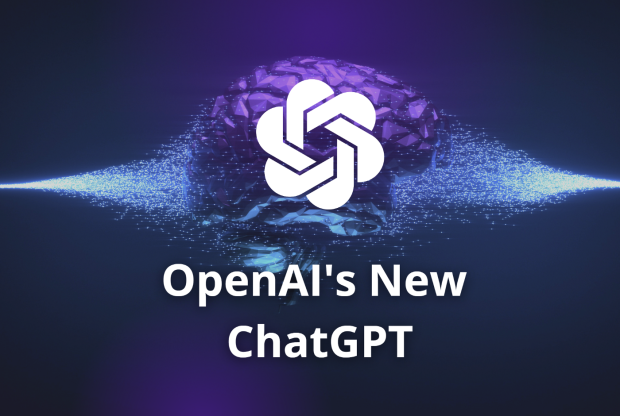 It was only recently that OpenAI, the creators behind ChatGPT, talked about how popular their artificial intelligence has gotten since its release. Officials at the company explained that they had no idea that ChatGPT was going to be so popular and that the response they saw from the internet was "definitely surprising". Through ChatGPT's massive popularity, some problems have occurred, such as students using the AI to generate essays and other written work.

Since ChatGPT can produce text responses at a very impressive level, educators are having trouble determining if the students' work was written by them or an AI. In response to these complaints, OpenAI has rolled out a new tool that's designed to help individuals that wish to check if the specific text was written by a human or an AI. Unfortunately, the tool isn't entirely accurate, as its success rate is only around 26%. However, OpenAI says that the tool is best used with other methods for checking over text and that it may be useful to some people.

Twitter is moving ahead with its plan to make Twitter Blue one of its main sources of revenue but ahead of the company is a long battle with bot accounts utilizing artificial intelligence.

Musk took over Twitter back in October, and since then, the Tesla CEO has made a plethora of changes while also dramatically reducing Twitter's total number of employees. One of its main focuses for Musk is bringing value with Twitter Blue, which now gives a blue "verified" checkmark to any account that purchases it. Before Musk's takeover, the verified checkmark indicated the account was authentic, while Musk's pay-wall system has given nefarious actors an easy way to gain access to the "verified" checkmark.

Now, reports are surfacing regarding Twitter accounts operated by bad actors using artificial intelligence systems to generate profile images that imitate real-life people. Since the profile picture appears to be a real-life person, these accounts are given the checkmark. Unfortunately, the operators of these accounts are using their verification to push specific political agendas across the platform. For instance, one account that was found described itself as a "nationalist," "anti-liberal," and "anti-cringe".

VoiceLab, which replicates any voice via AI, is adding safeguards

Some examples include people making it sounds like Joe Biden is announcing that the US will send troops into Ukraine, celebrities reading excerpts from Mein Kampf, and all manner of racist and offensive messages.

ElevenLabs' AI speech tool, VoiceLab, lets you "clone" someone's voice from a one-minute clip of them speaking, allowing you to have at it with the cloned voice able to spit out any 2,500 characters via a text-to-speech interface.

With the state of discourse on the internet and anonymity, it's not a surprise that people have been taking advantage of and abusing the tool to create objectionable material and spreading it online.

Recently we reported that legal advice startup DoNotPay was planning to have two defendants dispute speeding tickets with AI "robot lawyers" feeding them what to say. DoNotPay even describes its app as "the world's first robot lawyer," using AI text generators like ChatGPT and DaVinci. 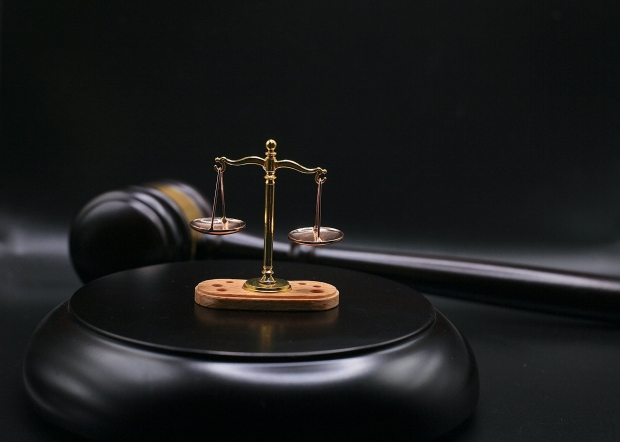 These traffic ticket disputes were just the first step in what the company hoped might lead to AI helping defendants take on corporations or even suing someone on their behalf. Well, as it turns out, these robot lawyers won't be pleading any cases anytime soon. The planned February 22 California traffic court hearing will now be robot lawyer free.

Like most of us, it looks like the legal system is a little scared of a potential robot uprising - and enslavement of the human race via what we assume would be lawful means. DoNotPay CEO Joshua Browder has told NPR, "Multiple state bars have threatened us; one even said a referral to the district attorney's office and prosecution and prison time would be possible."

Continue reading: Robot lawyer that was going to contest a traffic ticket is no longer on the case (full post) 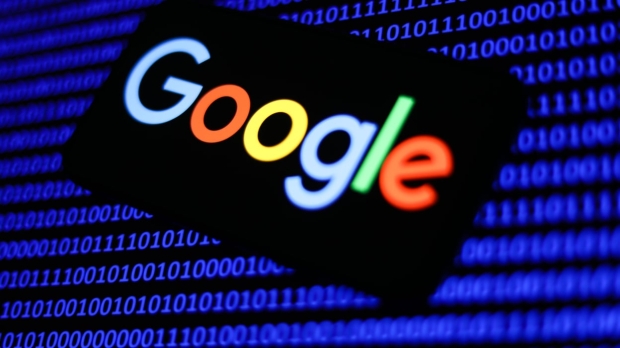 The release of OpenAI's ChatGPT, and the widespread response from the public has put a big spotlight on AI-based services and what they have in store for users in the future. ChatGPT is already capable of answering most questions users can throw at it while also being able to write basic programs in multiple different programming languages. Notably, ChatGPT is already being used by students as anyone with an internet connection can simply ask the AI to provide them with any form of essay on whatever question they are required to answer.

However, ChatGPT is limited to text and does have its limitations. This is where other AI systems come into play. Introducing Google's MusicLM, an AI that's designed to generate high-fidelity 24 kHz music from text descriptions. According to a newly published research paper, the AI is capable of generating songs from rich text descriptions as well as sound prompts. MusicLM is claimed to create "original" songs from its database of sounds.

The explosion of artificial intelligence systems can be traced back to a few different AI projects, but one, in particular, is certainly leading the charge for the next evolution of technology, and that is OpenAI's ChatGPT. 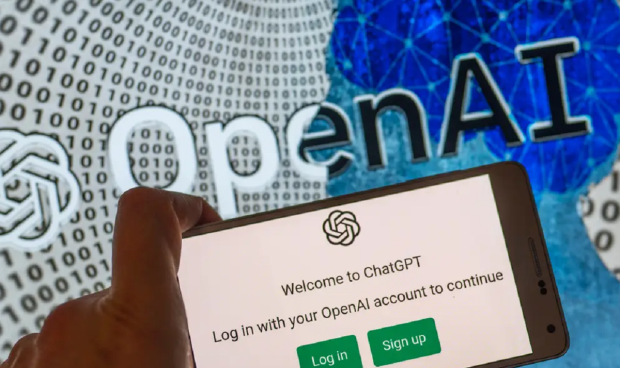 In a new interview with Fortune, executives at OpenAI revealed the AI chatbot is much more popular than they initially anticipated. For context, ChatGPT managed to gain more than a million users just within the first five days of it being available to the public. The AI chatbot even has sometimes to force newly joined users to wait in a queue as the site is at capacity. This, of course, depends on the time of day its being accessed.

OpenAI co-founder and president Greg Brockman spoke to Fortune and admitted that he didn't even know if ChatGPT was going to work. OpenAI's chief technology officer, Mira Murati, told the magazine that "this was definitely surprising." Notably, the decision to release ChatGPT to the public was one that was made to overcome hurdles in its development. Brockman said that artificial intelligence was released to the public because the company's initial effort into creating chatbots that are experts in specific areas didn't work out. 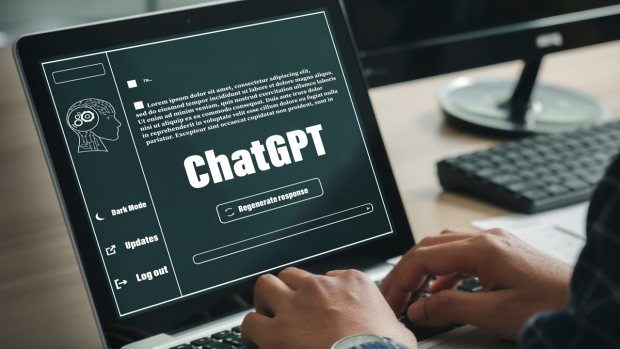