Walmart are about to cut out physically going to their store for groceries, as the big company are about to test a self-driving grocery delivery vehicle. 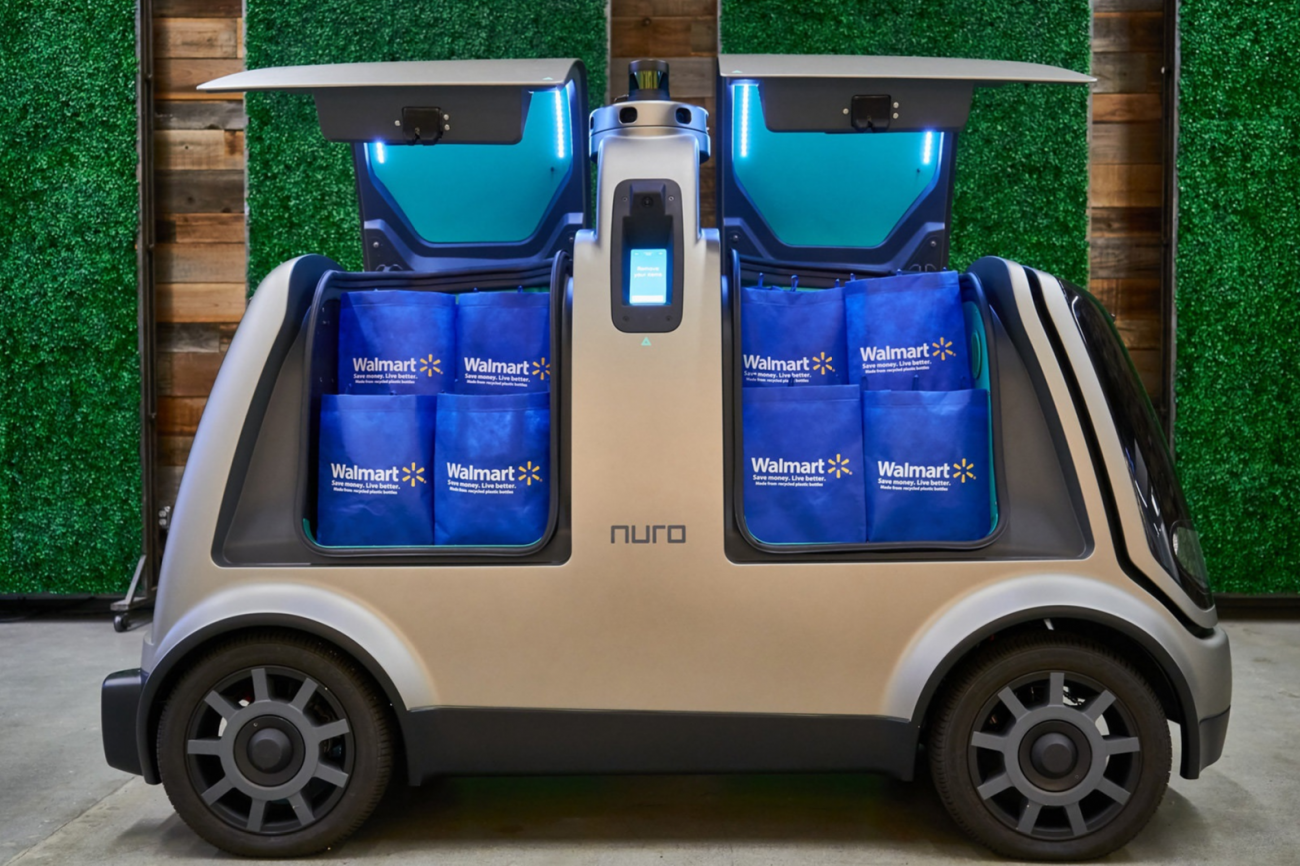 Walmart are partnering up with Nuro's self-driving R1 vehicle which will be the people's grocery ox and cart for all intents and purposes. The test run will be conducted in Houston, Texas, and only for select stores and customers who opted into the program.

The whole point of the test is so Walmart and Nuro can "develop and refine" this coming service which is sure to gain traction in the years to come. This new technology isn't right around the corner just yet as the both Walmart and Nuro have many real-world obstacles they have to overcome. Examples of this would be snow, random sidewalk objects, speed of delivery, accuracy of delivery, regulations etc, etc.

Elon Musk is the real-life Tony Stark, and if you didn't think so before -- you will now. Musk has been spotted out and about on the streets of LA driving Tesla's new prototype Cybertruck vehicle.

TMZ reports that Musk drove up to Nobu on Saturday night in the Tesla Cybertruck, and while Nobu is usually filled with celebrities on any given night -- the prototype Cybertruck was the celebrity that night. Musk had ex-Hulk actor Edward Norton with him, too.

Musk only 24 hours earlier won his $190 million 'pedo guy' defamation lawsuit, and had his girlfriend 'Grimes' alongside Edward Norton at Nobu with his Cybertruck out for a late-night spin.

Tesla plans on launching its Cyberquad electric ATV with Cybertruck

If you have been following Tesla news recently, then you would have probably seen the reveal of the new Cybertruck accompanied by an electric ATV.

While details on the Cybertruck were released, Tesla kept the details of their electric Cyberquad bike under wraps. Today, Tesla CEO and founder Elon Musk revealed on Twitter a titbit of information -- when the Cyberquad electric ATV was going to release.

Tesla Owners SIlicon Valley Twitter account, asked Musk "Any updates on the ATV?" Musk replied and said, the ATV is designed to work with the Cybertruck and current plans put the launch date alongside the truck. To catch up on some previous Cybertruck news, Tesla has already secured 200,000+ pre-orders of the unique looking vehicle, check that story out here. LEGO also poked some fun at the design with their own 'shatterproof' model, more on that here.

Tesla could make cyber dirt bikes, but won't do any cyber road bikes

If you remember back to the reveal of the Cybertruck, Tesla CEO and founder Elon Musk's surprise revealed Tesla's Cyberquad electric ATV. Does this mean more bike variants are soon to come?

Musk Tweeted out last night an appreciation post to anyone who contributed to the design of the hugely popular Cybertruck. In that same Twitter thread, Tesla Owners Silicon Valley replied to Musk asking for any updates on the Cyberquad electric ATV. Musk said that Tesla aims to have it come out at the same time as the Cybertruck, but in the same tweet, he also gave some subtle hints towards some new designs of bikes that Tesla could potentially work on in the future.

Musk says, "Electric dirt bikes would be cool too", and since we already have a fully working electric all-terrain-vehicle (ATV), this doesn't seem that out of the ballpark for Tesla. With the question of Tesla working on an electric dirt bike, the next natural question would be "are Tesla going to make a road bike variant?" Musk jumped out ahead of this question, and said "We won't do road bikes, as too dangerous. I was hit by a truck & almost died on one when I was 17."

Ford and McDonald's are pairing up for a planet sustaining project. McDonald's will be giving their coffee bean husks to the car manufacturer so they can be recycled into parts. 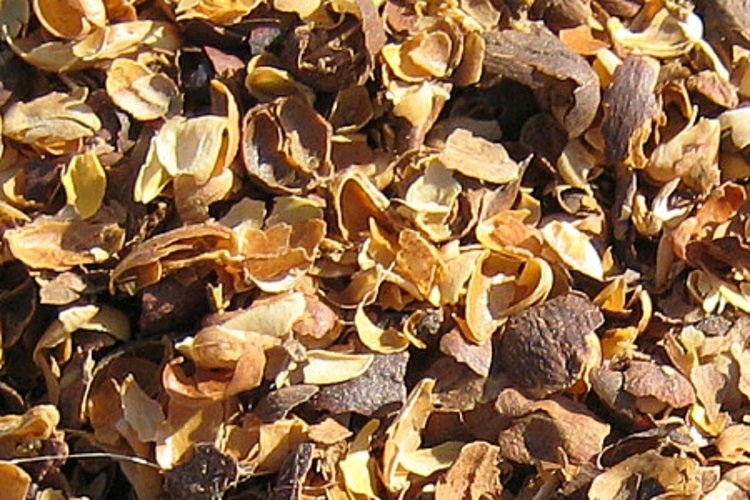 Ford and McDonald's have teamed up to make use of the excessive coffee bean chaff that McDonald's generates. Instead of the husks being thrown into the bin and becoming landfill, Ford will be taking the coffee chaff from McDonald's and heating it to high temperatures while mixing in other ingredients such as plastic to create durable products. These products will then help the company make car parts that are 20% lighter and more "greener".

Ford discovered that recycled coffee chaff is "significantly better" heat properties than the current material that is used in Ford's vehicles. Ford has also said that when the recycled coffee is in large development, they will be able to enjoy 25% energy saving on the entire process. At the moment, McDonald's alone produces 62 million pounds of coffee chaff each year, which seems like plenty of resources for other car companies to jump on the greener alternative.

Hyundai Motor just announced it is making a truly gigantic investment into the future of transportation, with a $52 billion investment into flying cars, self-driving cars, and electric cars. 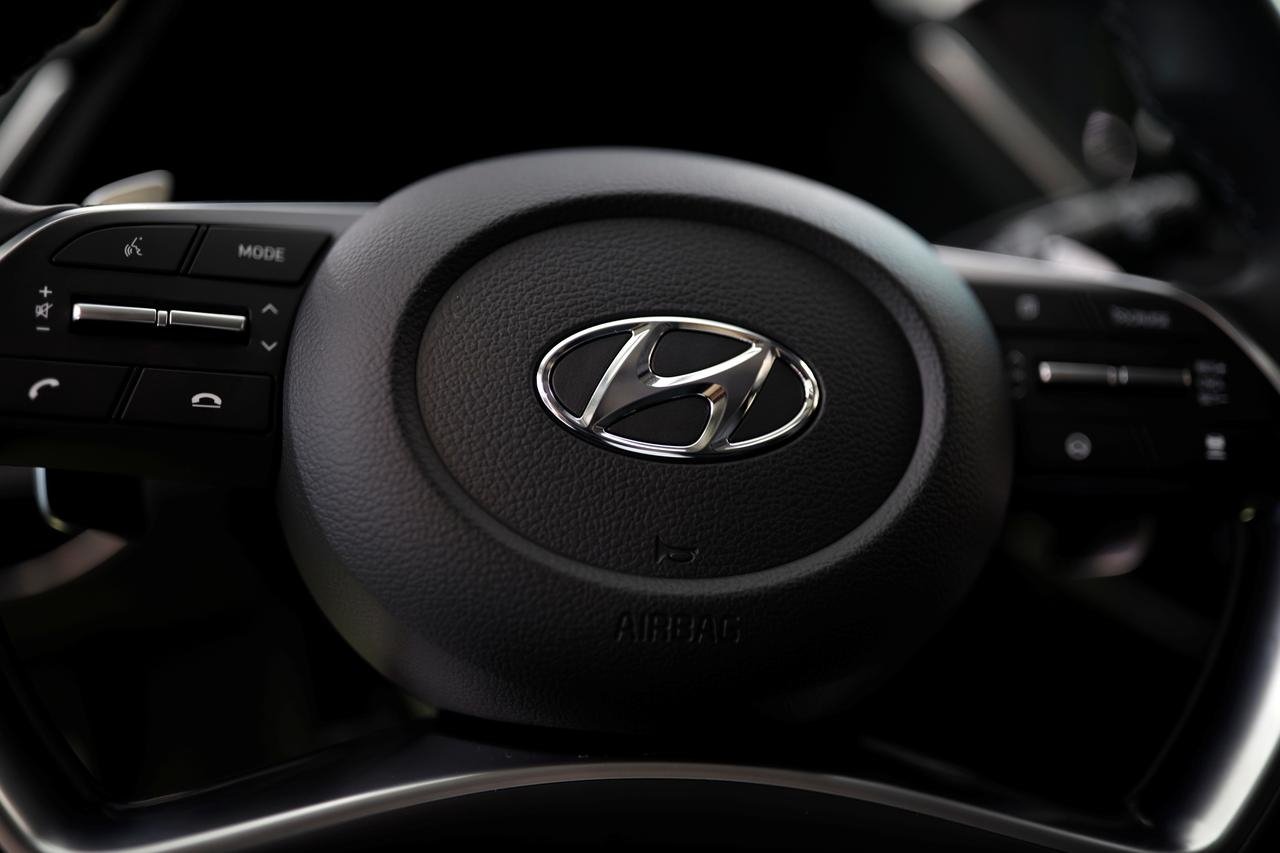 The investment is a push to see Hyundai Motor, which owns both Hyundai and Kia, to become a "frontrunner in the future mobility industry". The company said it wants to evolve from being just an "automaker" to a "smart mobility solution provider" by 2025.

Hyundai Motor will use the $52 billion investment into flying cars, which will fly into our lives in the form of something Hyundai calls personal air vehicles, robotics, and last-mile mobility. But there will be significant resources pumped into the R&D of electric vehicles to compete against other automakers, and especially industry-leaders and trendsetters in Tesla Motors.

If you do a quick Google search of what cars the Dubai police force have available to them, you will find a selection of supercars. While the practicality of these cars might not necessarily be there for every car, Tesla's Cybertruck might actually fit the bill.

According to the official Twitter account of the Dubai Police, Tesla's recently announced Cybertruck is going to be joining their fleet of vehicles. The Cybertruck will be parked alongside Dubai's supercar line which contains the Aston Martin One-77, Audi R8, Bentley Continental GT, Bentley Bentayga, Bugatti Veyron and more. In the past residents and outsiders have criticised Dubai's police force for their choice of vehicles, saying that they are more for show rather than practicality.

While that might be the case for the already present supercar line, Tesla's Cybertruck could actually be very practical. The Cybertruck has an extremely thick steel shell, combining that armor with its speed it could make for a great pursuit vehicle that would almost feel like Batman's Batmobile tumbler. The Dubai Police force say that the Cybertruck will be coming in 2020, I find that hard to believe since the Cybertruck isn't going to begin production until late 2021. Unless they are getting an early order? 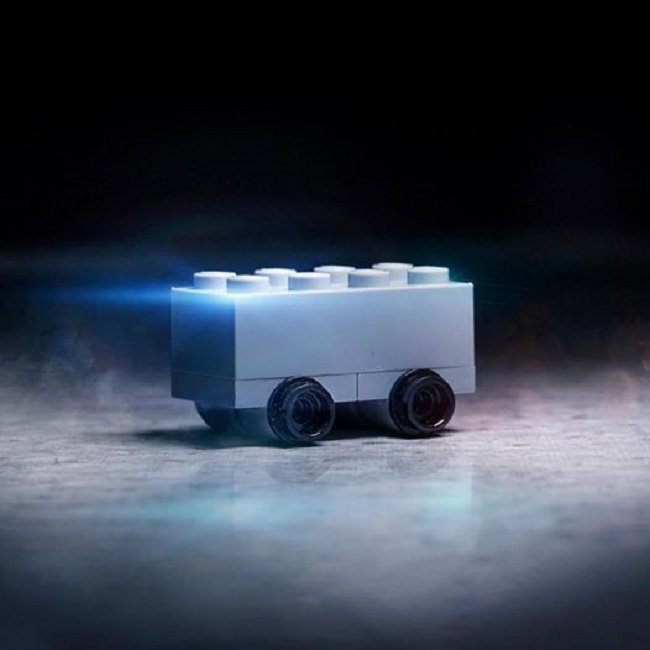 During the presentation, Elon Musk said that the Cybertruck would have shatterproof windows, and then proceeded to demonstrate their durability by having Tesla lead designer Franz von Holzhausen toss a metal ball at them. To his and the audience's surprise, both windows shattered on impact.

Musk laughed off the windows damage and said that to Tesla's credit, they didn't go through the window and that they would fix this problem in post. LEGO has now taken that moment in Musk's presentation, and created their own evolution of truck they are marketing as "guaranteed shatterproof". LEGO are clearly poking some fun at Tesla's unique design, and the funniest part about it is that the LEGO piece doesn't even look that different from Cybertruck's design.

Americans clearly hate Tesla's Cybertruck more than they love it

Tesla's newly announced cybertruck has divided truck lovers everywhere with its peculiar looking design. But do more people hate it more than love it? 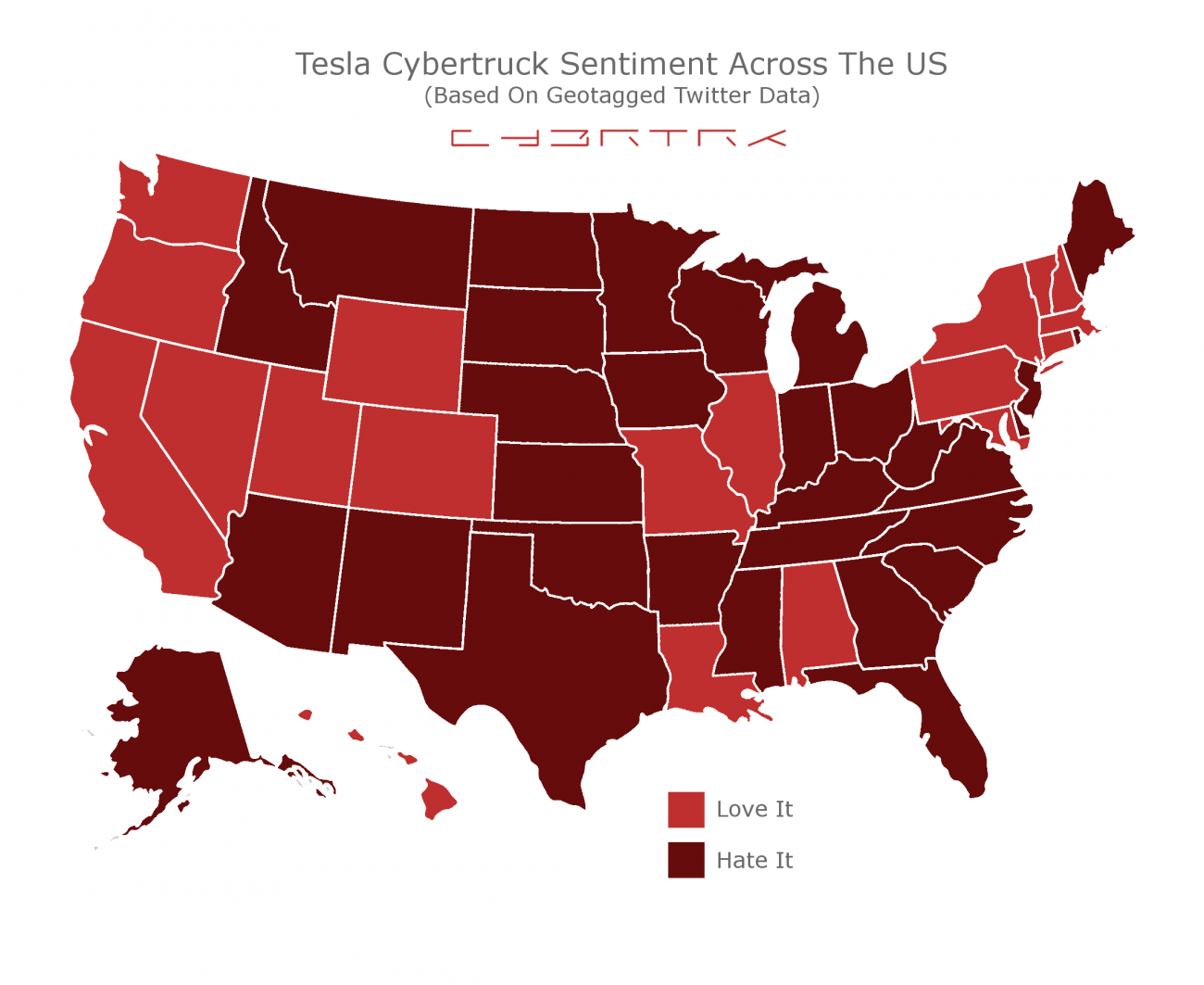 The above map is based on geotagged Twitter data that has been scraped over the past 12 hours. The data was accumulated through tracking over 100,000 tweets on the hashtag #cybertruck. Within those tweets, the phrases; I hate it, I love it, I hate the design, I love the design, ugly and awesome were also tracked.

From those statistics partcatalog put together the above map, giving a visual representation of how each of the states feels about Tesla's cybertruck. From the map, we can see that the feels are pretty divided, with 19 states loving it and 31 states absolutely hating it. The map also indicates that there is a regional component at play as well, with the West Coast and Northeast hating it the most.

Tesla Cyberquad ATV ships as an add-on for Cybertruck

Tesla shook the world with the announcement of its electric pickup truck in the new Cybertruck, but Tesla Motors and SpaceX CEO Elon Musk also unveiled the all-electric ATX as well. Tesla has already sold over $10 billion worth of Cybertruck's in the last few days. 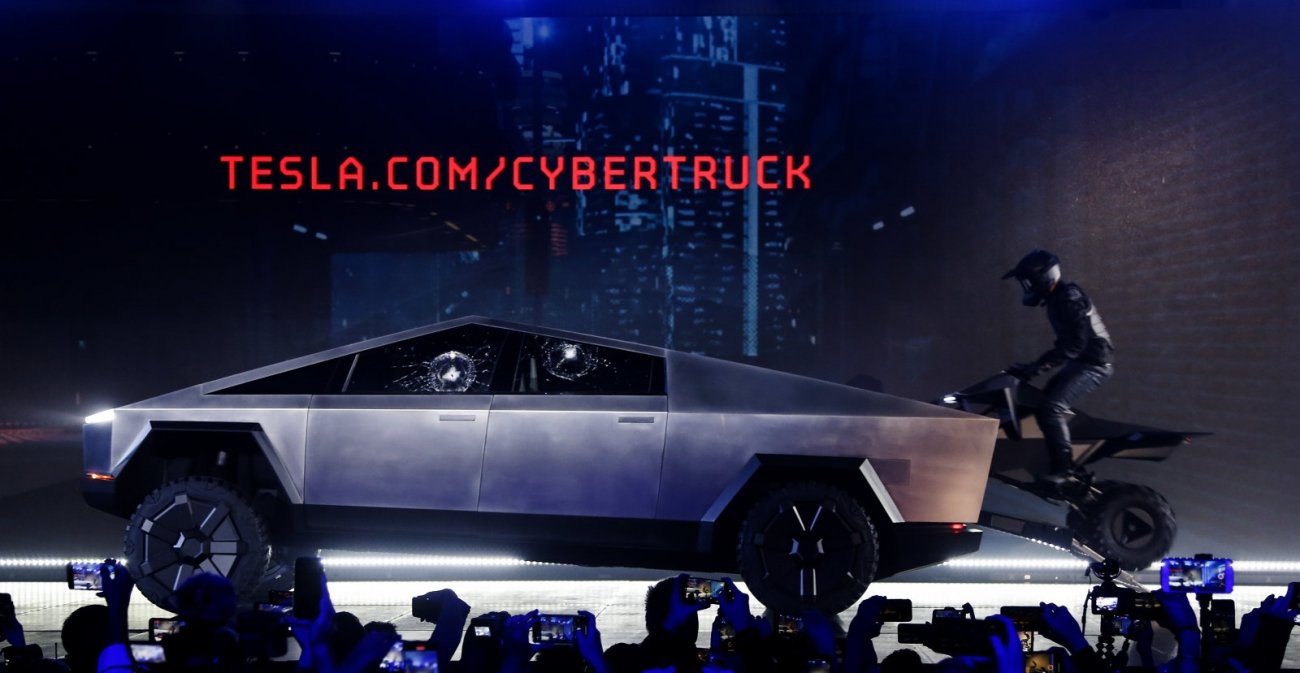 Tesla hasn't unveiled any hard details on the Cyberquad, but we do know that you will be going off-road with an all-electric ATX that I'm sure is going to be a blast to ride -- and once finished, ride back up into your Cybertruck to charge and transport to/from home.