The latest and most important Technology in Vehicles news - Page 9.

Admit it -- you've always wanted to see what a Tesla vehicle would look like in a crash test environment, and now you've got your chance.

Tesla has provided an insider look at its internal Crash Lab, where it crashes its electric vehicles to find out how it can make its vehicles even safer. Before using actual Model 3 vehicles, Tesla Motors will (like any other automaker) use computer modeling to find issues with its cars before smashing them at high speeds into walls.

Tesla's latest Model 3 has specially-designed front passenger airbags that in the case of an accident, will wrap the passenger in the airbag to keep them from smashing into the interior of the Model 3. Tesla claims that its Model 3 vehicle is one of "the safest cars on the road".

Elon Musk is being Elon Musk on Twitter once again, with the SpaceX and Tesla Motors founder teasing its highly-anticipated pickup truck that will be unveiled in November.

Tesla has been hard at work on making an all-electric pickup truck after dominating the EV market, as well as making waves in the trucking market with the Tesla Semi, and now it will be unveiling a new pickup truck that Musk teases will look like an "armored personnel carrier from the future".

We know that the American Dream Car is no longer a Lamborghini but rather Tesla's Model S... so what happens to the American Pickup truck when Tesla unveils its new all-electric beast? We know that it will pack a dual-motor all-wheel drive with Musk teasing it will have "crazy torque & a suspension that dynamically adjusts for load".

Everyone who is constantly on the road these days wonders about when car companies are going to start to make the transition to electric vehicles and phase out combustion engine cars. Porsche are beginning to do that, starting with the Macan. 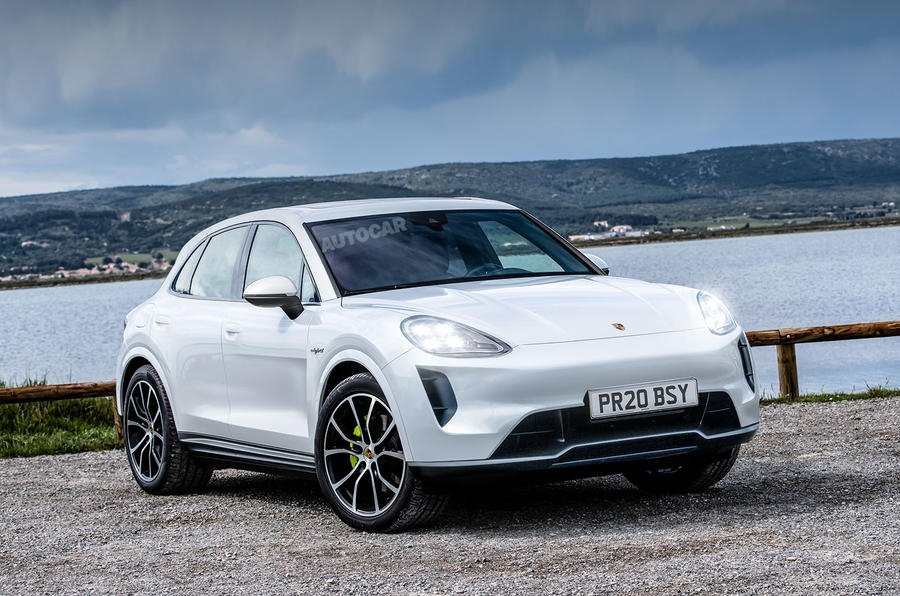 According to an interview with Autocar, Porsche's chairman, Lutz Meschke said that when the Macan EV rolls out its combustion engine counter-part will also arrive alongside it, but only for a select period of time. Meschke says that in 2021 both cars will arrive for consumers to purchase, but the gas variant will only be available for a "couple of years" before being consumed by the electric variant.

Meschke says that the transition between the two vehicles will be "different by region", so don't expect it to happen worldwide all at once. Porsche's SUV director, Julian Baumann gave some details on the electric vehicle variant and said that the car will be much more aerodynamic than the gas counter-part, and will still maintain "everyday usability". Meschke also touched on how long it would take for most of Porsche's vehicles to become electric, he estimated that 30 - 40% of Porsche's will be electric within five years.

Olympian runs in a bubble FULL of hydrogen car EMISSIONS

Hyundai has quite the marketing video for its Nexo: a hydrogen fuel cell-powered SUV that emits just water and oxygen, getting an Olympian to run inside of a bubble in its emissions.

It's hard to convey just how clean a hydrogen fuel cell-powered SUV is, so getting a super-fit Olympian (in this case, Olympic swimmer and brand ambassador Mireia Belmonte) to run on a treadmill inside of a bubble that is sucking in the emissions from Hyundai's Nexo is a neat-o idea.

Hyundai makes it clear that the vehicle only emits water and 99.9% filtrered oxygen, with the South Korean car giant teaming with the Spanish National Centre on Hydrogen and a sports medical center to make sure the entire test was safe -- and in the end, we get an awesome display at how efficient and green the Nexo hydrogen fuel cell-powered SUV is.

NASCAR is getting into the hybrid and electric vehicle movement (they can't ignore it anymore, I guess) with NASCAR senior VP of Racing Development John Probst announcing during an interview with TechCrunch that they're preparing for hybrid vehicles entering NASCAR races as soon as 2022. 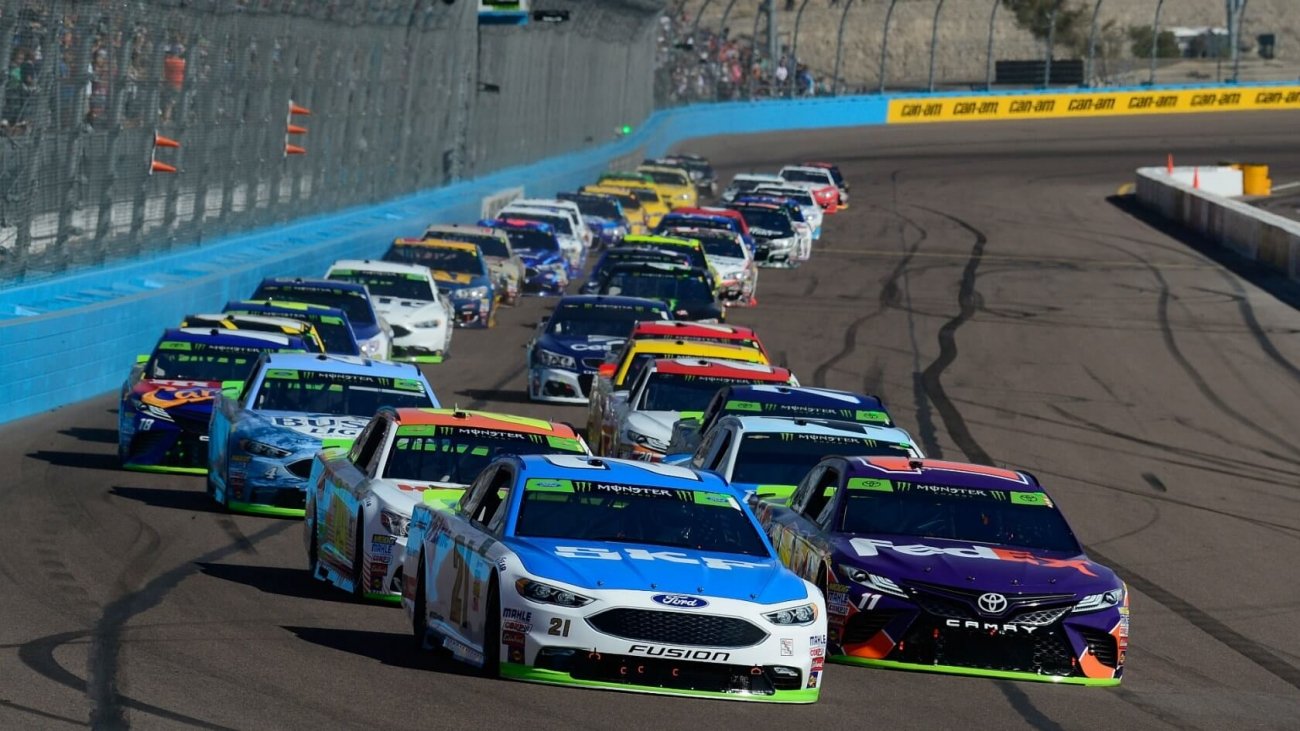 Probst says it will start with hybrid vehicles and eventually extend to electric vehicles, but it won't be an instant overnight switch being flicked. NASCAR says it will be waiting for "Next-Gen gas race car" guidelines that will arrive in 2021, after which we can expect the full push into the world of hybrid and EVs entering NASCAR races.

NASCAR says that hybrids and electric vehicles aren't a perfect match for its current tracks, so the organization will have to investigate the possibility of making shorter tracks for hybrids and EVs. In these modified, shorter tracks drivers can take advantage of regenerative braking on hybrids and EVs in order to battle other racers.

Continue reading: NASCAR wants hybrid cars in its races by as soon as 2022 (full post)

2020 Olympic Athletes will cruise around in 20 automated robot buses

The 2020 Tokyo Olympics is gearing up to pioneer some of the biggest technology leaps, from Intel saying they are going to be using 3D athlete tracking technology, to now automated buses for transport. 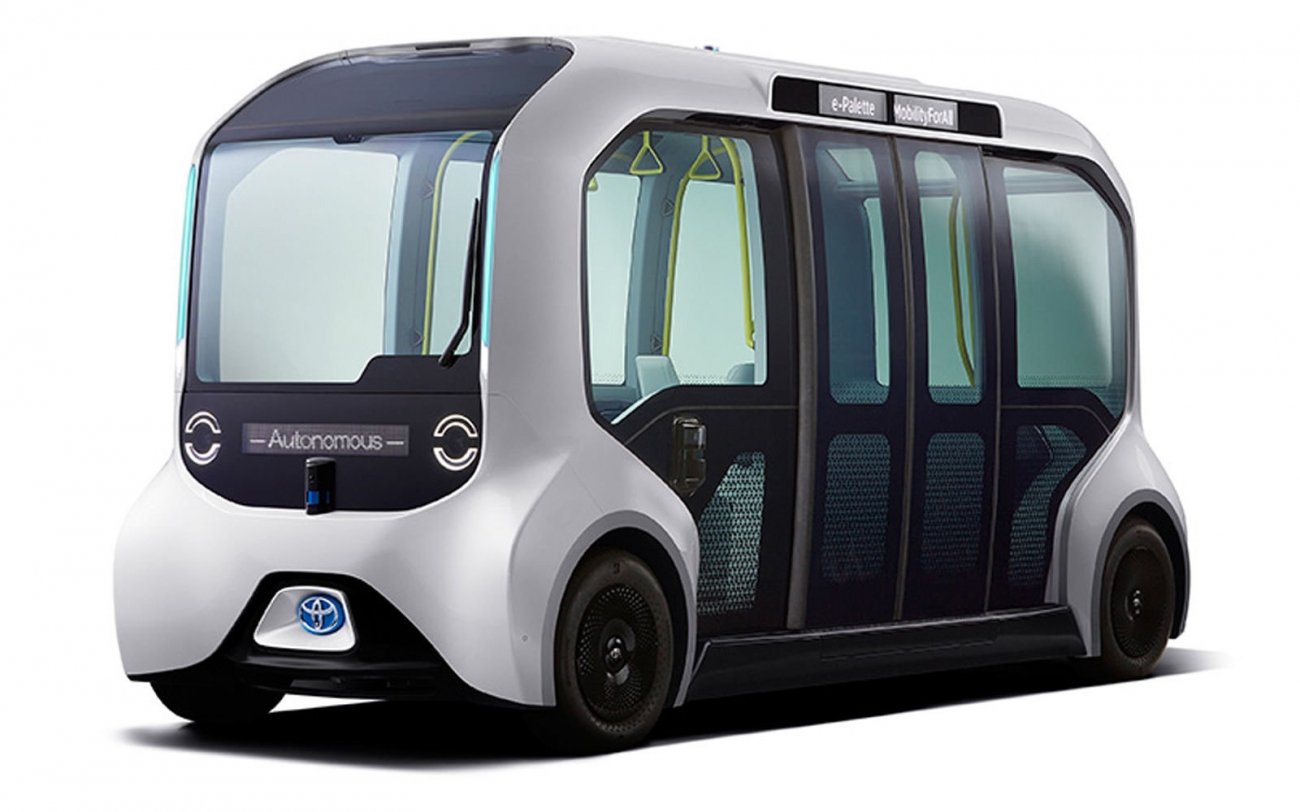 Toyota has announced that they will be supplying 20 of its e-Palette electric vehicles (which look like mini-buses) to both the 2020 Tokyo Olympic and Paralympic Games. The e-Palette vehicles will serve as automated transportation for athletes, and will cruise through the athletes' village in a loop at a very reasonable 12 miles per hour.

Each of the vehicles will have a safety manager on board and Toyota also mentions that the vehicles have been equipped to house the needs of all of the athletes. According to the press release, Toyota say that the vehicle can transport up to 4 wheelchair passengers at once while also providing easy access via an electric ramp and large opening doors. The 2020 Tokyo Version of the e-Palette is specifically designed for mobility, and will serve as the best-friend to any athlete that needs it. 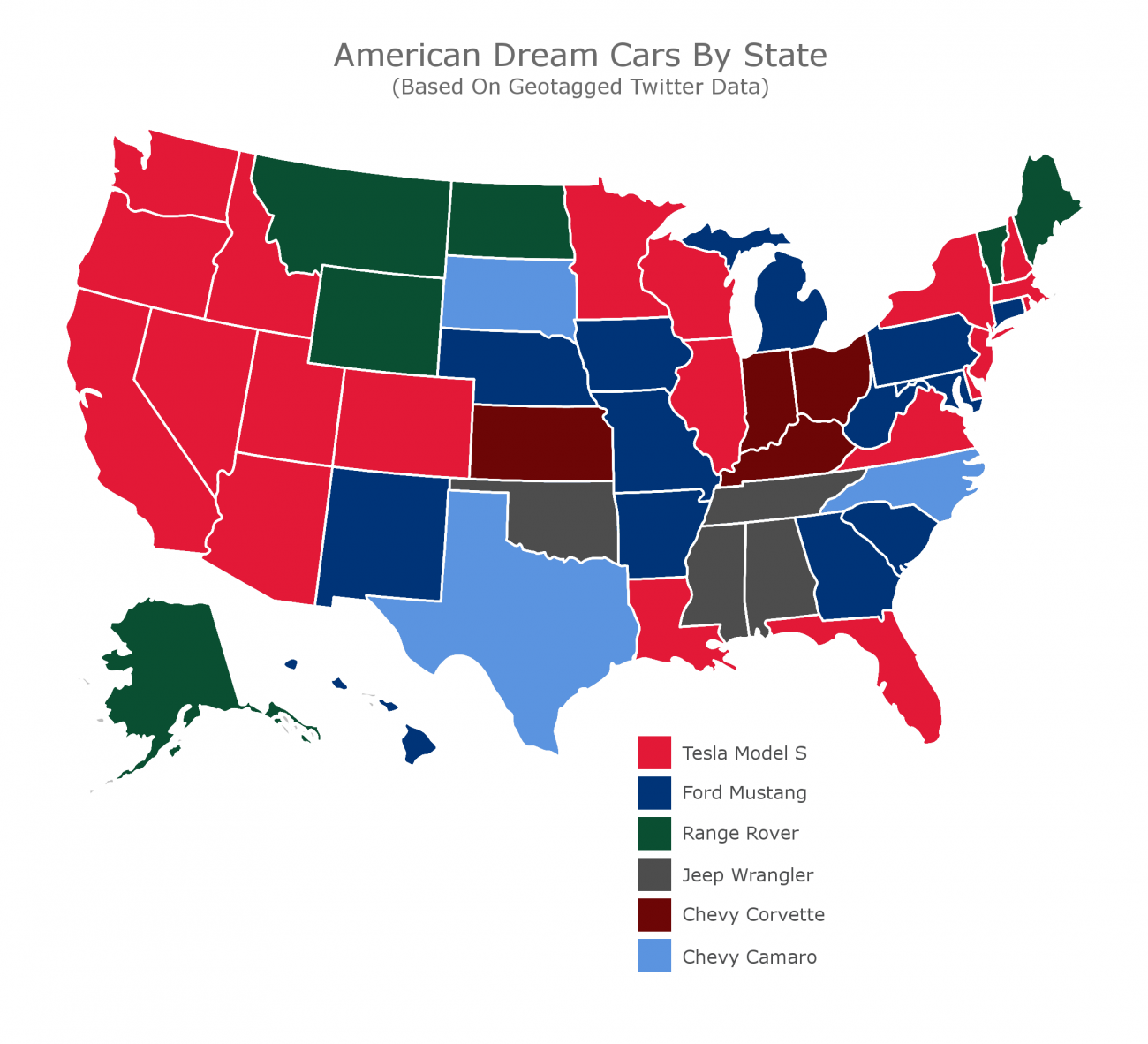 Above we have a map that shows geotagged Twitter data that has been scraped over the past three months (July to now). The data was collected by Autowise through tracking any mentions of "dream car" or #dreamcar. Then the data was organized into what car is most wanted by each state, the results are what you see above.

According to Autowise's data, six cars dominated conversations; Tesla Model S, Ford Mustang, Range Rover, Jeep Wrangler, Chevy Corvette and Chevy Camaro. The Tesla Model S absolutely dominated the scene with 20 states saying that this car was their dream car. Coming in at second place we have the Ford Mustang with 13 states, and following not-so-closely behind is the Range Rover with 6 states.

Soon Tesla owners will be able to customize their horn sound, with the possibility of also being able to upload their own audio file and use that for a horn.

Tesla Motors owner, Elon Musk took to Twitter yesterday to announce that "Customized horn & movement sounds" are soon to be "coming to Teslas". One of the sounds that Musk teased was "coconuts being one, of course" which seems to be reference to the Monty Python and Arthur's entrance on his imaginary horse. (video located below).

Musk also said that he "will consider" allowing Tesla owners to upload their own audio files to use as horn sounds. While that sounds like a great idea at first, Tesla could have potential trouble with some countries horn standard laws and how that falls under road-safety guidelines. There is also always the potential of Tesla owners changing their horn sounds to blast vulgar language, and while that would certainly be amusing to hear walking down the street, it wouldn't provide necessary road utility.

Tesla could soon have 1 MILLION MILE battery in its cars

As it stands, the Tesla EVs of today have power cells with lifespans somewhere between 300,000 and 500,000 miles -- but now we could be looking at upwards of 1 million miles thanks to new research. 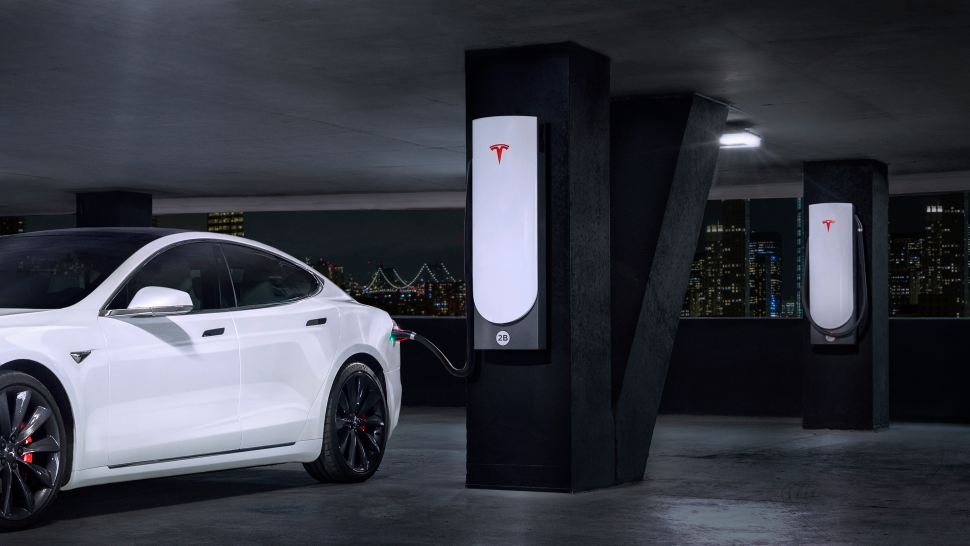 This is what Elon Musk and Jeff Dahn are talking about in a new paper in the Journey of The Electrochemical Society (JES) which teases we might be living in a world with Tesla EVs that have 1 million mile batteries.

Tesla's battery research arm is partnered with Dahn and his research team, with Dahn explaining: "Cells of this type should be able to power an electric vehicle for over one million miles and last at least two decades in grid energy storage".

All eyes have been on Tesla for years with its growing family of electric vehicles, but now Byton has joined the match with its first EV in the new M-Byte SUV -- and it feels like it's ripped right out of the future.

Byton has used an eye-catching 48-inch display built into the dash, as well as multiple control screens including one built-into the steering wheel itself.

The huge 48-inch screen will be the centerpiece of the EV, with Byton saying that it has split it into 3 sections. To the left-hand side (the drivers side) you'll see the instrument cluster which will have speeds, fuel levels, turn signal indicator, and more. There's also a visualization of the driver-assist system, too.