This customized 1981 Ferrari 308 GTBi with a Honda K24 engine took 16 months to complete, but it really is something else. The car was shown off during SEMA Show 2022 at the start of November. Mike Burroughs originally set off to become the first person to complete a K-swap engine in a Ferrari. Here is a full look at the work done by StanceWorks:

As Burroughs told Jalopnik: "The car was super clean inside and out and in decent mechanical shape. I felt a little bad at first about cutting it up, but at the end of the day, there's a reason these cars are still among the cheapest Ferraris out there. They're gorgeous, but they're just not that good in stock form."

The tuner market has found the Honda K engine to be extremely popular to modify - or swap the engine out of - as they can generate lots of horsepower and prove extremely reliable. Not surprisingly, the project riled up some Ferrari fans, as some of them were displeased about the Ferrari engine being yanked out. 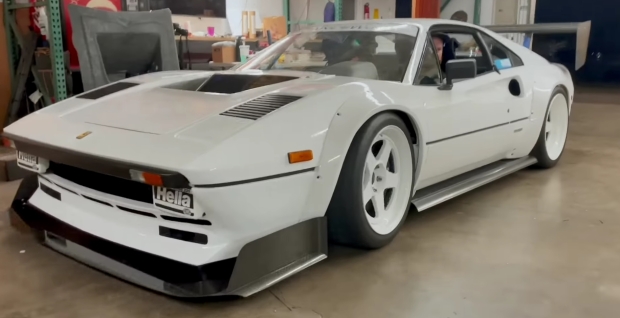 Not surprisingly, the customized Ferrari was one of the popular builds at SEMA 2022, with TopSpeed ranking it No. 3 on its top 10 SEMA builds list.

If you haven't checked out the StanceWorks YouTube, most of the content focuses on car customizations. There are almost 120 videos in just "The Ferrari 308 Build" video playlist. As a random aside, Burroughs plans to drive the car both on the street and on a track.