The latest and most important Technology in Vehicles news - Page 8.

200,000 pre-orders of Tesla Cybertruck reached, worth over $10 billion

Tesla is really racking up the pre-orders of its exciting new Cybertruck, with Tesla Motors and SpaceX CEO Elon Musk tweeting that the company has received over 200,000 pre-orders for the Cybertruck so far.

It was barely 24 hours ago that it was reported Tesla had over 146,000 pre-orders of its new Cybertruck, seeing the company rack up over $7.5 billion in sales pretty quickly -- but with 200,000 vehicles now sold those numbers have increased. Just a quick, rough calculation of 30% more Cybertruck's sold on the $8B already sees that number climb north of $10.6 billion.

Tesla had 128,000 reservations of its Model 3 in the first 24 hours post-debut, so while the Cybertruck is lagging... there are a few things to consider. First, the Tesla Cybertruck is a much more expensive electric vehicle -- and it has 3 different models at varying prices. Secondly, it is not a mainstream car and has a specific audience it is aimed at.

Tesla sells $7.5 billion worth of its new Cybertruck's already

Tesla made waves all around the world with the unveiling of its futuristic Cybertruck, which Elon Musk himself has now tweeted that the company has received 146,000 pre-orders so far.

Tesla Motors' own numbers directly from company CEO Elon Musk show that more customers want the higher-end models versus the single-motor Cybertruck. If the calculation of the 146,000 models seeing half of them with the optional Autopilot upgrade that costs $7000, that means Tesla has had over $7.5 billion worth of pre-orders of the Cybertruck already.

Tesla Cybertruck: the electric truck from the future starts at $39,900

Tesla has finally unveiled its mega-hyped electric pickup truck which the company has called the Tesla Cybertruck, which starts at $39,900 and over 250 miles of range. There are two other models with more power, more range, and higher prices. 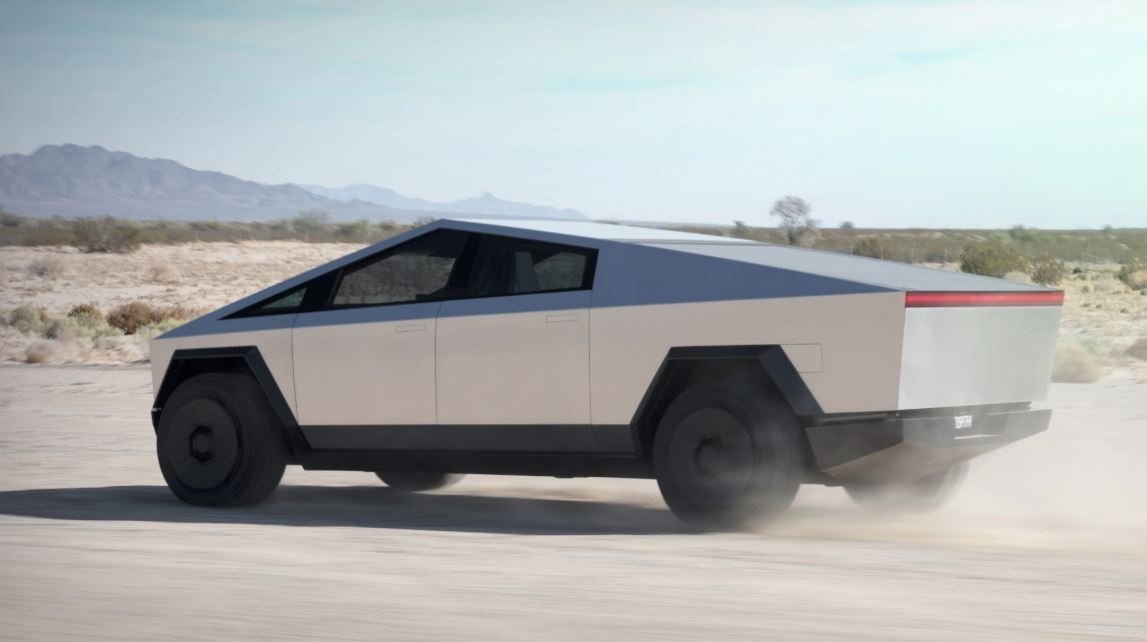 Elon Musk unveiled the new Tesla Cybertruck at its Tesla Design Center in Hawthorne, California, with the Cybertruck made from cold-rolled steel, armored glass, and adaptive air suspension.

Tesla pushed out a new over-the-air update to its entire electric vehicle line up, offering some big upgrades across the board in different ways. But there was one, for the Model 3 and its acceleration upgrade, that saw a drag race showing a clear winner.

Model S owners will get a little bit more range from the new update to their EV, with the Tesla Model S range increasing from 373 miles to 380 miles. SpaceX and Tesla Motors CEO and founder Elon Musk said during Tesla's recent earnings call: "And there are some software improvements that we think will make that even better".

Musk added: "I forgot to mention, we're also expecting there's going to be an over-the-air improvement that will improve the power of the Model S, X, and 3. It should be in the order of 5 percent power improvement due to improved firmware". Not too bad for an update to your vehicle, right?

Back in early October, Elon Musk took to Twitter to tease the design of the Tesla pickup truck. Musk is now at it again, but this time he is teasing its release date.

Then during the Tesla annual shareholders meeting in June, Musk said that 'Cybertruck' is designed to be a benchmark of Ford's F-150. Musk said the Cybertruck should "meet or exceed an F-150. If the F-150 can do it, then a Tesla truck should be able to do it." Just last night, Musk took to Twitter to announce that the Cybertruck will be unveiled on November 21st, in LA, near SpaceX rocket factory.

When you think of Segway, you most likely think of the Segway PT, but now you are going to think of dirt bikes, yes, that's right, dirt bikes by Segway. 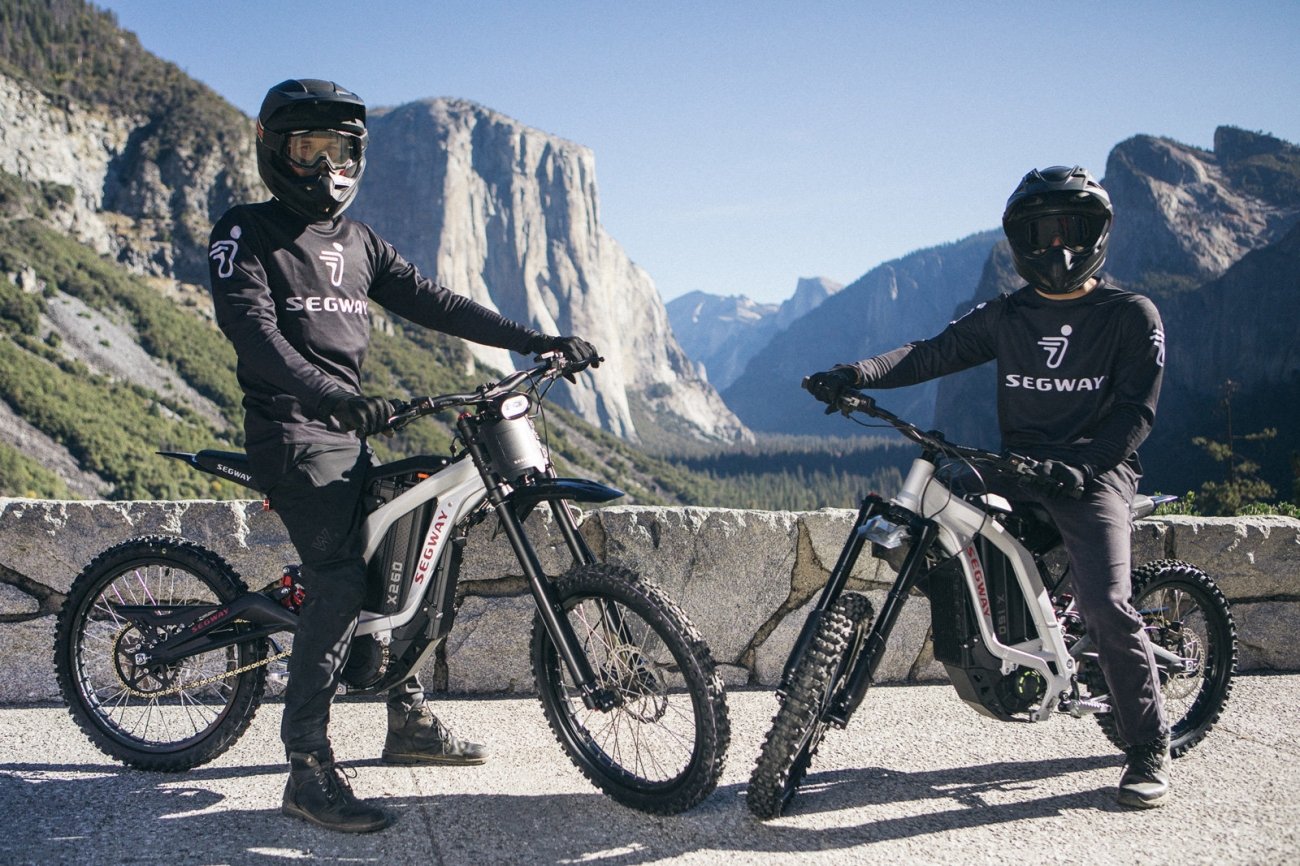 Segway are introducing two new dirt bike models that are hybrids between what would be considered as a normal dirt bike and a mountain bike. These two new models are Dirt eBike's and are the X160 and the X260. Firstly, the X160 is the smaller of the two and is more focussed on agility rather than raw power.

It has thin wheels that only measure in at 1-inches, and from the above image, we can see it has a compact frame when compared to the X260. The X160 has a top speed of 31.1mph and only has an estimated travel range of 40.4 miles while the X260 is much more powerful with a 74.6-mile range and a top speed of 46.6mph.

Battery technology has always been one of the main things that hold back technology advancement, but now a new breakthrough has happened from scientists out of Pennsylvania State University. 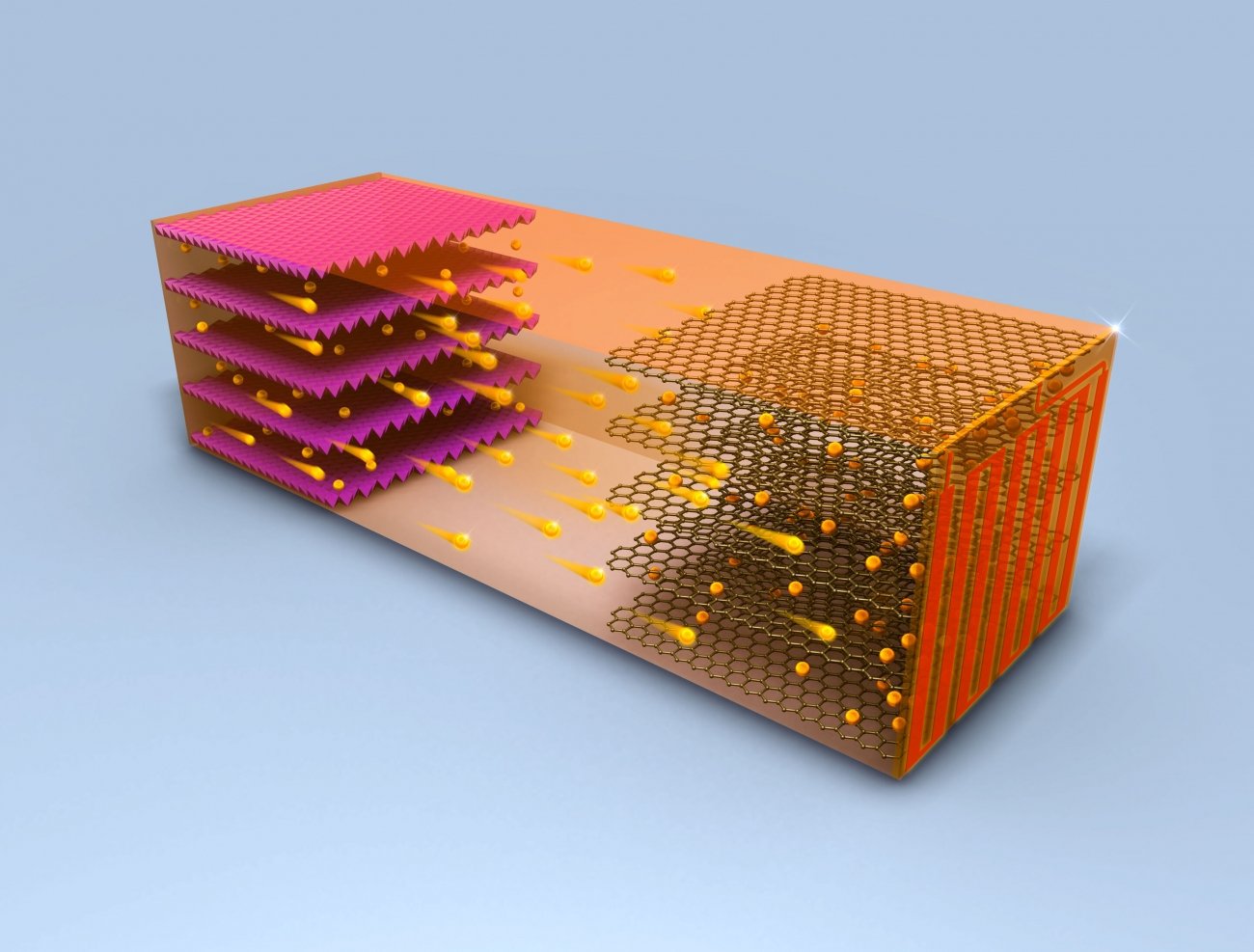 The scientists have claimed that they have developed a new battery design that is said to have the capabilities of being able to take in 400 kilowatts of energy. The scientists reported that it takes 10 minutes of charging to add 200 miles of driving range. It should be noted that current generation electric vehicles are definitely not capable of this amount of energy being pushed into the battery, as it risks the integrity of the battery and the lifetime of it. This

Scientists out of The Pennsylvania State University raised their test battery temperature to 60 degrees and then slowly lowered it while it was being used, this ensures that battery isn't going to be cooked by the amount of energy put into it. Senior author Chao-Yang Wang, a mechanical engineer touched on that, saying "limit the battery's exposure to the elevated charge temperature, thus generating a very long cycle life."

Tesla has just finished up its quarterly earnings meeting and one of the aspects the company talked about was the recently rolled out Smart Summon feature for Tesla vehicles. 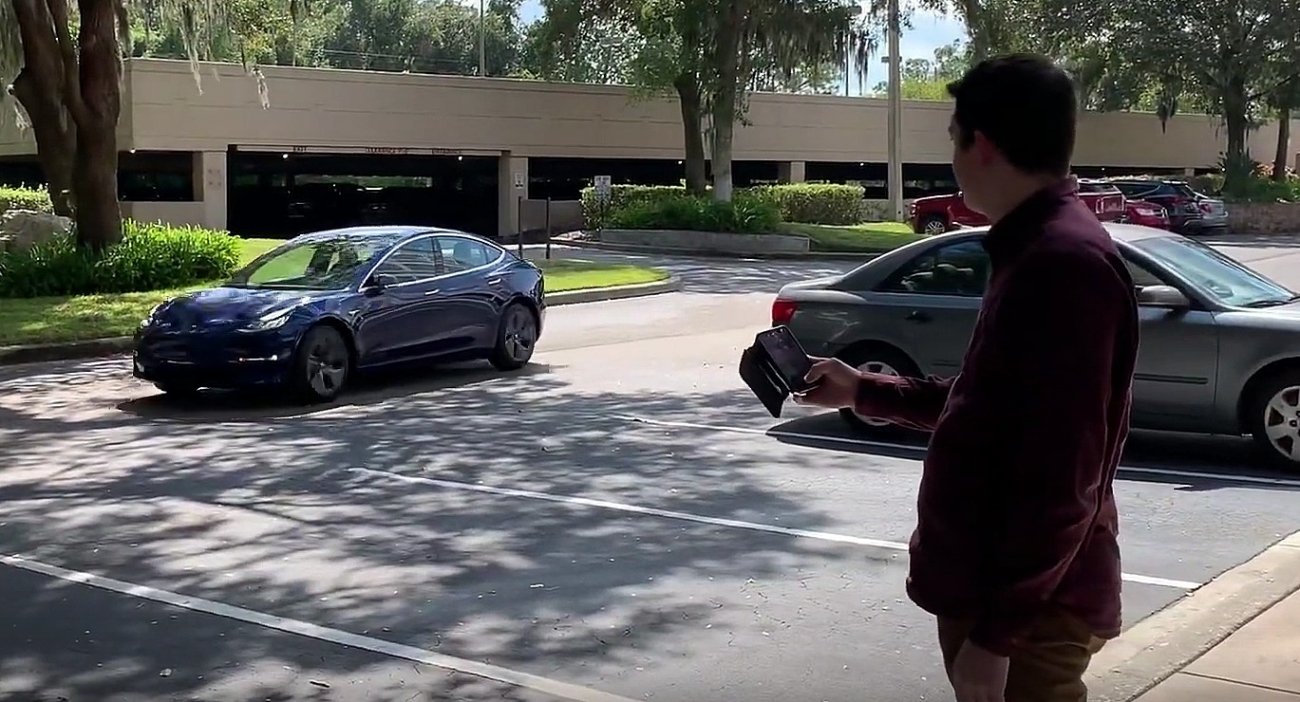 Smart Summon enables Tesla owners to be able to 'summon' their car from a location and then have it drive itself over to the owner. Tesla owners have been using this feature in a variety of different places, such as parking lots, around the corner trips and if they are feeling particularly lazy. This feature can be used from a maximum distance of 200 feet, and as long as the owner is in the line of sight of the vehicle.

Some users have experienced some extremely close calls with this feature, but just like any omelette, you have to break some eggs a long the way. In all in all though, the Smart Summon feature has been quite the success for Tesla with their quarterly earnings report saying the feature has been used "over one million times" since its release back in mid September. Tesla also said that "Our neural network learning approach enables us to continue to iterate and improve functionality over time."

Tesla Motors is reportedly about to unveil its mean-looking new all-electric pickup truck, that SpaceX and Tesla Motors CEO Elon Musk said looked like an "armored personnel carrier from the future". 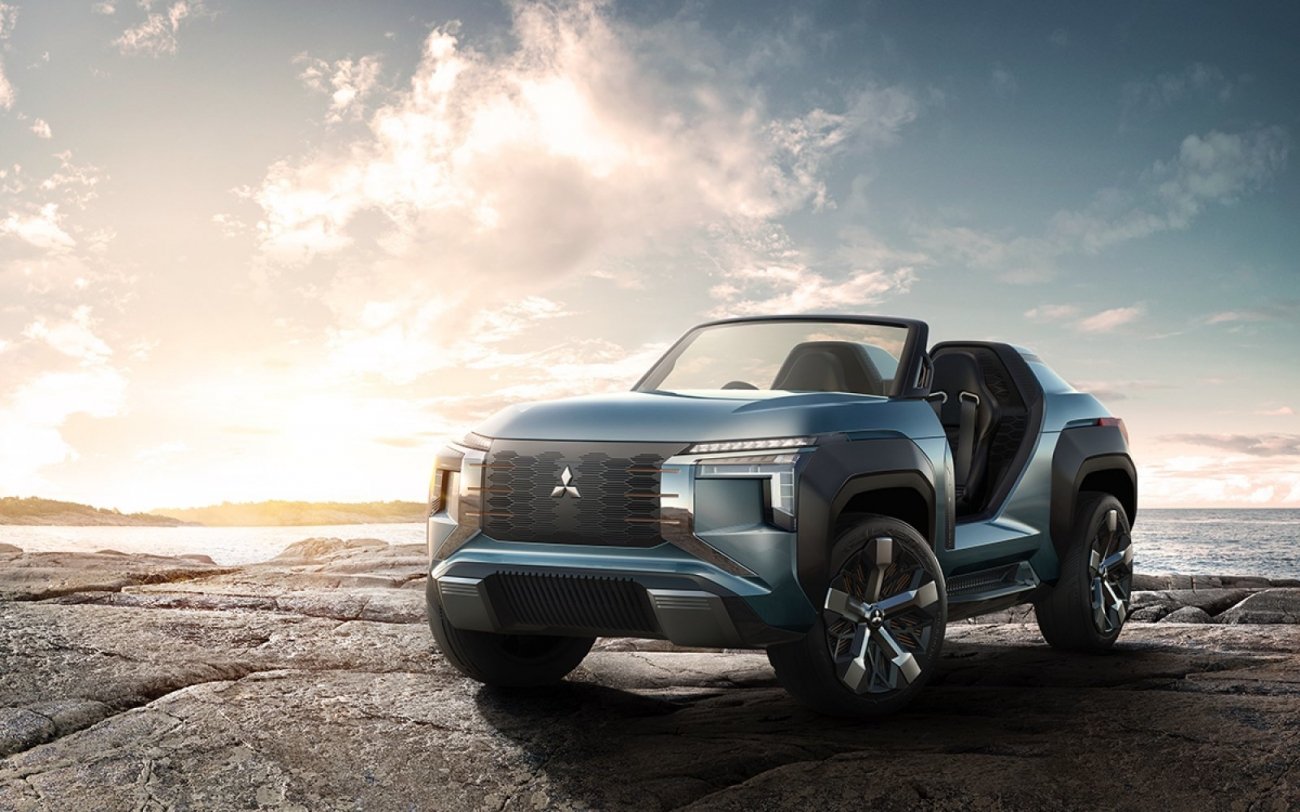 But now it's time for Mitsubishi to shine with the Japanese car manufacturer unveiling its new hybrid buggy prototype at the Tokyo Motor Show. The new MI-TECH Concept car looks pretty damn rugged, with no doors or roof, and has a plug-in hybrid (PHEV) drivetrain.

Mitsubishi says the buggy prototype has been "designed to be a dynamic buggy-type vehicle that embodies the very essence of Mitsubishi-ness".

Qantas has taken to their newsroom section on their website to announce that they have broken the record for the longest non-stop commercial flight. 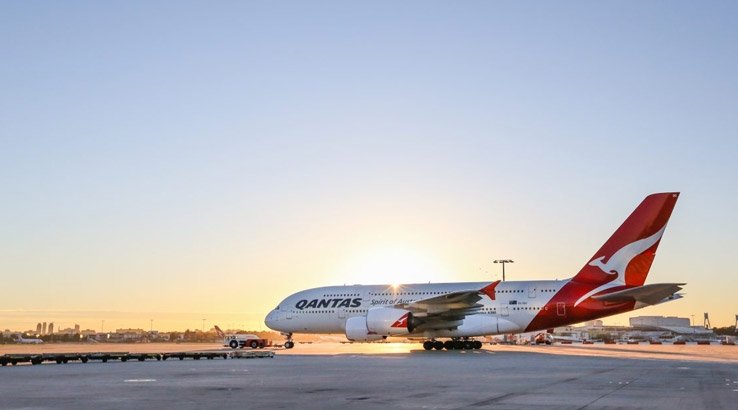 The press release says that the flight airline took off from New York and was heading to Sydney over the course 19 hours and 16 minutes. The flight successfully touched down in Sydney and according to Qantas it was a test to monitor pilots brain waves and melatonin levels. Medical researchers and scientists that partnered with Qantas for the experiment said that cabin lighting and in-flight meals were also adjusted in ways to help reduce jetlag on passengers.

According to Qantas Group CEO Alan Joyce, "This is a really significant first for aviation. Hopefully, it's a preview of a regular service that will speed up how people travel from one side of the globe to the other. We know ultra long haul flights pose some extra challenges but that's been true every time technology has allowed us to fly further. The research we're doing should give us better strategies for improving comfort and wellbeing along the way."