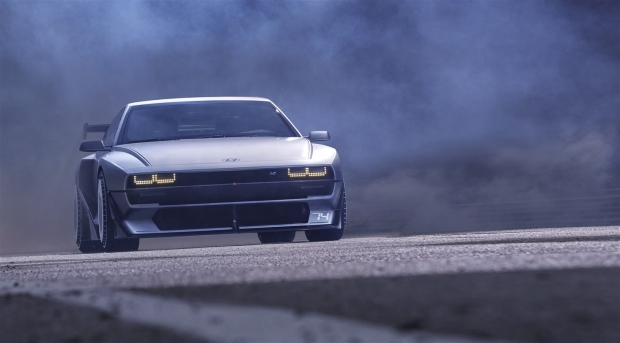 The new concept is a throwback homage to the Hyundai Pony Coupe concept that was shown off in 1974 - and features such as the surfaces, dynamic-proportioned profile, B-pillar design, and other features have transferred to the new hybrid concept. Even though it never made a production car, it was a valuable learning experience for the Korean company.

The fuel cell can output up to 95 kW, and is mounted in the front, while the battery lowers height and center of gravity while located in the bottom. The hydrogen tank is 9.3 lbs. with a stack of net 85 kW - max of 95 kW - with a refueling time of five minutes. The concept car has a maximum speed of 155+ mph, with a 373+ driving range, according to Hyundai. 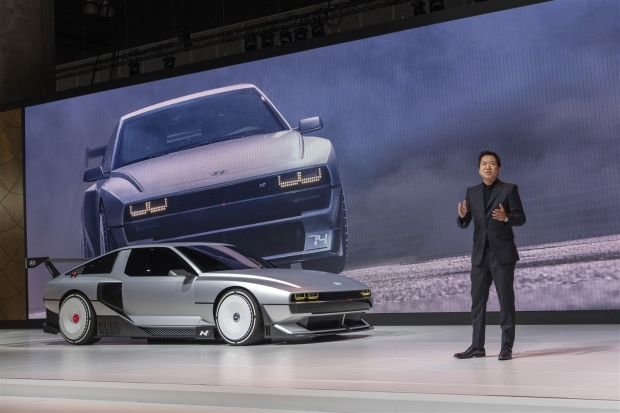 Hyundai included three separate cooling channels for heat management to support the battery, fuel cell, and motor - an effort to ensure the car is good for public roads or the track. 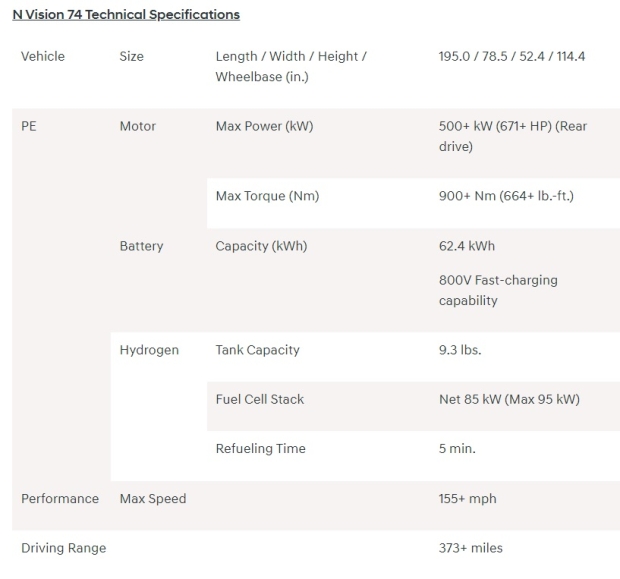 Although the sale of gas and diesel vehicles will likely come to an end in most places at some point - automakers are still trying to figure out production cars away from just electric. The N series was initially launched by Hyundai in 2015, with a focus on sustainable cars for drivers - and a mix of performance as well. 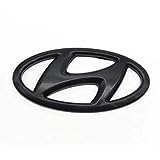