The latest and most important Technology in Vehicles news - Page 10.

What many consider as the car that molded Porsche into what we see today was accidentally auctioned falsely for $70 million, a settlement was later solidified at $17 million.

At the Monterey Car Week in California, bidding started for a super 1939 Porsche Type 64, a car that according to Wikipedia is "considered by many to be the first automobile from what was to become the Porsche company, and a true design precursor to the post-war production model". Looking at the above video we can see that the bidding began at $13 million and then jumped to $30 million, which is where the mistake first began.

Tesla owner turns into a cyborg, implants keycard into arm

Every owner of a car knows that feeling of when they have misplaced their car keys, well now that worry is over as a Tesla owner has implanted her keys into her own arm so she never looses them again. Will you follow her lead?

A software engineer going by the name of 'Amie DD' has taken key utility to the next level by implanting her Tesla keycard RFID tag into her own arm. Amie DD spoke to The Verge, saying that the implantation actually works and that her arm needs to be about an inch away from her vehicle to successfully unlock it.

Originally, Amine DD attempted to transfer the Tesla keycard software to an existing RFID tag she already had implanted in her arm, those efforts were unfortunately fruitless. Moving on to beat this issue, Amie decided to dissolve the Tesla keycard in acetone and encase the recovered chip in bio-polymer. She then visited a body-modification studio to get the card safely implanted in her arm.

You would think that the US military would be implementing the newest technology possible into their naval force, but actually the contrary is happening. 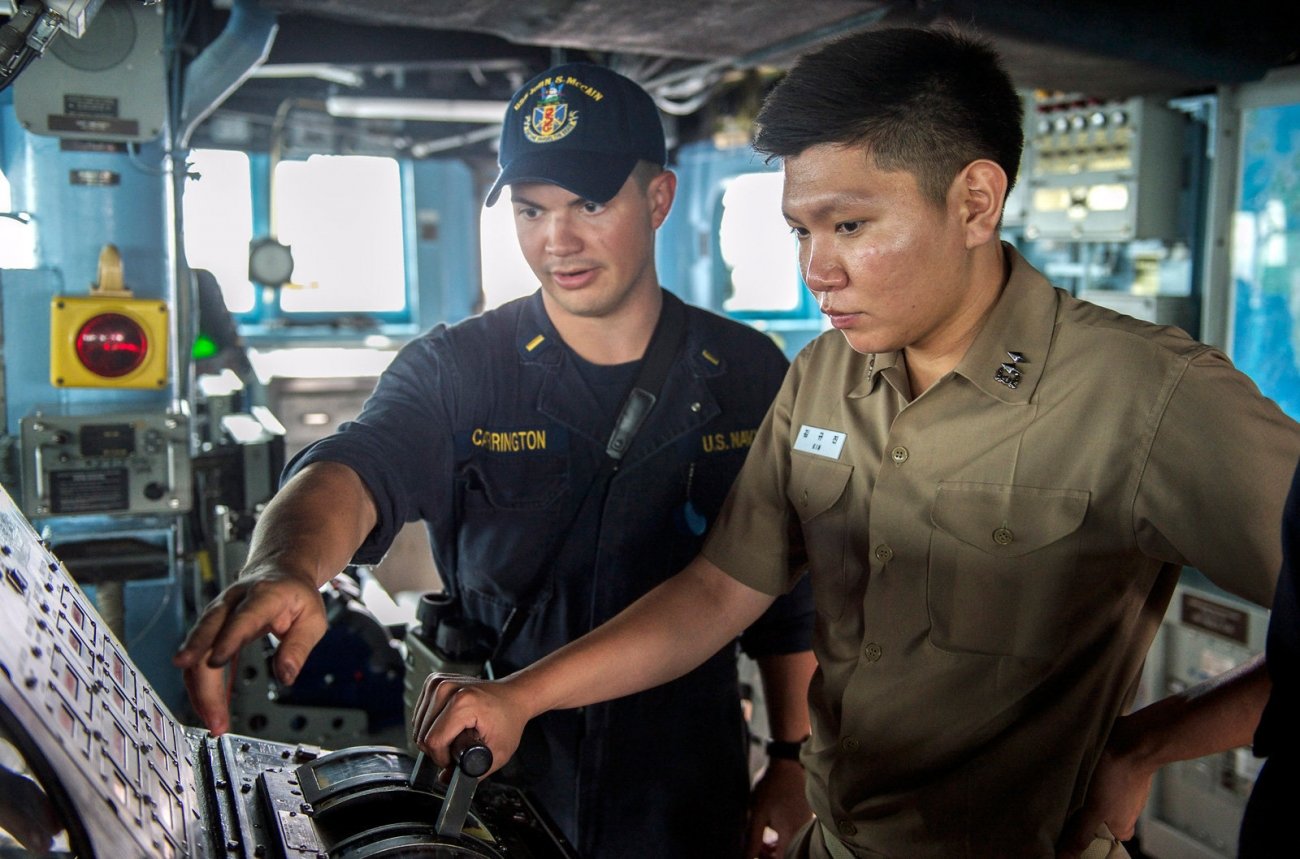 According to an article coming out of USNI, the US Navy force will be taking a step backwards technology wise and removing touchscreens from their destroyers over the next 18 - 24 months. The touchscreens will be replaced with conventional helm controls and physical throttles.

This decision has been made after the events of 2017 when the USS John S. McCain destroyer collided with container ship Alnic MC which resulted in the tragic deaths of 10 crew members. After an investigation was conducted into who the collision happened it was found that the warships complex touchscreen interface played a pivotal role in the unfortunate crash.

A Tesla electric vehicle owner crashed into a tow truck on a highway in Moscow, seeing his car catch fire and explode. It wasn't a Michael Bay level explosion, but they're pretty big as you can see in the video below.

State TV channel Rossia 24 had video of the Tesla vehicle on the side of the road, "engulfed in flames and thick black smoke". We don't know what model of Tesla vehicle it was, but it's safe to say it doesn't matter - the car is in a bad way in that video. This isn't the first Tesla vehicle to crash, burst into flames, or explode -- but this is one of the downsides to battery-based vehicles.

Alexi Tretyakov, the owner and driver of the Tesla said that his car had Autopilot enabled and his hands-on the wheel, meaning that both Alexi and the Tesla cars semi-autonomous tech didn't see the tow truck, and crashed into it. Not a good look for Tesla right now.

A French inventor has managed to cross the entirety of the English Channel using his recently completed jet-powered hoverboard.

The French inventor is named Franky Zapata, and in the above video we can see him getting into his jet-powered hoverboard deemed "Flyboard Air". The board uses five small jet engines and just like most jet engines, they chug fuel. This means that Zapata had to stop at a boat in the middle of the channel to refuel his board.

According to Reuters, Zapata managed to make it 35 kilometers (21 miles), starting at Sangatte, France and landing at Saint Margaret's Bay in Dover, England. "For the last five to six kilometers I just really enjoyed it. Whether this is a historic event or not, I'm not the one to decide that, time will tell." said Zapata. Zapata has been working on the hoverboard machine for the last three years, but this isn't his only project, Zapata is also working on flying cars.

YouTube and Netflix support to come to Tesla's in new update

Tesla cars already have some really cool features and now there is some more apps teed up to soon be released on the electric cars. Tesla owners will soon be able to enjoy Netflix and YouTube in their glorious surround sound.

Ability to stream YouTube & Netflix when car is stopped coming to your Tesla soon! Has an amazingly immersive, cinematic feel due to the comfy seats & surround sound audio.

The CEO of Tesla, Elon Musk announced on his official Twitter account that Tesla's will soon gain the "Ability to stream YouTube & Netflix when car is stopped". It is unclear when these new video streaming services will be hit Tesla's, but Musks notes that when they do the apps will be incredibly immersive and create a "cinematic feel due to the comfy seats & surround sound audio."

Even though Musk says that YouTube and Netflix will only be available when the car is stopped, he does mention inside the Twitter thread that "When full self-driving is approved by regulators, we will enable video while moving". At first this inclusion of video streaming in a car seems like it could cause potential dangers for drives on a distraction level, especially if its being used while the driver is in motion. When used responsibly though, such as waiting to pick up a friend from a location, video streaming really could be a great way to pass the time comfortably and enjoyably.

Airbus, Aeroports de Paris and the Paris Transport Authority are looking at ways of deploying autonomous flkying taxis for the 2024 Paris Olympics, which would autonomously fly passengers from Charles de Gaulle Airport into the city. I can't even imagine a future like that, but it seems we're seeing it being taken seriously for a huge event with so many eyes on it -- reporting on autonomous flying taxis, the actual possible future of travel.

While it's being pushed as a time saver we know it'll only really appeal to those with deeper pockets who want to experience this, as well as the rich and famous. The normal bus or trains from the airport to Paris will take around an hour, so the time saving element -- as well as like Buzz Lightyear famously says he's "falling, with style". You would definitely be arriving into Paris in style, in an autonomous flying taxi like a boss.

So we drove in VIA's world-first smartphone-powered AI car

Computex 2019 - One of the most unique experiences of Computex 2019 this year would have to be my trip in the world's first smartphone driver assistance app that was assisting a car driving on the highways in Taiwan.

This is part of the VIA-AI package that is an open source platform to advance the development of self-driving applications, so that they're built quicker and keeping us even safer in the self-driving cars of the future. The company reached out and asked if we'd like to have a ride in the world's first demonstration of a smartphone driver assistance app... and it was quiet the ride.

We have a very casually shot video unedited from our FB Live stream, explaining some of what's going on - apologies for the audio, it was a very last minute thing for us. VIA picked us up at the NVIDIA Taipei HQ after our meeting with Team Green, and away we went.

VIA-AI isn't about fully self-driving car technology but more smartphone-based Advanced Cruise Control (ACC) and Lake Keeping Assistance System (LKAS) which are normally found on high-end models of cars... something the company is bringing to other cars with VIA-AI. The entire VIA-AI source code will be made available, in VIA's own words "to enthusiasts, hackers, and anyone who wants to push forward the reality of autonomous driving in July 2019".

Elon Musk is one of those people that gives off the "why not" vibe, and something to reinforce that observation is the newest addition to the line of Tesla vehicles. A ported version of Studio MDHR's Cuphead. 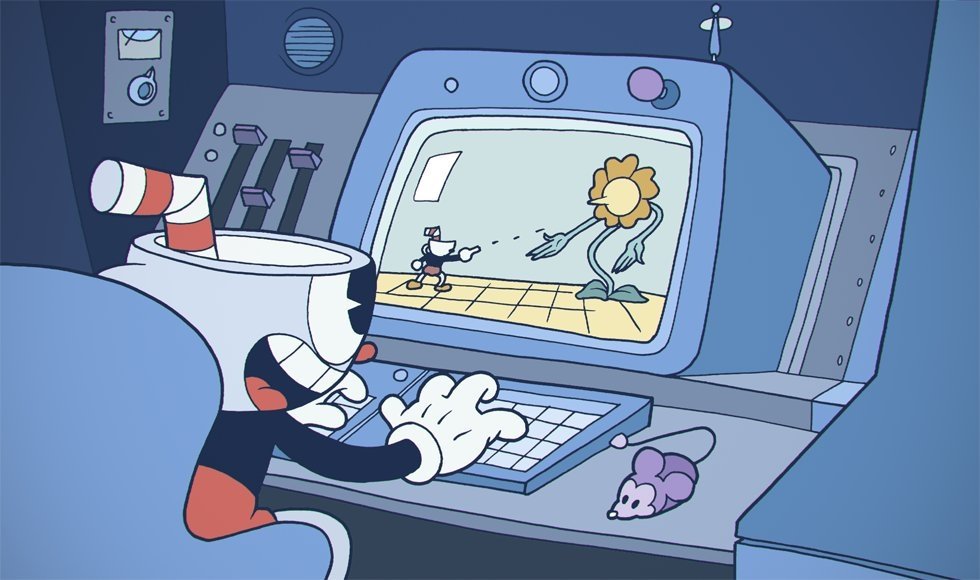 Yes thats right. The side-scrolling shoot 'em up game created by Studio MDHR will soon be ported over to the Tesla Model 3, Model S and Model X. Why may you ask? because why the hell not. Musk commented on the port saying "Cuphead, we've got working, [The developers] have been helping us make it work. It's a cool game. It's insanely difficult. It's sadistically difficult. It's a twisted plot. It's dark. It looks like some cute little Disney thing and you're like, 'This plot is very dark."

Musk has previously spoken out about attempting to get the Unity game running on his line of Tesla vehicles, and it seems that goal has been somewhat achieved since Cuphead was developed using Unity. According to Maja Moldenhauer, who is one of the developers at Studio MDHR, the ported version of Cuphead is "looking nice and clean". Cuphead is planned to launch on Tesla's everywhere sometime this summer.

CES 2019 - Harley-Davidson has just unveiled its new LiveWire electric motorcycle with pre-orders opening up ahead of its release in August, where it will cost $29,799 - not too bad considering its the first electric motorbike from the company famous for motorcycles. 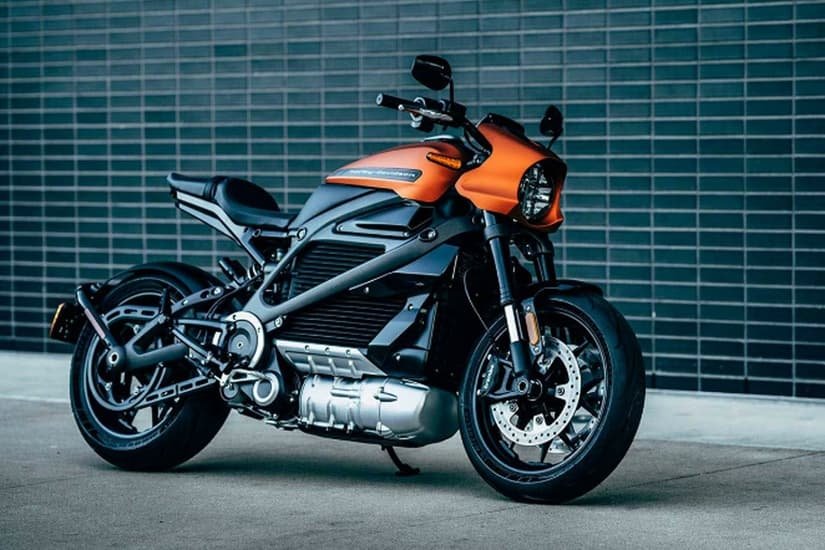 The new LiveWire has some wicked takeoff speeds where it will go 0-60MPH in 3.5 seconds, and it'll do so with a "futuristic" sound. Harley-Davison is bringing bikes into 2019 with LTE connectivity inside of the LiveWire that will let you remotely check on your bike, retrieve service numbers, and you'll be able to see if someone is trying to hijack your ride. If someone does, don't worry - it can be tracked with its built-in GPS.

Harley-Davidson says its new electric motorbike is good for around 110 miles of urban riding, but there are other bikes from Zero Motorcycles that push further up to 163 miles riding around the city. The LiveWire takes its own market with its power, tech (especially LTE) and super-styled looks.