Japanese automaker Honda plans to rejuvenate the midsize sedan market with the 2023 Honda Accord hybrid, providing better performance and sleek styling. Although we'll have to wait for specific details about the car until next month, Honda has released a few teaser images that give us a glimpse of what is expected during the company's press event. 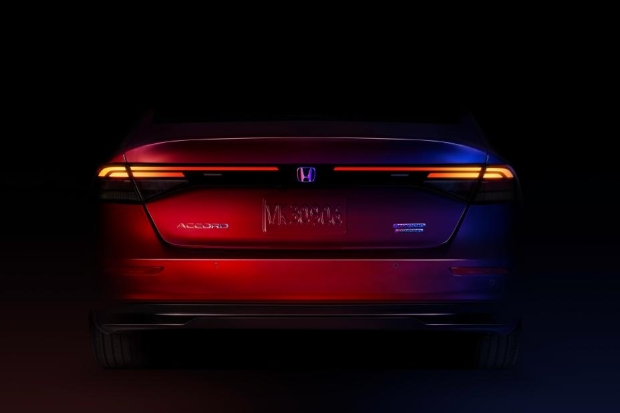 As noticed in the picture of the rear portion of the Accord, the upcoming model has LED taillights that stretch further than previous models. The framed look is from the lights spread across the back of the car but ending short of the Honda badge on both sides.

The upcoming Accord is the 11th generation of the Honda midsize sedan and features a 12.3-inch touchscreen and full integration of Google for better connectivity. The screen is the largest that Honda has ever used in any of its vehicles, according to the company, and it does look to be sufficient for the interior of the car. As displayed on the infotainment screen, the Play Store and Google voice assistant will be accessible for driver and passenger use - and there is a physical audio on/off and volume control knob available.

Here is the limited view of the interior of the 2023 Honda Accord: 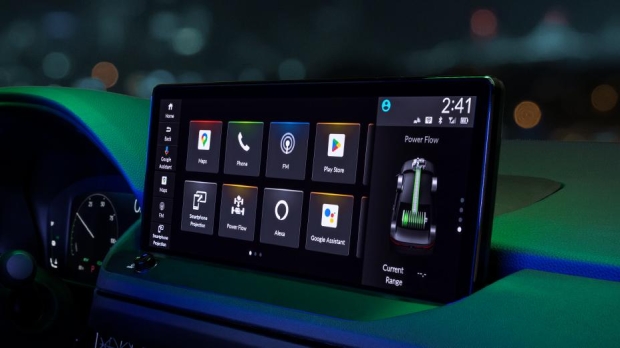 Unfortunately, Honda was very careful about showing additional details about the dashboard or design of the center stack - but it does look like it will be a simple and clean design.

Honda promised a full reveal of the 2023 Accord sometime in November. Honda has a long track record of car manufacturing in North America, with almost 20 production facilities in the United States, Canada, and Mexico - and at least 95% of Honda vehicles sold in the U.S. were locally made.