Two car enthusiasts took their heavily modified cars to the track to determine which one would succeed between a Nissan GT-R and Acura Integra. The race is part of Hoonigan's HONDA vs HATERS YouTube racing series, which puts unique and high-powered cars to the test. 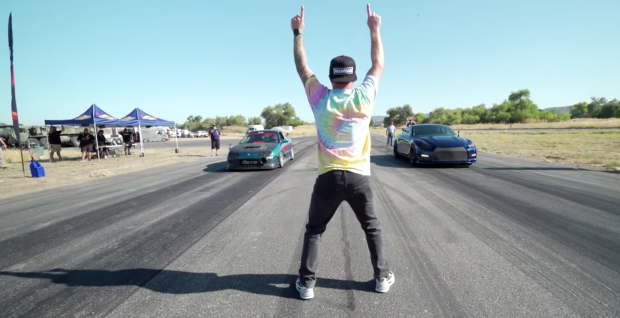 Before I jump into the drag race details, let's first start by defining "hoonigan": "A person who operates a motor vehicle in an aggressive and unorthodox manner, consisting of, but not limited to, drifting, burnouts, donuts as well as acts of automotive aeronautics. One who hoons."

The full video of the drag race can be found on the Hoonigan YouTube channel:

If you haven't watched the video, then read on further at your own risk of spoilers.

Hoonigans are known for their creative ideas and willingness to spend big bucks for their heavily customized toys. Speaking of Hoonigan, Ken Block showed off what the one of a kind fully-electric Audi S1 Hoonitron can do while tearing up the Las Vegas Strip.

Goodwood Road & Racing compiled a list of their 10 favorite Hoonigan cars and trucks: