German automaker Mercedes-Benz has a partnership with Riot Games and the studio's popular League of Legends title - and it has led to the Project SMNR (Summoner) virtual show car effort. Project SMNR has a fully 3D virtual user interface, so viewers interact with a real-time hologram environment.

Using "metamaterials" provides a fully virtual environment that is not limited by physics or production constraints. Instead of vehicle wheels, only energy fields are demonstrated - or something like the axles are removed so the void sculptural axle tunnel is revealed. Here is what Mercedes-Benz noted about the project:

"The resulting use of completely new materials, known as 'metamaterials', pushes the limits of what is possible. For example, the two-seater vehicle has a dynamic silhouette with a centrally located driver's cockpit and increased ground clearance. The wheels in the conventional sense have been replaced by energy fields and are fluidly integrated into the overall design of the vehicle. The flexible energy fields make it possible to completely dissolve the axles and bring their absence into focus. In addition, the spokes run inwards and accentuate the sculptural axle tunnel." 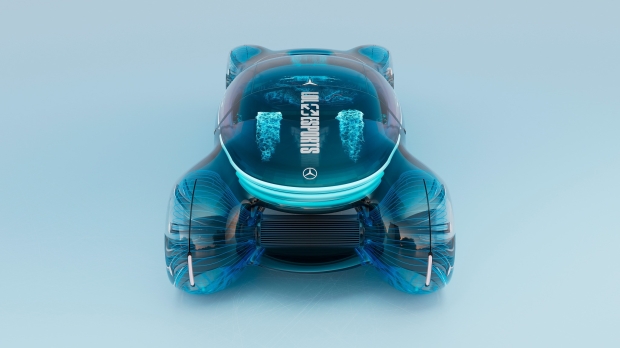 Bioluminescent energy particles and flowing structures replace what typically would consist of physical supporting structures - and might influence future auto design efforts. The "zoning molecules" - a semi-transparent layer of molecules able to adapt to an environment - gives both the interior and exterior appearance customized viewing angles. 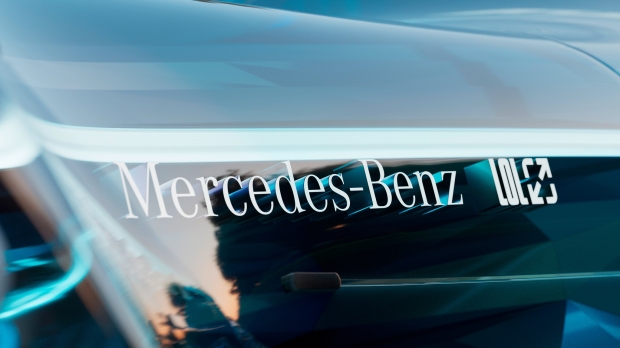 Mercedes-Benz partnered up with the ESL to enter esports in 2017, and the automaker's interest only blossomed. In late 2020, Mercedes became an automotive partner for all League of Legends esports events - and that investment carries on today. The promotional agreement between Mercedes and Riot Games runs until 2025. 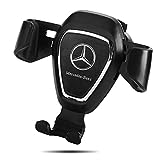