'Spectre' budget headed north, could be most expensive of all time

It was only last week that the latest James Bond picture was officially given a title of 'Spectre' but as filming has now begun in full swing, Sony Pictures and MGM are working hard to reign in the budget which is tracking well above that of the generous $200m from the last Bond picture 'Skyfall'. 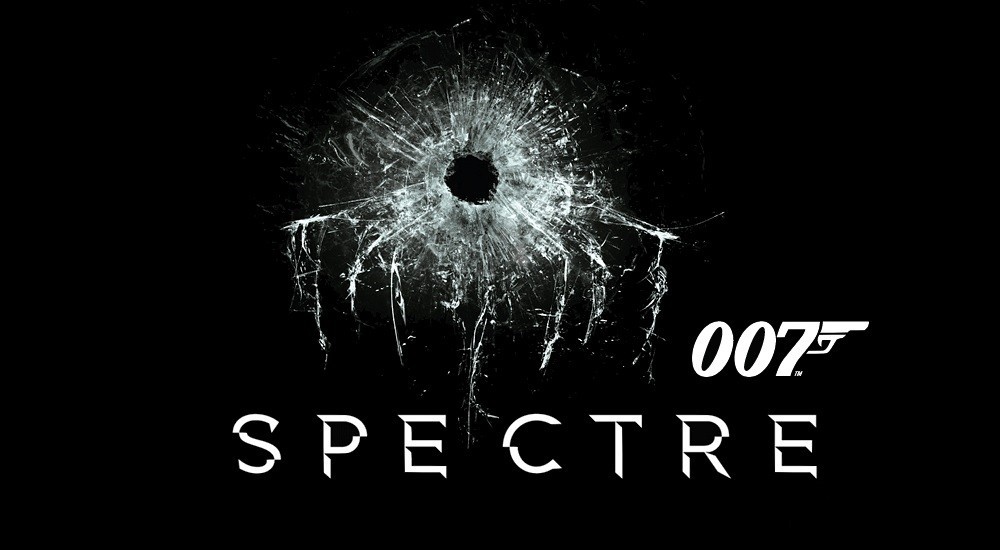 Courtesy of the infamous Sony email leak, conversations between the president of MGM Studios, Jonathan Glickman and Sony Pictures co-chairman Amy Pascal have been made public by Variety, which detail the concerns of both studios in the spiraling budget and the reluctance of producer Barbara Broccoli to cost cut.

The budget of the first James Bond picture 'Dr. No' in 1962 was budgeted at $1.1 million. That figure would now barely pay for the films catering. The most expensive film of all time 'Pirates of the Caribbean: At World's End' was made for $300 million.

Continue reading: 'Spectre' budget headed north, could be most expensive of all time (full post)

As according to a newly issued press release, networking giants Barracuda have just placed Ken Grohe on their payroll. This well-known storage expert has just come off employment with some large name companies spanning his massive 26+ year campaign in the industry. 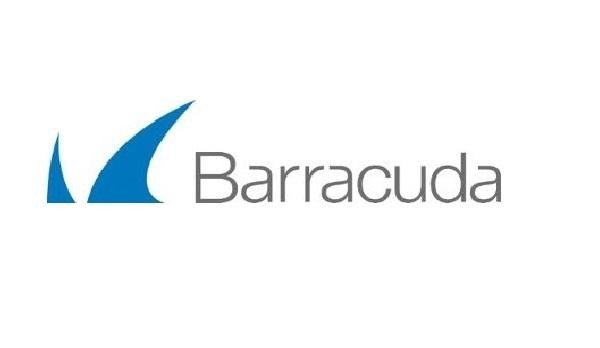 Barracuda is a provider of cloud-connected security and storage solutions, with their goal set to simplify IT. Their solutions are reportedly used by more then 150,000 organizations worldwide. With Grohe appointed as their Senior Vice President & General Manager of Emerging Products, he will oversee the CudaTel and CudaEye product lines while helping drive sales for the Barracuda copy (file syncing and sharing) and SignNow (eSignature) services.

Steve Duplessie, founder and senior analyst at ESG praised Grohe's previous achievements and work ethic, stating that he "an industry star joining a growing company", further stating that "Barracuda continues to impress with its talent acquisition and its relentless execution."

The creator of DayZ has officially announced his new studio, as he leaves his first job behind him at Bohemia Interactive. Dean Hall has promised to continue helping the team finish DayZ, which is preparing for a 2016 launch. 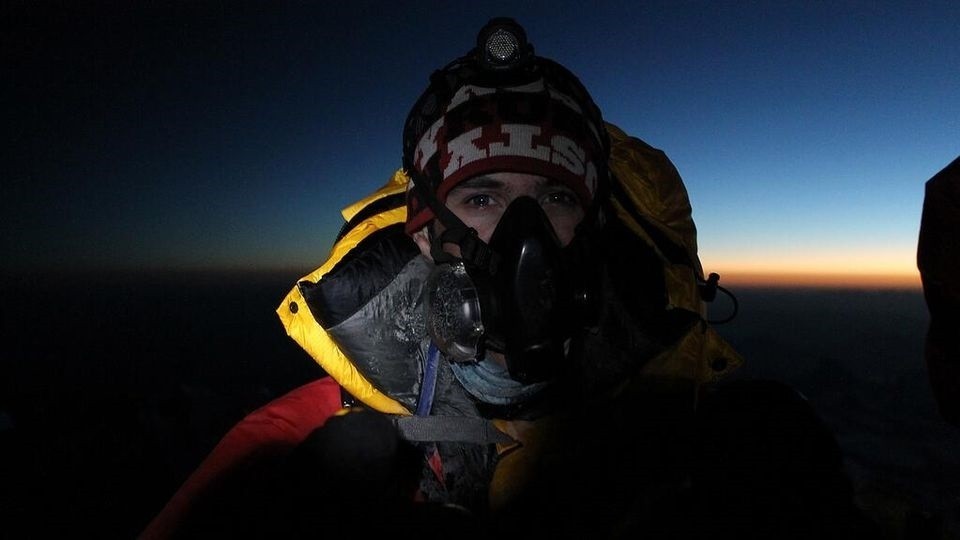 Hall spoke with Polygon, which asked if he was officially no longer with Bohemia Interactive, to which Hall replied "While my role as project lead officially winds up, my involvement continues as the creator. Bohemia are not only people I've worked with, but they're close friends. We have an ongoing relationship and I'm committed to providing whatever support and assistance that is appropriate and required for the title to continue to succeed. I'm excited by the continued progress of DayZ into a much more streamlined and traditional production development cycle".

There's not much known about Hall's new studio, but he did say "Not much to really say at the moment, the focus of the studio is to make games that we want to play. As a consumer I get quite frustrated when movies/games are announced very far in advance. I know why it's done but I don't like it and hopefully I can make games without having to resort to that. So for the moment I'm keeping quiet about what we are doing until I have something worthwhile to say".

Sony has been accused of launching distributed denial of service (DDoS) attacks against websites hosting its stolen content, using Amazon Web Service as a launch pad, according to unnamed sources speaking with Re/code. It would seem extremely unlikely - and easily identifiable - if Sony decided to use AWS to launch any form of DDoS attacks, with network monitoring company CloudFlare suggesting Sony didn't launch any counter-attacks. 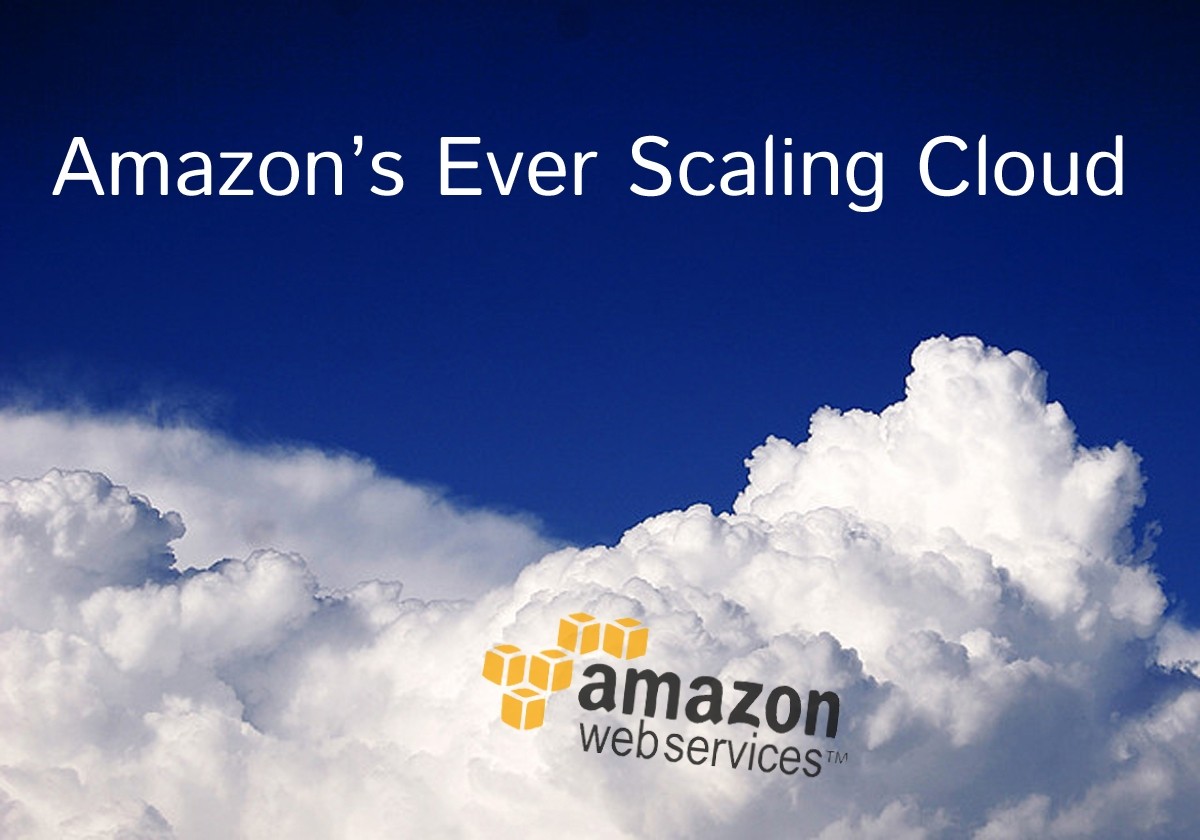 "AWS employs a number of automated detection and mitigation techniques to prevent the misuse of our services. In cases where the misuse is not detected and stopped by the automated measures, we take manual action as soon as we become aware of any misuse. Our terms are clear about this. The activity being reported is not currently happening on AWS."

Not surprisingly, launching a full-blown counter-attack is illegal, with Jennifer Stisa Granic, director of Civil Liberties at the Stanford Center for Internet and Society providing ZDNet with the following statement: "It's illegal for companies to counter-attack. That line will be fuzzy depending on the tech used, but the law is clear, no unauthorized access except for lawfully authorized government activity."

Last month we reported that Director Ridley Scott had passed on directing the long gestating sequel to his 1982 sci-fi epic 'Blade Runner' but in comments he's made udirng publicity rounds on 'Exodus: Gods and Kings', it seems that he's softened his stance a little. 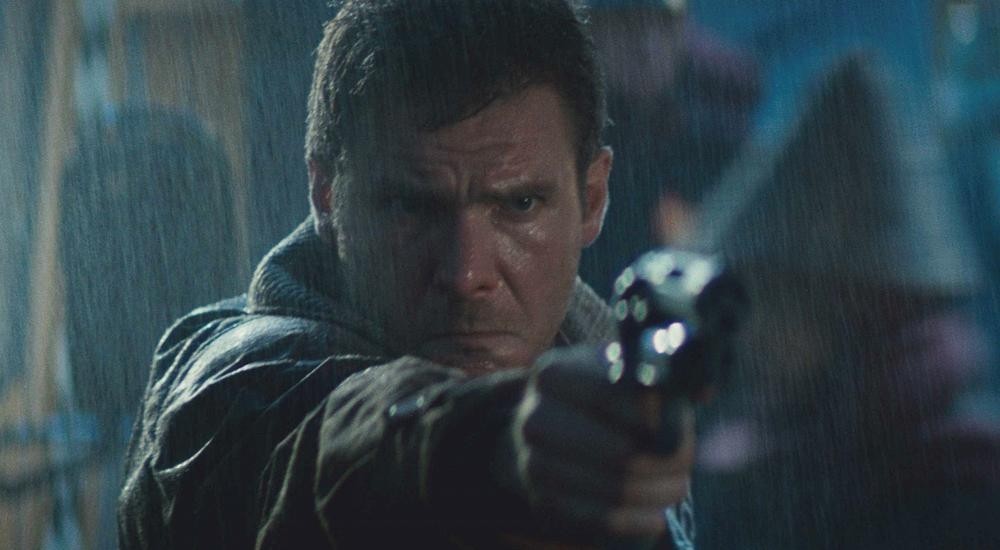 Harrison and I really get on rather well. I sent him (the script), and he said 'That's the best thing I've ever read.' So it's very relevant to what happened in the first one. I'm not just doing a sequel with lots of action and see how far we can with the special effects. Because you can't really. With Blade Runner, we landed on a somehow very credible future. It's very difficult to change that because it's been so influential with everything else.

With, or without Scott at the helm, 'Blade Runner 2' is expected to go into production next year, for a 2017 release to mark the 35th anniversary of the original.

Wearables market will receive strong boost in the business world

The wearables market is still growing, but could end up being a major emerging technology - especially in workplaces, as businesses embrace them for employees. A third of companies in Europe plan to roll out some form of wearable technology in 2015, according to a survey from IT and systems monitoring company Ipswitch. 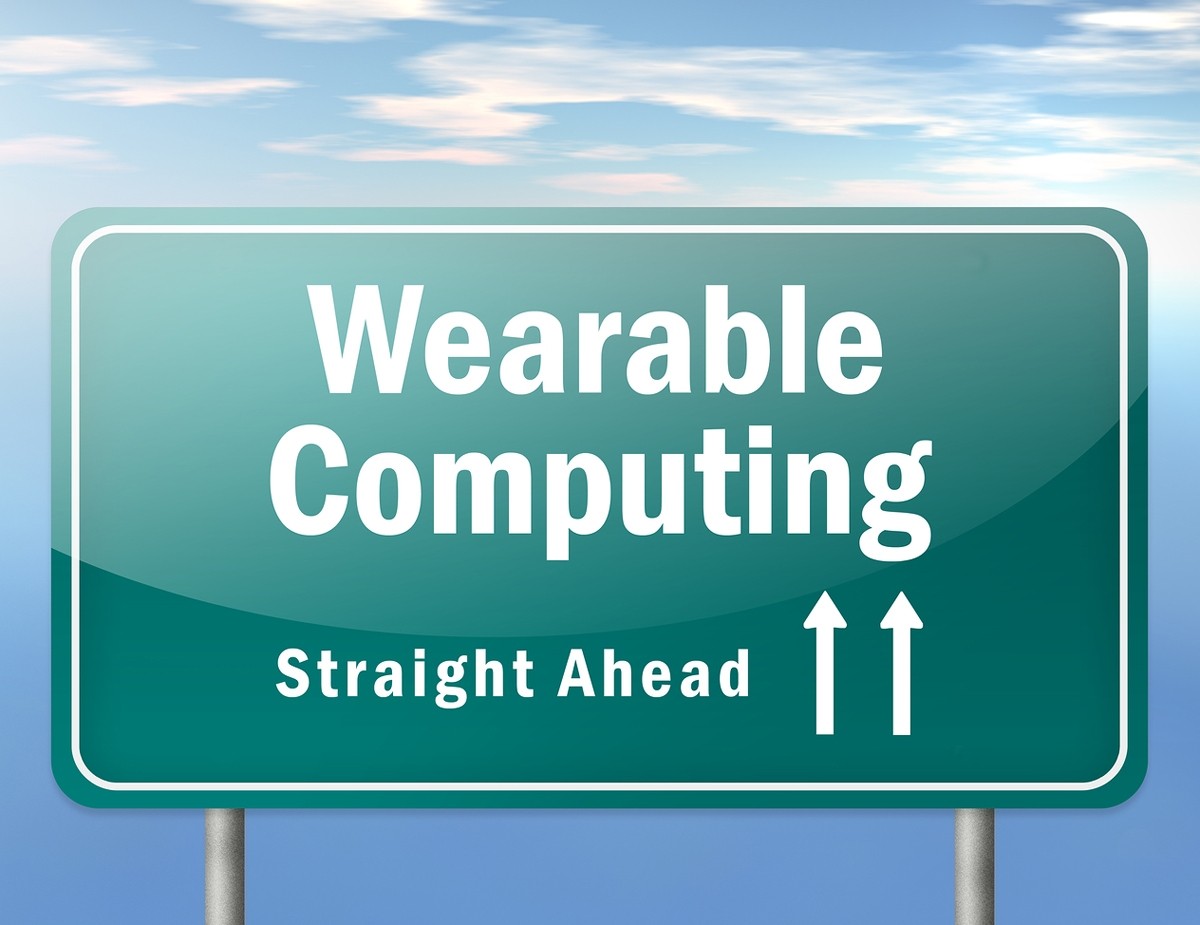 The French (34 percent) and German (33 percent) governments should lead wearable adoption, ahead of the UK (25 percent) and other European Union countries. Even if companies don't provide wearable products to employees, many of them - led by the Apple Watch - can benefit from increased demand.

Analysts are still unsure what to make of the wearable market for consumers and business employees, only simply saying that it will see tremendous growth over the next few years.

The world of NVMe is expanding at a rapid clip. More devices are becoming certified every week that support the optimized register interface, which radically boosts performance with non-volatile memory devices of all flavors. As outlined in our Defining NVMe Article, NVMe delivers on its promises and has the potential to revolutionize how we address flash storage. 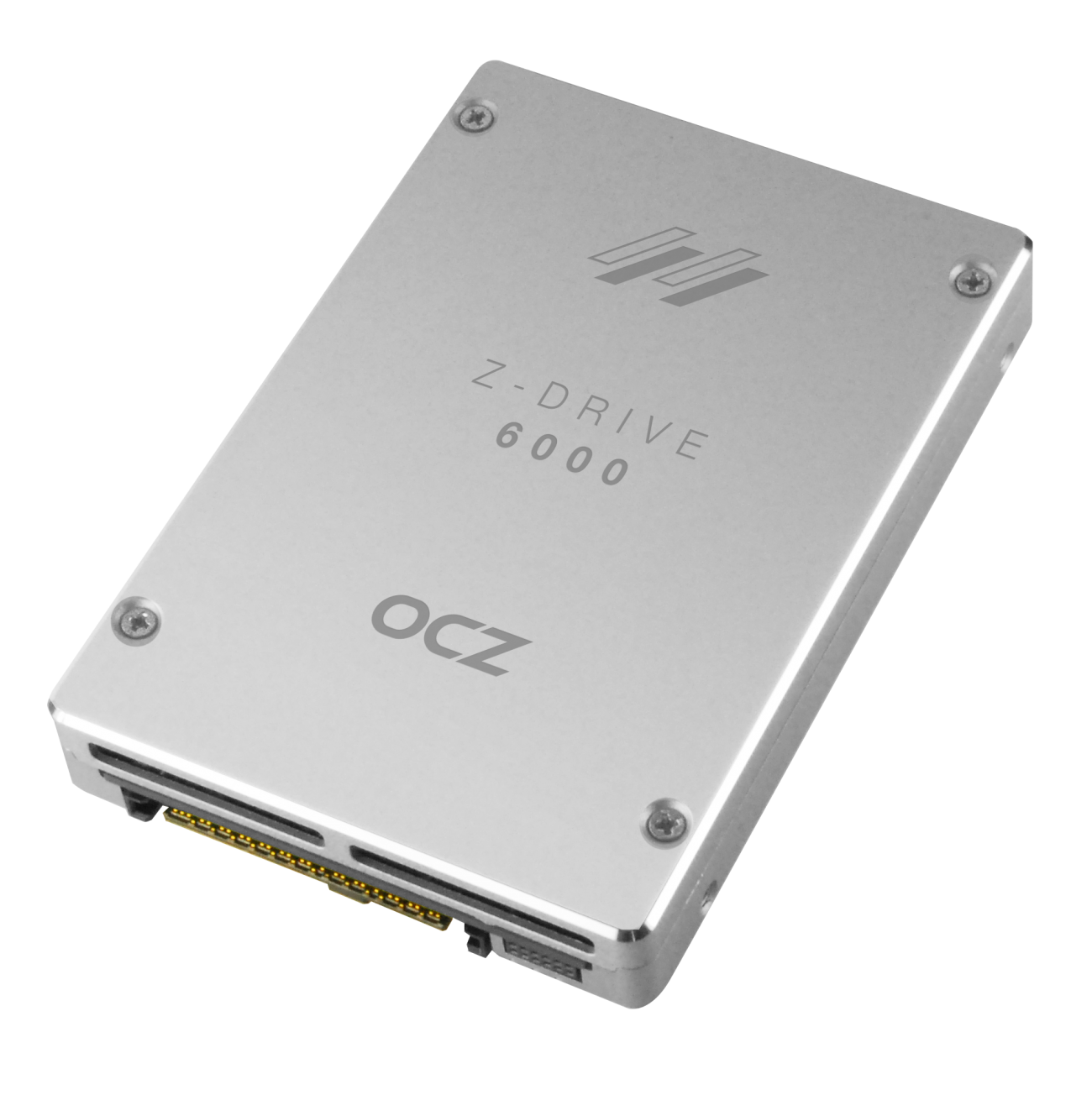 OCZ Storage Solutions, a Toshiba Group Company, joins the fray with the new Z-Drive 6000. The Z-Drive 6000 is a high-performance datacenter SSD that features a PCIe 3.0 connection in a 2.5" enclosure. This is made possible by the SFF-8639 connector, which brings front-bay access and serviceability to PCIe connection. Obtaining the NVMe 1.1b certification from the UNH-IOL interoperability lab guarantees that the Z-Drive 6000 is fully functional and NVMe compliant. Many of the current shipping NVMe products are compliant with older versions of the NVMe specification, and new features with NVMe 1.1b offer enhanced compatibility and capabilities.

Sony is still reeling from its major cyberattack and brutal data breach, now deciding to use the Amazon Web Services (AWS) to allegedly launch distributed denial of service (DDoS) attacks against websites. Movie studios have tried to counter piracy hubs by flooding them with fake files - and launch cyberattacks against them - with varying levels of success. 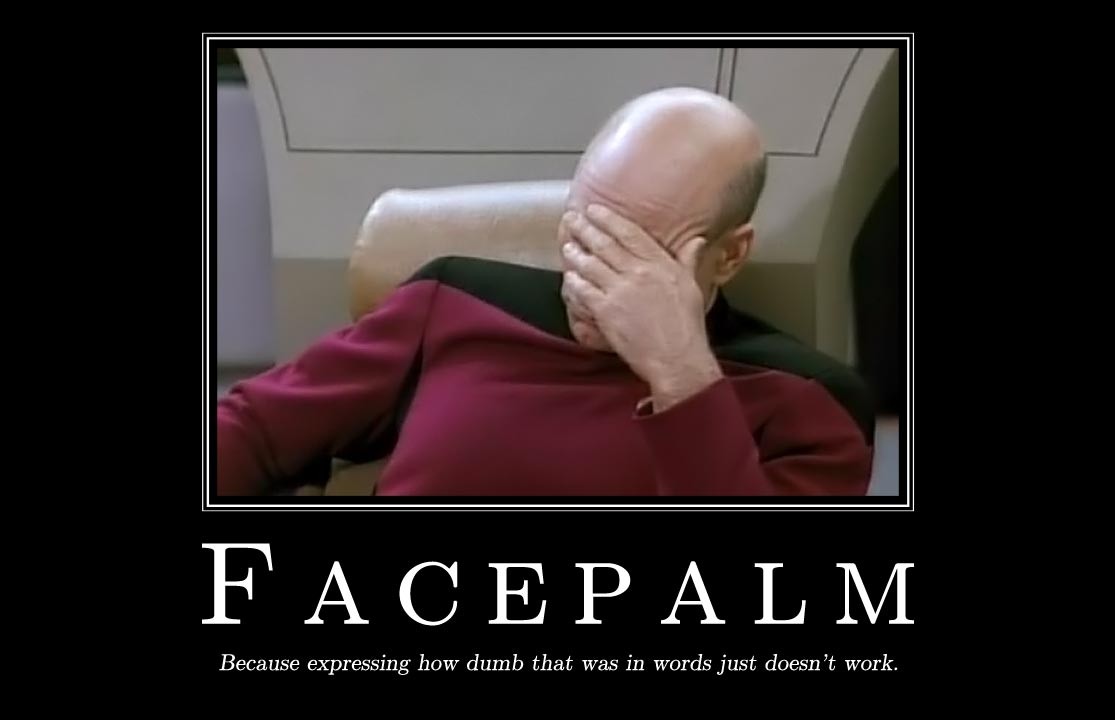 "The AWS acceptable usage policy explicitly prohibits initiating denial of service attacks from their service; it's unlikely that Amazon would let this activity continue," said Tim Erlin, Tripwire director of security and risk. "Taking the step to 'hack back' against perceived legitimate targets, based on their own assessment of guilt, presents a myriad of potential legal problems."

If these accusations are true, trying to launch attacks against websites hosting stolen Sony movies isn't the best idea.

OWC has announced the availability of their latest upgrade SSD, the Aura. The new Aura SSD comes in 1 and 2TB capacities, which is more than 8 times the capacity of 2013 Mac Pro factory shipping models. The Aura is also the first SSD that is custom-engineered and tested for compatibility with the 2013 Mac Pro. 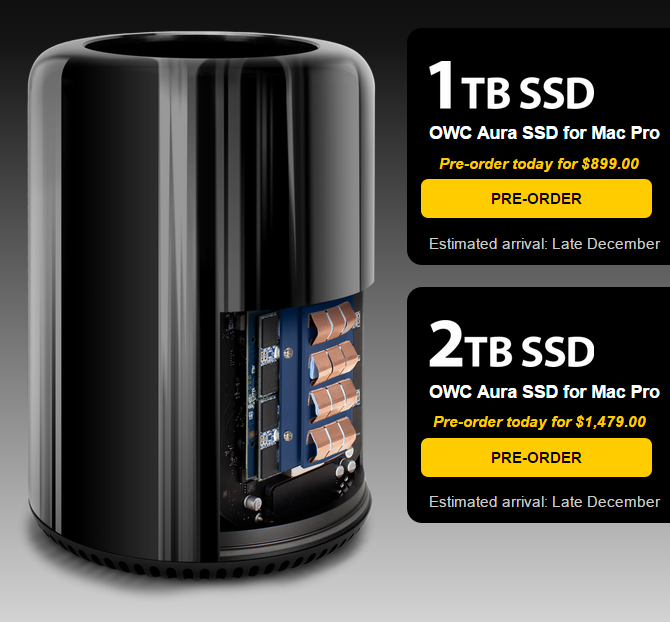 The SSDs are available at $899 for the 1TB, and $1499 for the 2TB version. The SSDs come complete with all tools required for the upgrade and a step-by-step installation video. The Aura features transfer speeds up to 730/698 MB/s read/write, and a three year limited warranty. As a bonus the kit also includes a freebie Envoy enclosure, which allows users to repurpose their original Mac Pro SSD for use as a USB 3.0 external enclosure. The Aura leverages 4 SandForce SF-2281 controllers with 7% overprovisioning behind a Marvell 88SE9230 RAID controller on a custom blade design. This will provide fast transfer speeds, and also increase endurance and sustained performance.

What better way to sell a product than a working in-store demonstration? That's the ideology of Suitable Technologies, which is using its telepresence robots in its Palo Alto, California-based store. The retail location is a live demonstration of the Beam Remote Presence System, featuring a wheeled base and two support beams for a screen.