Is Google feeling festive, or is the Mountain View-based giant feeling a little T-101ish? Well, Google has acquired robotics engineering company Boston Dynamics, which is best known for its quadrupeds, and super-impressive robots.

We've already seen BigDog, a motorized robot that is capable of walking through ice and snow, the Cheetah - which is capable of running at 29 miles per hour, and a convincing humanoid known as PETMAN. We don't know the business side of the deal, or the exact amount of money it took to acquire the robot maker. 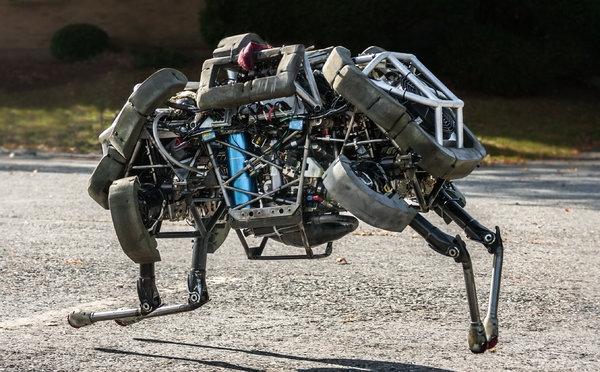 We do know that a $10.8 million contract that the US Defense Advanced Research Projects Agency (DARPA) had with Boston Dynamics would still be honored after it has been acquired by Google. Something else I find fishy, is that a year ago the Director of DARPA left the defense agency, moving to... Google. Now Google acquires a high-end robotics maker? Yeah... Skynet is getting closer, folks.