Rumors about a Smartwatch from Apple have been circling for months now, and today information was released from a Chinese technology site that says we could finally see the iWatch next October when the iPhone 6 releases. At the moment the hold-up is said to be that Apple has yet to decide on what size screen the iWatch should have. 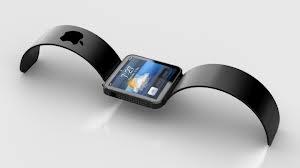 The report also states that the iWatch will feature a 100mAh battery, which is 1/20 the power of a standard rechargeable AA battery. In comparison, Samsung's Galaxy Gear features a 315mAh battery and has been heavily criticized over its short battery life. Today's report seems to somewhat confirm a report last month from Digitimes who said the iWatch would be released in Q4 of 2014.