Sony's new DualShock 5 controller may come standard with two extra trigger-buttons on the back of the controller. 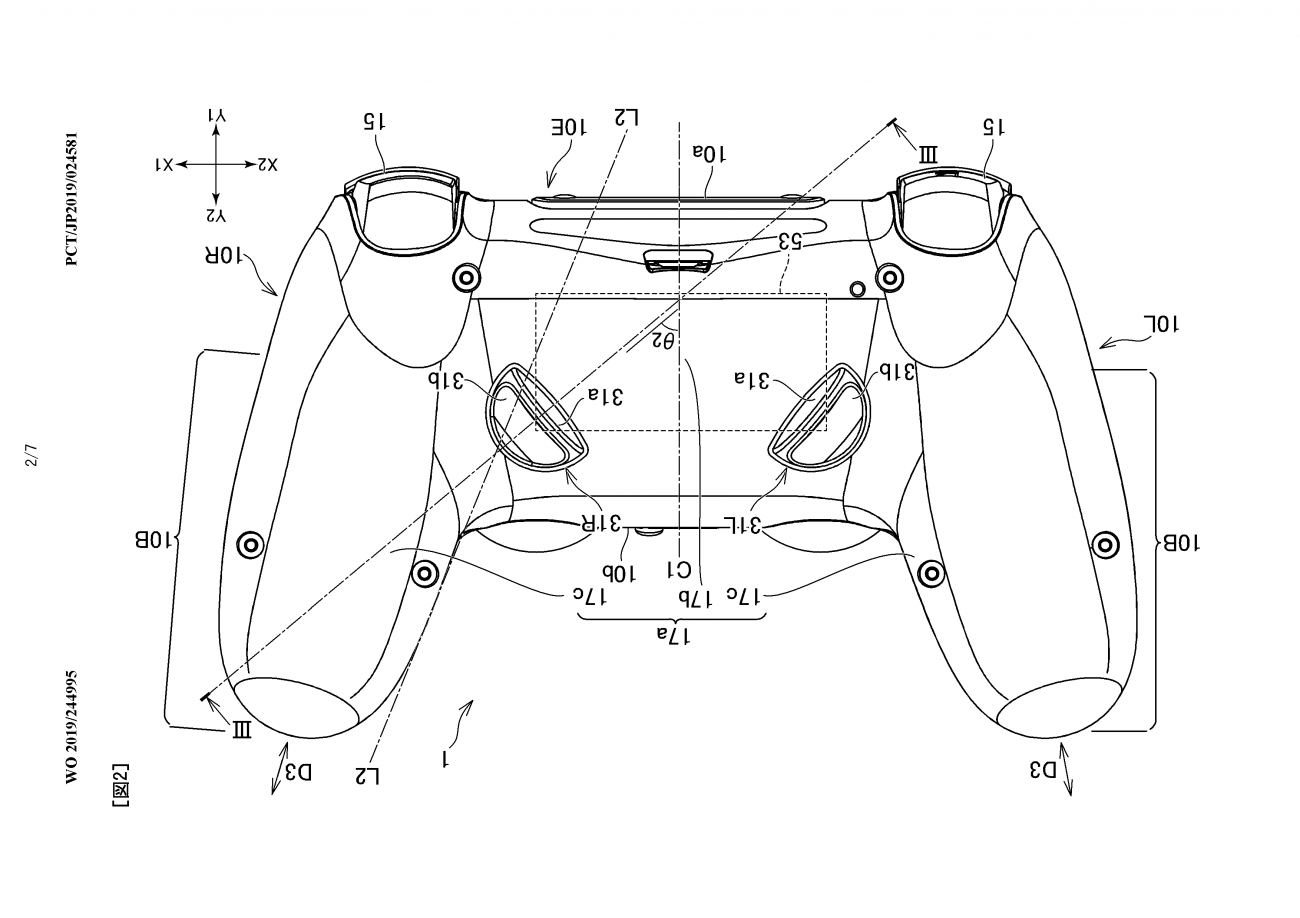 We know Sony is sprucing up the PS5's next-gen controller with nifty additions like USB-C, a built-in mic, and the removal of top energy-draining lightbar. But a brand new patent suggests the DualShock 5 could come stock with two extra buttons on the back, similar to the premium Xbox Elite controller.

The patent mostly discusses the orientation of the buttons to the controller itself, including their angle and how the sensors are placed within the housing. The description is on the layout rather than the actual functionality of the back paddles themselves. There's no talk of the buttons being customizable or programmable, but expect this to be the case.

It's worth noting the patent was filed in June 2019, and only just published recently.

If the controller is indeed real and ships with the PlayStation 5, we should expect it to harness the new advanced haptic feedback that Sony touted to Wired. There should be a new dimension of rumble tech in the DS5, allowing for more nuanced and dynamic vibrations for small things like pulling a bow string and gunning down enemies with rapid-fire attacks.

This isn't exactly a surprising development.

Sony recently announced a $30 attachment that gives the DualShock 4 customizable back paddles. Gamers rightly speculated that this add-on could be a test run for the DualShock 5.

But what if you don't care about extra buttons? What if you're used to the DualShock 4's current layout? The PlayStation 5 will likely support DS4 controllers too, similar to Microsoft's backward accessory compatibility with the Xbox Series X.

Nothing's been confirmed from Sony and remember patents don't always indicate final products. So there's a change this may not come to fruition.