Samsung today strongly hints that its low-latency, high-bandwidth NVMe SSDs will power the next generation of consoles. 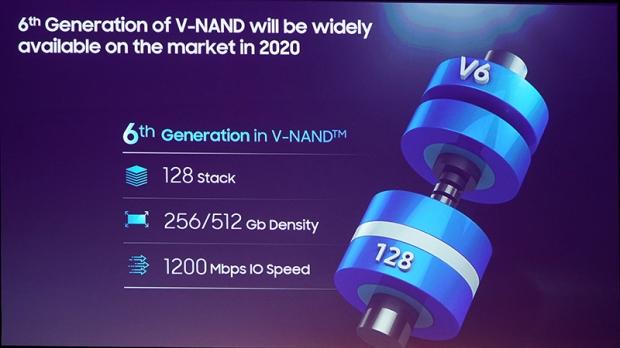 Both the PlayStation 5 and Project Scarlett next-gen consoles will use super-powered SSDs for fast loading times and optimized gameplay. We still don't know what the storage will look like--if it's custom hardware, software, or both--but it looks like Samsung is making the storage.

In a recent presentation, Samsung highlighted the evolution of its high-end memory chips and what's next on the horizon. It's possible both the PlayStation 5 and Project Scarlett could use a derivative of Samsung's new 6th generation V-NAND memory on an NVMe solution, but bear in mind this tech was also made for demanding enterprise workloads. Samsung's 6th gen V-NAND offers 1200 Mbps IO speeds and up to 512 Gb density per die, and it'll be out by 2020.

It's also possible the 6th gen tech is overkill for gaming and that the chips won't be ready in time for next-gen console mass production and manufacturing. Both the PS5 and Project Scarlett are due out by holiday 2020.

The presentation also highlights Samsung's new PM1733 SSDs, which can hit up to 6.4GB/sec reads and 3.8GB/sec write speeds over PCIe 4.0. Remember these drives were made specifically for datacenters, not video games consoles. 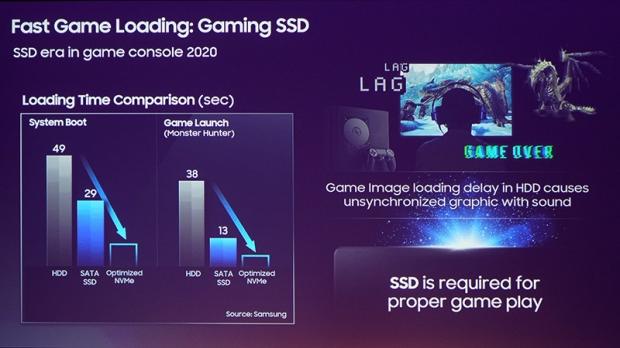 Reports say the PlayStation 5 will have a 2TB SSD, which probably means an older generation of Samsung NVMe SSDs. PCIe 4.0 might not be feasible due to higher costs, but it's possible both companies secured huge high-volume, multi-year deals at wholesale prices to reduce costs.

Whatever Sony and Microsoft use in their consoles, it'll be pretty specialized. And no, the PlayStation 5 won't use customized SSD cartridges for expandable memory--those patents were for Sony's Toio line of kids toys, not the PS5.

Microsoft says they've created a "new generation of SSD" that uses storage as a VRAM buffer for games. This could be done with highly specialized software--Microsoft is known for its extremely synergized SDKs and APIs--in tandem with specific hardware.

PlayStation 5 architect Mark Cerny also commented on the system's internal storage. Cerny says the PS5's ultra-fast SSD is paramount for achieving the seamless and immersive vision for the console, and that the PS5's internal SSD will have a highly customized software stack.

"An ultra-high-speed SSD is the key to our next generation. Our vision is to make loading screens a thing of the past, enabling creators to build new and unique gameplay experiences," Cerny said.

"The raw read speed is important, but so are the details of the I/O mechanisms and the software stack that we put on top of them." 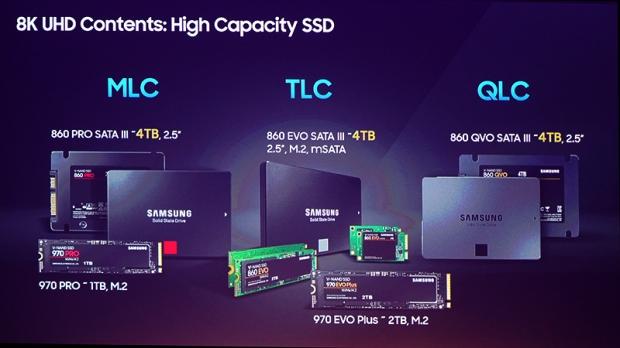 We're currently working on an article speculating on the storage solution found in the PlayStation 5 and Project Scarlett consoles, so keep an eye out for that.