The new add-on is called the DualShock 4 Back Button Attachment, and it tacks on two paddles on the back of your controller. It's basically designed for competitive play and lets users set custom button mappings for the paddles, which should help in intense shooters like Destiny 2 and Call of Duty Modern Warfare.

The peripheral plugs into the DualShock 4's expansion port and essentially transforms your DS4 into a budget Xbox Elite controller. For some reason Sony attached an OLED screen to it so the paddle add-on will leech battery life from your DS4's internal 1,000mAh battery.

We could even see a new official PlayStation DualShock Pro controller roll out with the PlayStation 5 in holiday 2020. Sony has already patented a DualShock 5 design that's quite similar to the DualShock 4. The only real differences in the new PS5 controller is a built-in mic, USB-C charging, and more tactile triggers with improved vibration.

The paddle attachment will launch on January 23 for $30, or roughly half the price of a DualShock 4's MSRP. 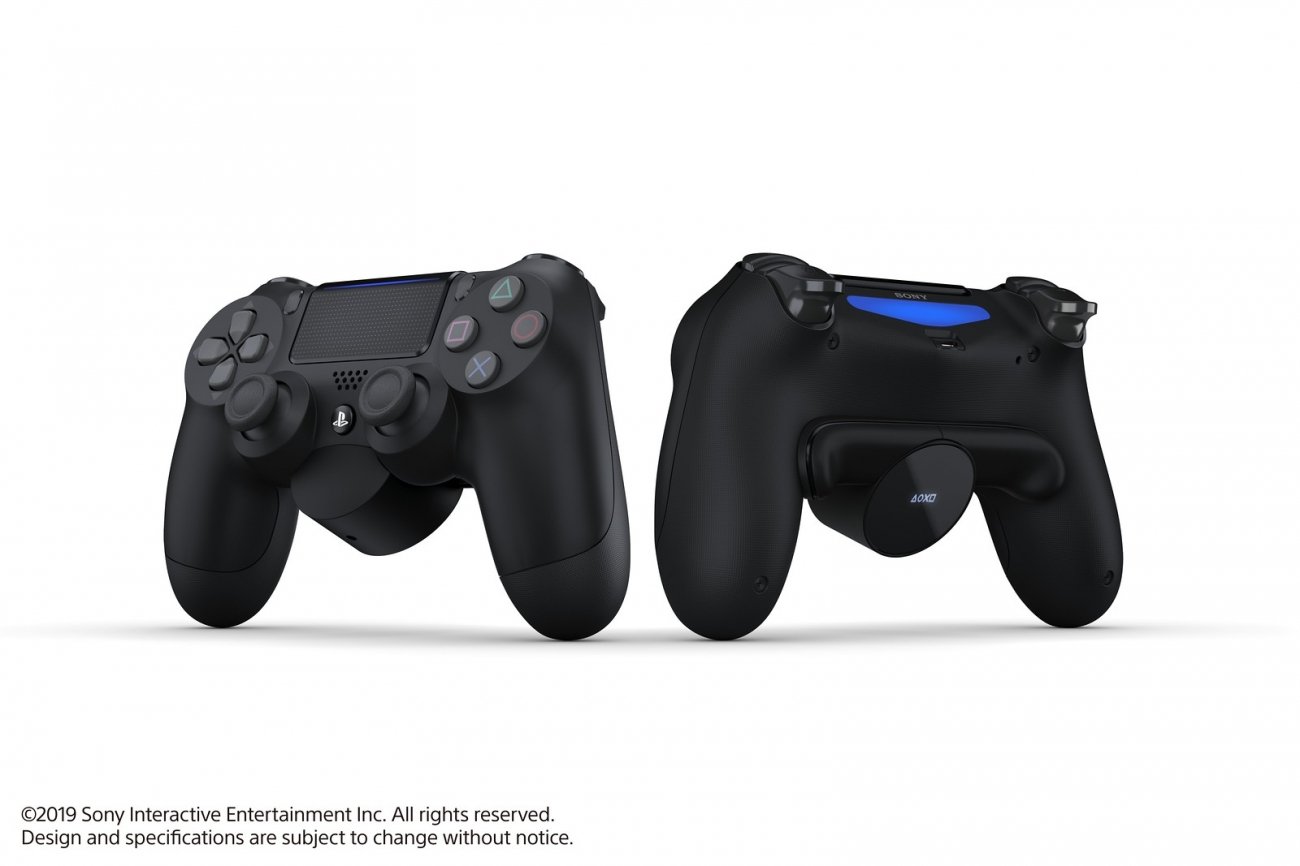