The US Navy is progressing in its Silent NEMO Rapid Innovation Cell (CRIC), with the GhostSwimmer unmanned underwater vehicle (UUV), an underwater craft that is 5-feet in length and weighs almost 100 pounds. Silent Nemo can operate in water as shallow as 10 inches down to depths of 300-feet, providing additional low-visibility intelligence, surveillance and reconnaissance (ISR) to keep ships safe - and to conduct hull inspections. 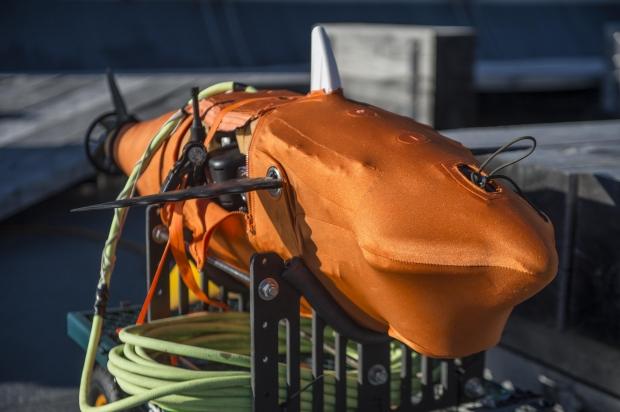 Silent Nemo is able to mimic the same swim motion as a regular fish, oscillating its tail back and forth, according to developers.

"GhostSwimmer will allow the Navy to have success on more types of missions, while keeping divers and sailors safe," said Michael Rufo, Boston Engineering director of the Advanced Systems Group program. "The unit is a combination of unmanned systems engineering and unique propulsion and control capabilities." 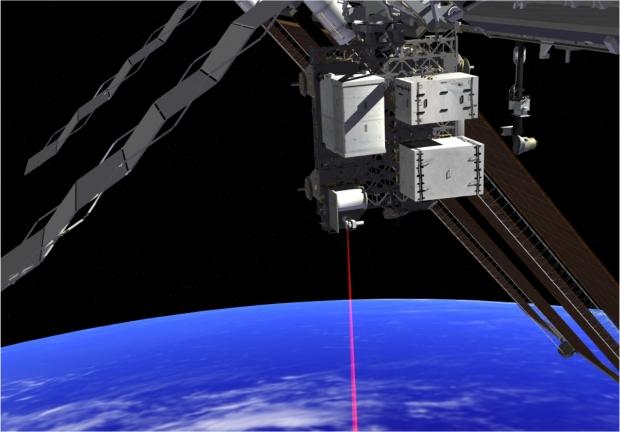 NASA being given extra funds in 2015, as space research accelerates 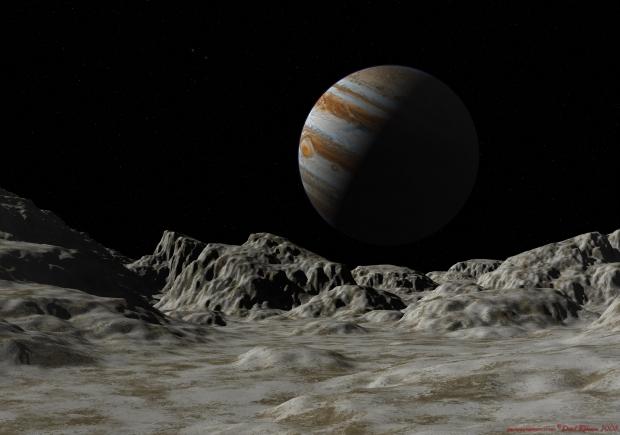 The world's largest telescope will be completed by 2024

The European Southern Observatory's Council has announced that it has approved plans to start construction of the world's largest telescope, which will be built-in Chile, and completed by 2024. 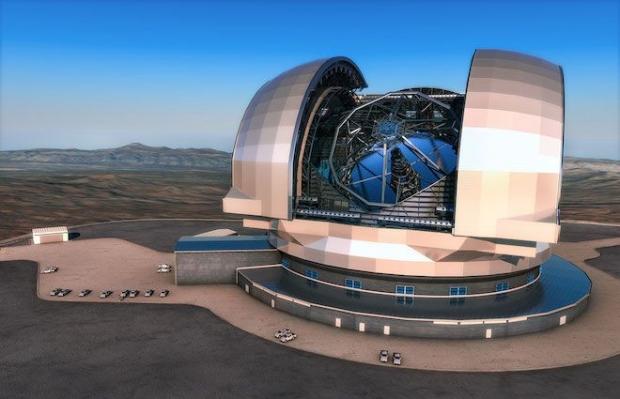 Tim de Zeeuw, the Director General of the ESO said in a statement: "The decision taken by Council means that the telescope can now be built. Major industrial construction work for the E-ELT is now funded and can proceed according to plan". The ESO will build the massive telescope on top of a mountain in Chile called Cerro Armazones, in Chile's Atacama Desert.

Back in mid-2012, the telescope was approved, but construction could only start once 90% of the funding required had been secured. This has now obviously happened, with de Zeeuw adding: "the most powerful of all the extremely large telescope projects currently planned". How big will the telescope be? We should see it featuring a 39m aperture optical and infrared telescope, which means we should see scientists capable of seeing the details of Earth-sized exoplanets, and study star populations in nearby galaxies. de Zeeuw added: "the next few years will be very exciting".

Continue reading: The world's largest telescope will be completed by 2024 (full post)

Professor Stephen Hawking is concerned that artificial intelligence development will evolve to the point of AI being able to not only match - but surpass - human capabilities, opening up the door to potentially aid in the end of mankind. 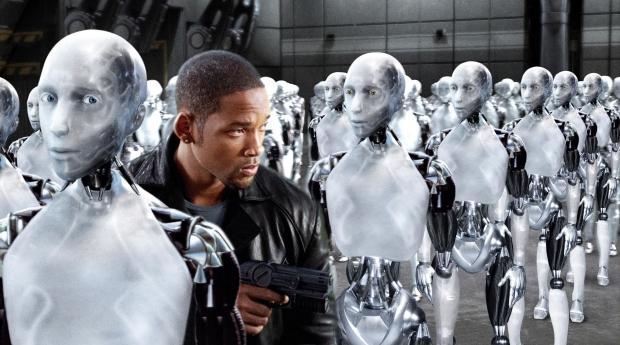 "The development of full artificial intelligence could spell the end of the human race," Hawking recently told BBC. "It would take off on its own, and re-design itself at an ever increasing rate. Humans, who are limited by slow biological evolution, couldn't compete, and would be superseded."

Despite the concerns shown by Hawking, not everyone is worried about AI: "I believe we will remain in charge of the technology for a decently long time and the potential of it to solve many of the world problems will be realized," said Cleverbot creator Rollo Carpenter.

Flying robots will help deliver your meals and drinks in Singapore

Robotics research has focused on factory automation, greeting customers in malls and shopping centers, but could one day soon have a new purpose: flying your meals and drinks to you while you dine at restaurants in Singapore. Infinium-Serve is the new fleet of autonomous flying robotic waiters that will be able to serve as waiters - and help reduce burden on labor problems in Singapore. 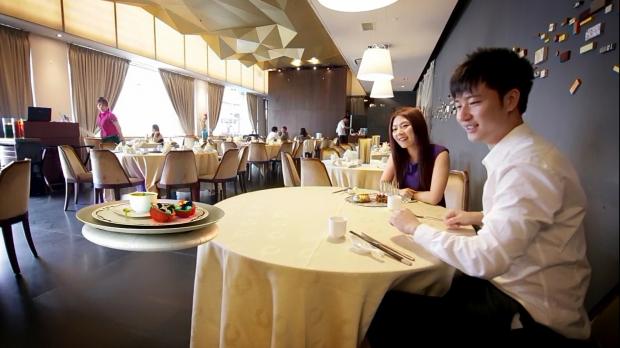 The robotic waiters could be deployed by the end of 2015, with Infinium Robotics currently trying to receive government grants to help pay for the project. Prime Minister Lee Hsien Loong saw an in-person test of the Infinium-Serve earlier this year, however, it remains unknown where he stands on the research.

"Introducing this technology into restaurants would take away mundane tasks of serving food and drinks," said Woon Junyang, Infinium Robotics CEO, in a statement. "It will allow human waiters to focus on higher-value tasks such as getting feedback from customers. This will result in an enhanced dining experience, which will eventually lead to increased sales and revenue for the restaurants."

NASA has successfully 3D printed the first object on the ISS

NASA is doing some cool things on-board the International Space Station, with the US space agency taking up a 3D printer and printing out some cool faceplate.

The experiment has revealed to NASA that parts stick to the print tray much more in space and its microgravity, than they do on Earth. It's possible that plastic layers bond differently in zero-gravity, than they do here on Earth. More 3D-printed objects will be printed, but they won't be coming back down to Earth until next year.

3D-printed body parts helping save the lives of medical patients

Using 3D printing technology to create replicas of the human heart presents the opportunity to save babies' lives, according to a new study submitted to the American Heart Association. Surgeons have the ability to better treat congenital heart defects, while also being able to strategize where they cut tissue and make other improvements. 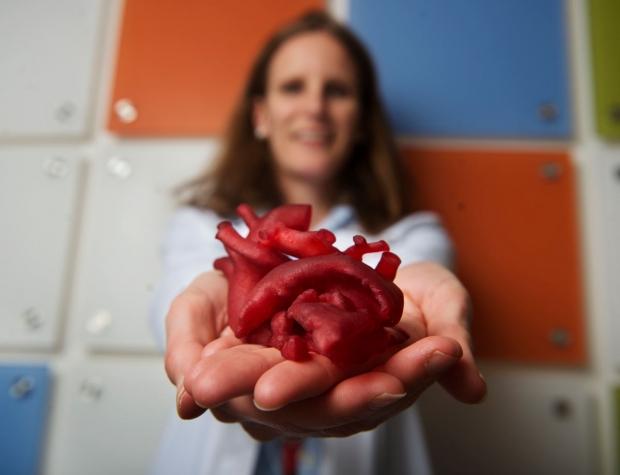 The ability to 3D print hearts gives surgeons the opportunity to prepare prior to surgery, but it's unsure if heart replicas will help increase success from surgical outcomes. A clinical trial would give medical experts the chance to work on enough cases to see how 3D-printed hearts could help, especially among young children with complicated heart defects.

"From the first two cases straight out of the gate, we've had this dramatic impact," said Dr. Matthew Bramlet, pediatric cardiologist at the University of Illinois College of Medicine and Children's Hospital of Illinois and study co-author.

US soldiers in the field could be able to one day generate power using wearable technologies that also reduce the weight of their gear. The Maneuver Fires Integration Experiment (MFIX) project was conducted at Fort Benning earlier in the year, with researchers testing prototypes of energy-harvesting products. 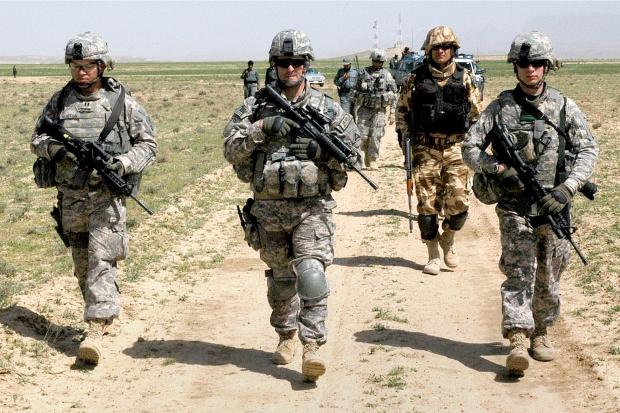 The Natick Soldier Research, Development and Engineering Center (NSRDEC) is leading the effort, with a focus on smaller, lightweight, and energy efficient batteries. Small amounts of energy can be harvested, and would have otherwise would have been wasted as heat, sound, vibration, movement or light, according to researchers.

"MFIX is looking at new concepts with energy-harvesting devices and how they fit in a tactical environment," said Noel Soto, NSRDEC Warfighter Directories' project engineer on the Power and Data Management Team.

In a comment made on an essay written by 'virtual godfather' Jaron Lanier, titled "The Myth of A.I." on Edge.org last week, SpaceX and Tesla founder Elon Musk the threats of AI might become real, and that he is worried that "the risk of something seriously dangerous happening is in the five year time frame. 10 years at most" according to CNET.

Musk posted his comments on the Edge.org, but they were quickly removed; not quick enough for some media outlets to pick it up, though. Musk talked about his involvement as an early investor in the British artificial intelligence company, DeepMind, which is now a cog in Google's ever-growing machine. He wrote: "The pace of progress in artificial intelligence (I'm not referring to narrow AI) is incredibly fast. Unless you have direct exposure to groups like DeepMind, you have no idea how fast-it is growing at a pace close to exponential".

The founder of SpaceX continued, saying that AI companies "recognize the danger" and are working toward controlling the "bad" superintelligences "from escaping the Internet". Well, that sounds safe enough.