Stem-cell research is pushing the boundaries into what is ethical and what is not. Questions have been raised as to whether or not human-animal hybrids should be approved under the guise of 'research'. 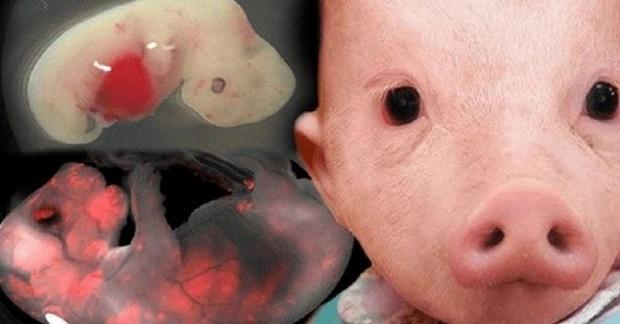 Back in late July 2019, Japan lifted the ban on the controversial stem-cell research enabling the University of Tokyo to conduct the first human-animal hybrid research. The research attempted to grow human call in rat and mouse embryos before it was brought to full term in a surrogate animal.

So why would scientists want to do this? Eventually, scientists and researchers would like to take stem-cell research to the point where they can grow human organs inside other animals. If this was achieved, then humans that require organ transplants will be able to receive those organs much faster than waiting for a human source.

Hiromitsu Nakauchi, the director of the Center for Stem Cell Biology and Regenerative Medicine at the University of Tokyo, received the approval and will be able to bring hybrid embryo's to full term instead of the previous boundary of just 14 days. Nakauchi said, "We don't expect to create human organs immediately, but this allows us to advance our research-based upon the know-how we have gained up to this point".

Funnily enough, back in early December, a team of researchers managed to create pig monkeys by successfully mixing the DNA cells of a monkey with a pig embryo, more on that story here.

Now, a hidden camera located on a producer of WBTV has discovered that at Carolinas Regenerative Medicine are attempting to sell stem cell treatment as a means of fixing a long list of orthopedic conditions. Here's what was stated, "Ligaments, cartilage, tendentious, rotator cuff tears, knees, hips, spine, neck and back pain, shoulders, elbow and don't fret if you don't see something on here that's ailing you, we probably just ran out of room on that slide". More on that story here. What are your thoughts on steam-cell treatment?