China's Chang'e-4 lunar mission rover has relayed some brand new images of the dark side of the Moon. These images are also high-resolution for viewers' pleasure. China's Chang'e-4 lunar mission recently completed its first year on the lunar surface, and also earned the achievement of being the first rover to travel the longest distance on the dark side of the Moon. China's lunar rover is called Yutu 2, and it recently relayed a new data set back to officials on the ground. Within this data set was a bunch of new high-resolution images that let us take a great look at the surface of the dark side of the Moon.

The date was released online by the Ground Research and Application System (GRAS) on Monday, January 20th. Some of the locations the rover managed to take pictures of including the Von Karman Crater, which is the same spot the rover soft landed on last year. Doug Ellison, who is the engineering camera team lead for NASA's Curiosity rover mission on Mars, tweeted about the data drop, saying, "Oh my god - the data drop is incredible :O". Ellison created galley of the images, that can be found here. 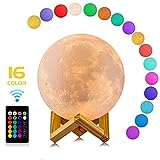