Neil deGrasse Tyson, one of the most famous astrophysicists alive, has taken to his personal Twitter account to give everyone a friendly reminder about our solar system.

In the above Tweet, we can see an image of what appears to be our solar system, but something is strangely inaccurate. Earth appears to be a flat disk instead of a sphere like the rest of the planets? This is a depiction of what flat earth conspiracy theorists believe is the proper shape of Earth, instead of what established scientists have confirmed for years -- a sphere.

Tyson states that flat Earthers (flat earth conspiracy theorists) biggest fear is the "sphere itself". Here's the full statement: "It's well known: What flat-Earthers fear most is Sphere itself". Of course, this is just a friendly poke at a group of people's beliefs, but there is a string of truth to it. If the Earth happened to be flat, it would contradict all knowledge that we have of other planets being spherical shape. It would also put a lot established physics into question as well.

Reminder: Everyone should be able to believe whatever they want to believe, but facts are facts, no matter how much emotion you through into it. That's a core principle of scientifically evaluating a problem and providing an answer to a question. The answer shouldn't contain personal belief, only valid evidence, and at the moment all hard/valid evidence we have points towards the planet being a spherical shape. 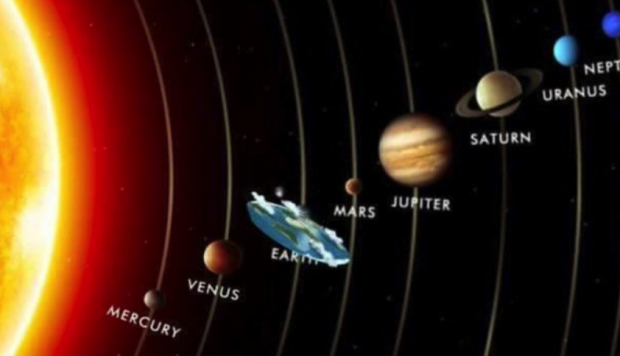