Google has helped out Janelia Research Campus with its recently released breakthrough in being able to map the brain.

Above is now the largest and most highest-resolution map of brain connectivity we as humans. The video was published on the Janelia website, and showcases a 3D model of 25,000 fruit fly neurons on a range of different cellular structures in various parts of its brain. So how was this done? The research team sliced the fruit fly's brain into extremely thin pieces and imaged those slices using electron streams from an electron microscope.

The team then stitched the image back together and created a brain map of the fruit fly. While this achievement might sound minuscule because the map is of a fruit fly and not a human - the achievement still harbors high levels of recognition as this is still a large step towards understanding the brain. Scientists can now trace individual neurons back to their source of functionality. It should be noted that a fruit fly has 100,000 neurons in its entire brain, while 25,000 is still small when compared to the total, it's still a big step forward.

Humans have an astonishing 86 billion neurons in our brains, which means it will be quite some time before we see a map like the one above of the human brain. 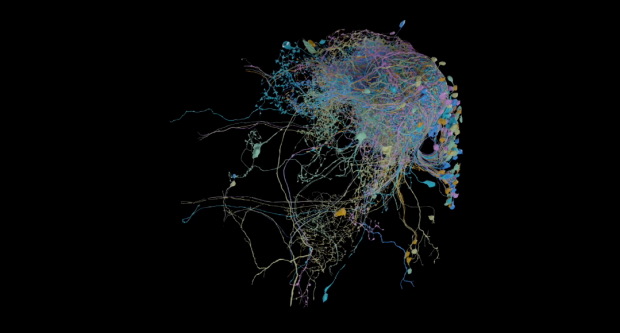