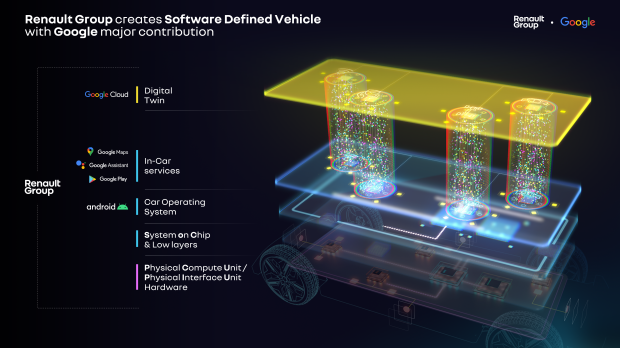 This is a wise strategic partnership expansion for Renault, as the company wishes to capitalize on growth opportunities. Google will help using its experience with cloud computing, artificial intelligence, and Android throughout a vehicle's lifecycle.

The software-defined vehicle (SDV) powers in-vehicle software, while both companies also discuss the so-called digital twin: "a virtual twin of the vehicle that will feature the most advanced Artificial Intelligence (AI) capabilities, for an easier and continuous integration of new services into the vehicle and the creation of new onboard (In-Car Services) and offboard applications."

"The complexity of the electronic architecture of cars is increasing exponentially, driven by the sophistication of the functionalities and services expected by customers. Equipped with a shared IT platform, continuous over-the-air updates, and streamlined access to car data, the SDV approach developed in partnership with Google will transform our vehicles to help serve future customers' needs."

More semiconductors and software in a vehicle forced automakers to reach out to create partnerships - and develop their own wares. Ford opened a research and innovation center in Atlanta, aimed at auto market digitalization. Korean automaker Hyundai is scheming a connected auto network of 20M vehicles - and these types of announcements should remain constant.

During the 2022 Paris Motor Show in mid-October, Renault introduced the neat-looking 4ever Trophy electric SUV. Hopefully, the rugged SUV is released as expected in 2025. 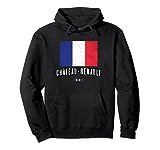