The latest and most important Cryptocurrency & Mining news - Page 31. 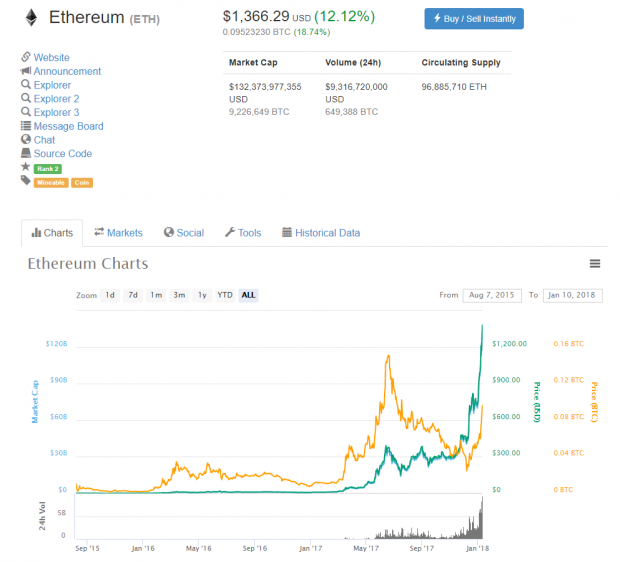 Putting this into comparison, Bitcoin is worth $14,395 at the time of writing, down 5.68%. Ethereum is like a wrecking ball right now, and so it deserves to be. Bitcoin's network can't handle the pressure, and people are beginning to see the future of blockchain technology and Ethereum, so the money is flooding in.

Dogecoin starts as a joke, now has $1.8 billion market cap

Most people know that Dogecoin started off as a joke, with the parody coin named after the internet meme from a few years ago that featured a Shiba Inu Dog, and has gone ballistic ever since. 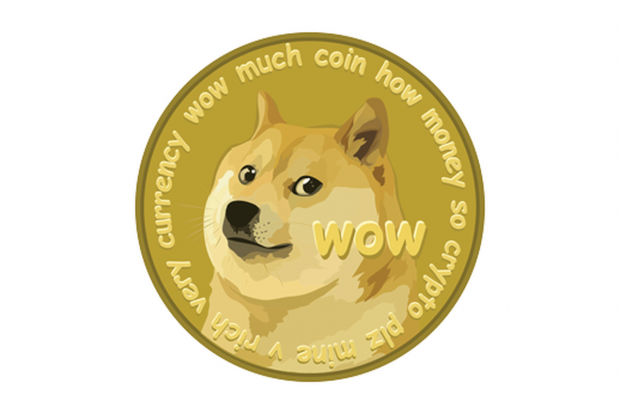 Dogecoin is now worth $0.01 and while it sounds like nothing, remember that Dogecoin flat lined for years at $0.0001, so the rise to $0.1 is actually significant. Big enough to drive the market cap of Dogecoin to $1.8 billion, which is crazy as this started off as a joke and a lot of people are making serious bank from it.

The founder of Dogecoin, Jackson Palmer, has talked about the recent price rise by saying: "I have a lot of faith in the Dogecoin Core development team to keep the software stable and secure, but I think it says a lot about the state of the cryptocurrency space in general that a currency with a dog on it which hasn't released a software update in over 2 years has a $1B+ market cap".

Ethereum has been on a huge run for the last week or so after it was happily sitting at around $800, where it breached $1000 and then $1100 easily in the last few days. 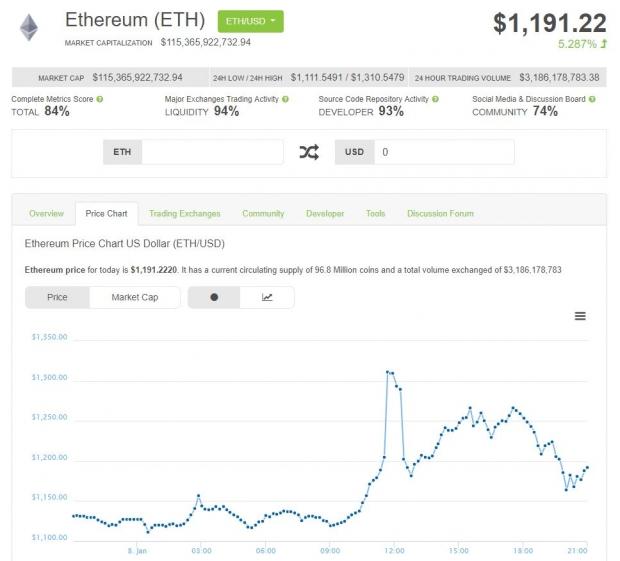 It didn't stop going, culminating in a new all-time high price of $1310 before cooling d own a little and coming down just under $1200 to $1191 at the time of writing. Ethereum's market cap is a ballooned $115 billion, with $3 billion ETH being traded in the last 24 hours alone.

Continue reading: Ethereum peaks at $1300 after huge $500 increase in a week (full post)

Unikrn has been leading the gaming and eSports scenes for a couple of years now, but the company released Unikoin Gold and ever since then it has been golden. 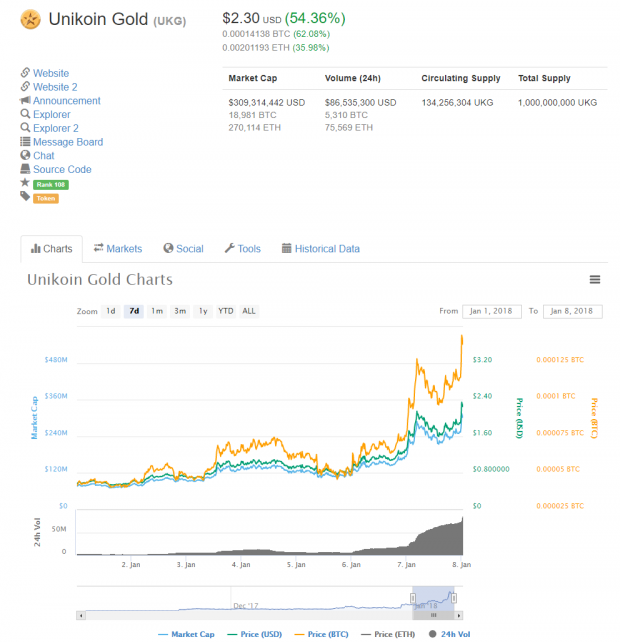 Unikoin Gold (UKG) has had its price driven up towards the moon starting this year, hovering in the mid-50c mark before it started smashing through $1. UKG breached $1 on January 4 before rising further on January 7 when UKG started hitting new crypto exchanges.

UKG hit $2 before it began dropping, as there was resistance before it could drive up any further, with some original investors most likely taking some profits at the $2 mark. But that didn't stop UKG, which scaled right up with nearly triple its trading volume happening in the last 36 hours alone.

It was only a few hours ago that UKG hit its record $2.35, with the price falling slightly to $2.30 at the time of writing, giving UKG a market cap of $309 million. $89 million of UKG has been traded in the last 24 hours, with 134 million UKG circulating right now, and 1 billion UKG in total.

While it seems Bitcoin is cooling off after hitting new records in 2017, it's time for Ethereum (ETH) and Ripple (XRP) to shine. 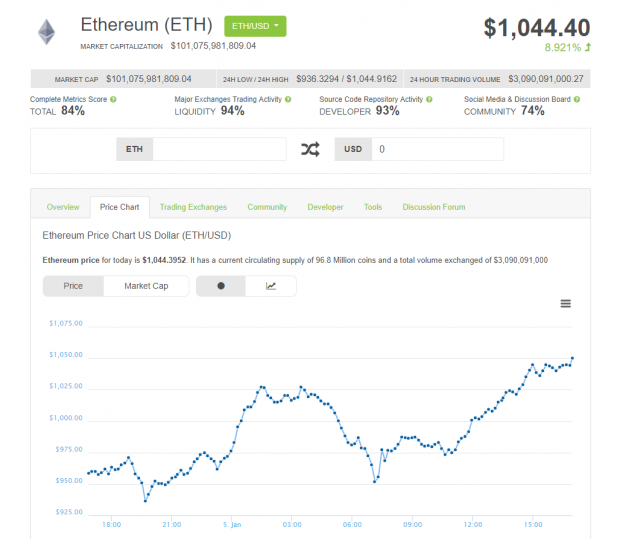 It was only a few days ago that I reported that Ripple (XRP) had reached a new record high price of $2.17, but that was a few days ago and in the crypto market, that's an eternity. 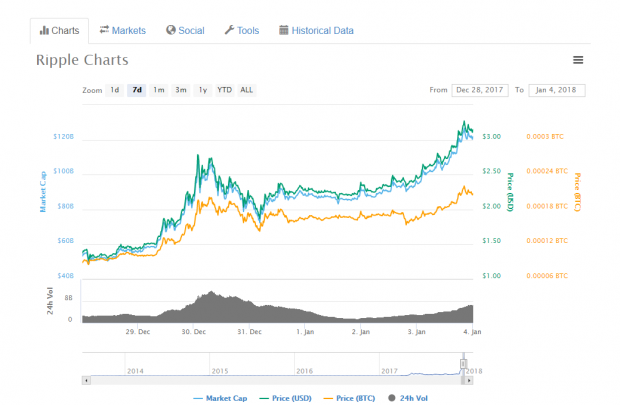 XRP has reached a new record high price of $3.17, with a record market cap of a massive $122 billion. There are over 38 billion XRP in circulation, with a total supply of just under 100 billion XRP (the Ripple team hold 60% of XRP). These prices aren't cooling down, with more and more interest and investment into XRP. 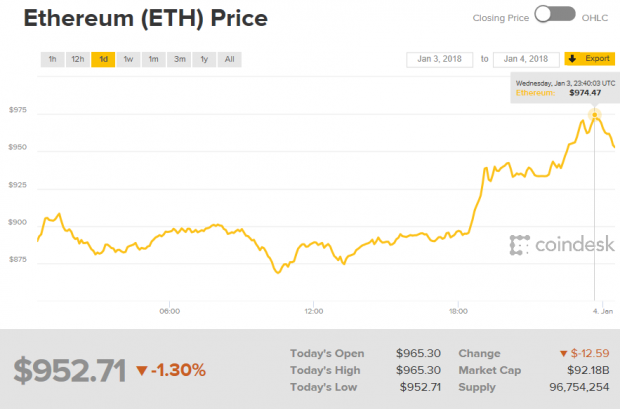 Ethereum's market cap is now a huge $92 billion (at the price of $965, at the time of writing) with 96 million ETH in the world right now. My 1.4GH/s Ethereum mining farm is still going well, and even better with these record high prices, while most of the alt coins are enjoying a sea of green in the last 24 hours.

We all know everything cryptocurrency and blockchain technology is the next big thing, but now Hooters is joining in on the fun - yes, 'that' Hooters. 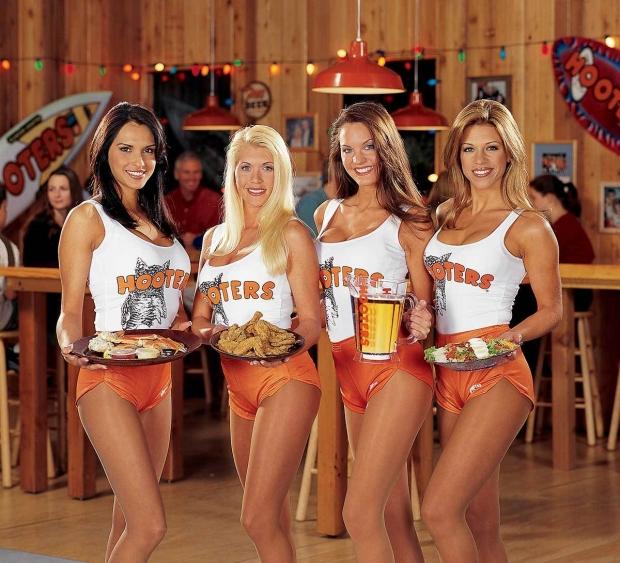 CNBC reports that Hooters announced it would be moving its customer loyalty program onto blockchain, and then pushing out a cryptocurrency called Mobivity Merit, seeing Hooters shares leap by 50%.

Michael Pruitt, Chairman, President, and CEO of Chanticleer Holdings (the parent company of Hooters) explained: "We wanted to expand our existing loyalty program with something that really changes the way our customers can leverage their rewards; Mobivity Merit is real cryptocurrency, leveraging the same infrastructure and principles of Bitcoin, Ethereum, Ripple, Litecoin, and more, and will enable our customers to make use of their rewards in entirely new ways".

We might have seen Bitcoin become the cryptocurrency that took headlines in 2017, but Ripple (XRP) smashed an all-time high price just 48 hours ago and now it's Ethereum's time to shine. 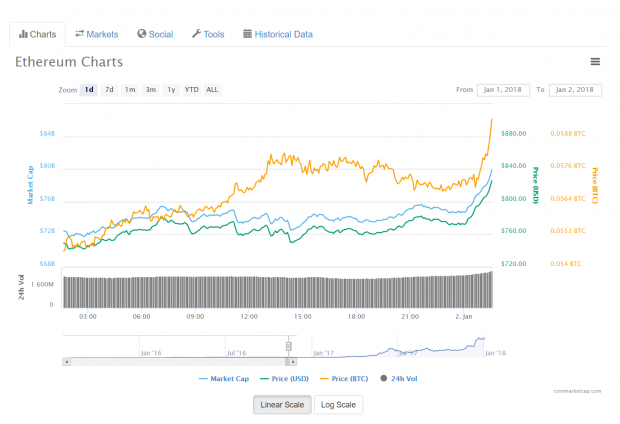 Ethereum has just reached a record all-time high price of $870, jumping 16.5% in the last few hours, boosting its market cap to a blistering $84 billion. Over $3 billion of Ethereum has been shifted around the crypto exchanges in the last 24 hours, or a huge 233,810 BTC worth.

There are 96,714,501 ETH in circulation right now, and my 1.4GH/s ETH mining farm is still going strong with the payout amounts continuing to swell.

On another note, check out my review of the MiningSky Custom Mining Rig V1 with 8 x AMD Radeon RX 580 graphics cards.

While the world is concentrating on Bitcoin, Ripple (XRP) mooned over the last 48 hours from its near-$1 to a new record high price of $2.23 on Friday afternoon. 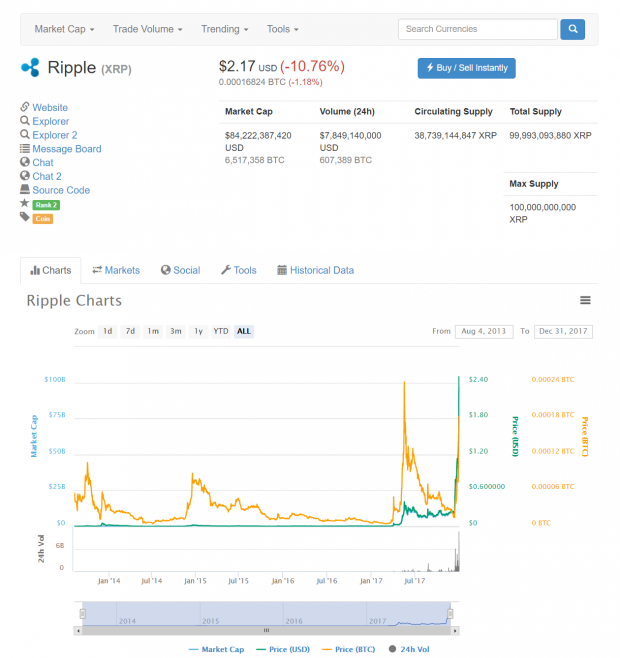