Now that Bitcoin has reached its all-time high of over $10,000 we're now seeing plenty of people coming out making their own predictions of where Bitcoin will be in 2, 3, or 5 years time.

John McAfee, the anti-virus legend, has come out saying that he predicts Bitcoin will be priced at $1 million before the end of 2020, and if he's wrong he has said on Twitter to his 118K followers that he will "still eat my d*ick". Now I'm wanting to agree with McAfee that Bitcoin will indeed reach $1 million by 2020, but I wouldn't bet eating my own d*ck, but hey that's just me. 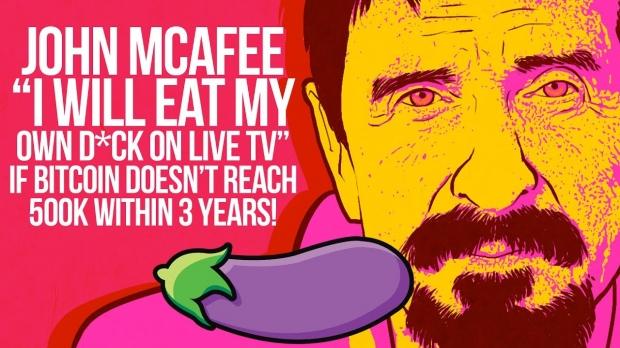