Hasbro's new Transformers toy transforms on its own, costs $700

If you're a huge Transformers fan then this new $700 "toy" is for you. 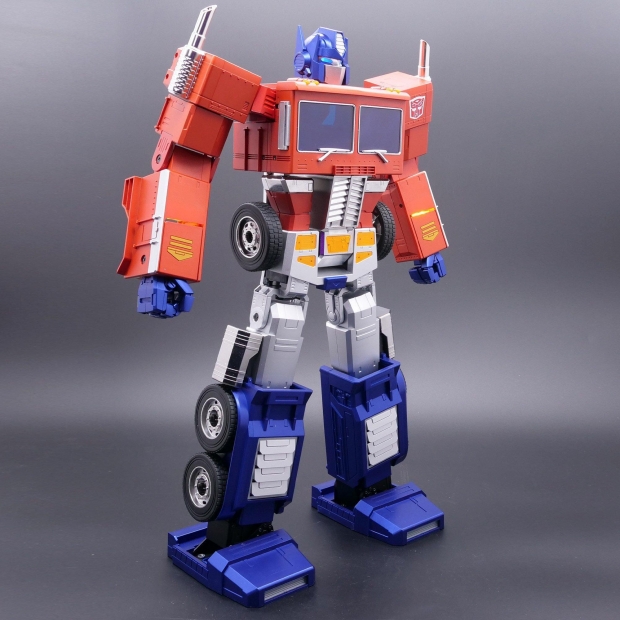 Hasbro has announced a huge new 19-inch tall Transformers Optimus Prime Auto-Converting Programmable Robot - Collector's Edition that costs $700 and actually transforms from a car, into a robot -- it packs a huge 5000 components, 27 patented servo motors, and 60 connected microchips. Hasbro has 80 sound effects you can play around with, while you can control your new Optimus robot through the ROBOSEN Optimus Prime app on your smartphone.

Optimus Prime can be programmed to walk around, punch, blast, drive, and convert at just a swipe of your finger -- even better, you can control your Transformers robot with your voice, too. Insider you'll have a Battle Axe and Blaster for your new Transformers 'toy' Optimus Prime, too.

Zack Snyder's Justice League has made its huge debut on HBO Max, with parent company AT&T enjoying a huge surge in users as they flocked in to watch the original vision of Justice League from Zack Snyder.

WarnerMedia's streaming platform saw an 8.9% surge in users launching the HBO Max mobile app, while the HBO Max app itself had downloads skyrocket by 68% during the week that Zack Snyder's Justice League debuted. The only source on this right now is Bloomberg, where writer John J. Edwards III is wrong about the theatrical release of Justice League being Zack Snyder's "original 2017 cut" but "completed by a different director".

The theatrical release of Justice League was not Snyder's "original 2017 cut", it was a hacked-together Frankenstein mess that had almost nothing to do with Snyder after Whedon's extensive re-writes and re-shoots. It wasn't simply "completed" by another director, but that director made it into nearly a completely different movie.

Hulu is preparing to release the brand new season of its new hit animated show Solar Opposites and to kick things off, we have a new trailer to enjoy.

Solar Opposites is created by Justin Roiland, the co-creator of Rick and Morty. If you enjoy Rick and Morty, then there is no doubt that you will enjoy Solar Opposites as both of the shows are quite similar in terms of comedy. In the above trailer, we can see Korvo with his family of aliens attempting to get off Earth in their spaceship.

Before the launch, Korvo makes some offensive jokes about the current state of Earth. At the end of the trailer, we are shown the release date for season 2 of Solar Opposites, which will premier on Hulu on March 26th. If you are interested in reading more about Solar Opposites, or if you want to check out some more trailers for the show, visit this link here.

Zack Snyder's Justice League is nearly here with an epic final trailer for the movie released, fully unleashing the hype engines. Check it out:

Snyder tweeted out the final trailer to Zack Snyder's Justice League with "The Time is Now. #ForAutumn", Autumn being his daughter that took her own life as he was finishing up Justice League. Warner Bros. removed him from the project as he needed time with his family and that didn't suit their schedule, they had Avengers director Joss Whedon step in and re-shoot Justice League into the theatrical mess it was.

It's a beautiful way to end this journey into the release of Zack Snyder's Justice League from the man himself, saying this is For Autumn. Many of the fans, myself included, have been with Zack throughout this entire journey. There have been large sums of money raised for suicide awareness because of it, with the Snyder family fully embracing the movement. 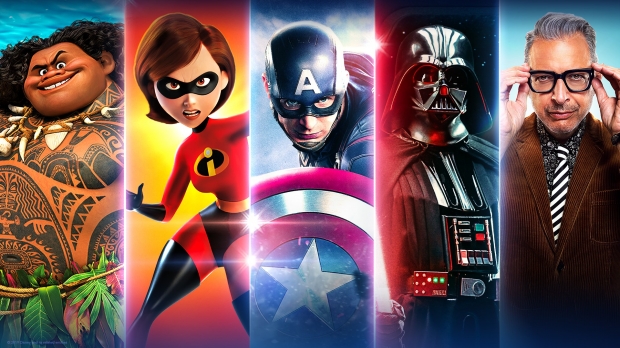 Disney CEO Bob Chapek said in a press release: "The enormous success of Disney Plus ... has inspired us to be even more ambitious, and to significantly increase our investment in the development of high-quality content. In fact, we set a target of [more than] 100 new titles per year, and this includes Disney Animation, Disney Live Action, Marvel, Star Wars, and National Geographic".

It should come as no surprise given the popularity of shows like The Mandalorian, the entire back catalogs of Star Wars, Pixar's entire library, the entire of the Marvel Cinematic Universe (MCU), and a million-and-one other TV shows, movies, documentaries, sport and entertainment.

Zack Snyder's Justice League is still 10 days away and yet the movie "accidentally" debuted on HBO Max when users searched and tried to stream 'Tom & Jerry'.

The movie was then made available in various sources across the internet, but it took many hours before Warner Bros. responded and in the end Twitter sent takedown notices on behalf of Warner Bros. to Twitter users who were sharing screenshots from the leaked Zack Snyder's Justice League movie.

The team have been slowly releasing character trailers leading into the release of Zack Snyder's Justice League on March 18 where it will debut and I'm sure break many records on HBO Max. We started with Batman, and went right into the beautiful black suit Superman, then Aquaman and The Flash and today Wonder Woman.

Zack Snyder has referred to Cyborg as "the heart" of the movie, so it's fitting that his individual video has been left until last. Every single video has given me goosebumps, I've literally cried in a couple of them with pure happiness and geeking out, but holy f***ing shit this is looking absolutely phenomenal.

The wait is finally over, Hulu has released the new trailer for the coming season of its hit show Solar Opposites.

Above you will find the new trailer for season two, and you can see that the family of aliens gets up to quite a lot of mischief while trying to fit into society on Earth. According to the announcement, season two of Solar Opposites will be released exclusively on Hulu on March 26th. For more information on Solar Opposites, check out this link here. 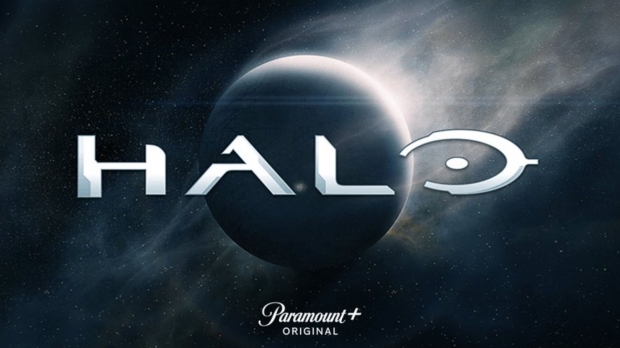