All the latest motherboard news, with everything related to new boards from AMD & Intel, new BIOS/UEFI, and upcoming products - Page 17.

ASUS confirms Z390 motherboards, with 19 boards on the way

ASUS has just confirmed that it's working on a slew of Z390 motherboards, with a huge 19 motherboards set to be unleashed in the coming months. 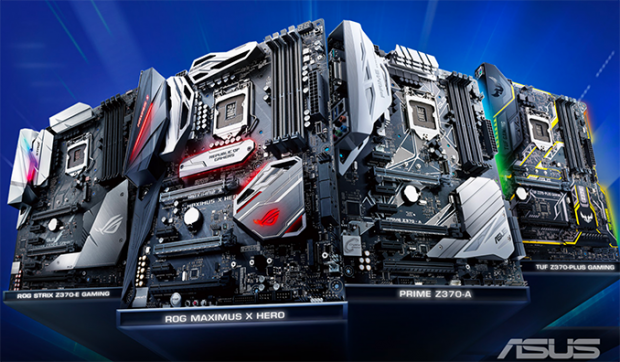 There is a listing on the official ASUS website with the new Z390 motherboards to be found in the families of STRIX, Prime, TUF, and Dragon series while the flagship Maximus XI takes care of the high-end side of the market. There will be ASUS ROG Maximus XI APEX and FORMULA motherboards for overclockers, while a mini-ITX motherboard can be found in the Z390-I STRIX.

Intel is expected to launch its new Z390 chipset in the near future, but according to the latest rumors the 'new' Z390 chipset won't be so new after all... and will reportedly be a rebadged Z370 chipset. 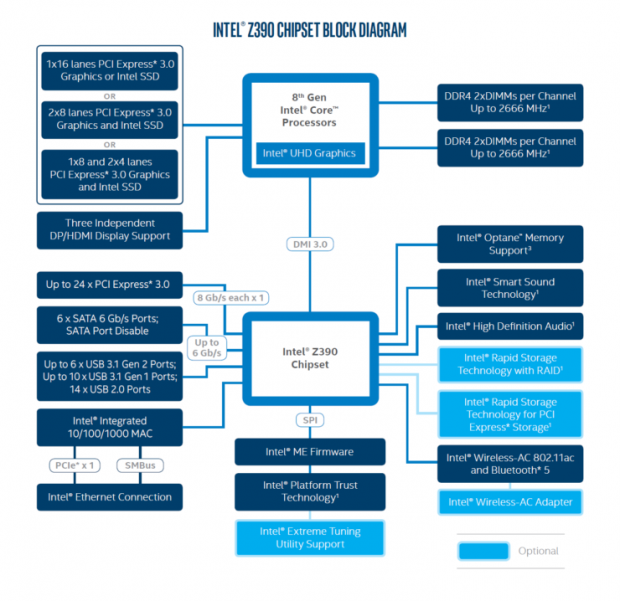 Right now, all of Intel's current 300-series chipsets are made on the 14nm node, except for the Z370. It was expected that the refreshed Z390 chipset would be made on 14nm, but with Intel having a million troubles right now - 10nm node is busted, their CEO resigned just a few days ago - things are changing.

Z390 will reportedly not be made on the 14nm node but will be on the same 22nm node as the current Z370 chipset. This means we won't see native support for USB 3.1 Gen 2 and other technologies that would've made it into the 14nm-based Z390, so there will be third-party controllers used by motherboard makers instead.

While we won't see 14nm used for Z390, it'll give an edge to motherboard makers to make their 'new' Z390 motherboards stand out from the competition. The Z390 chipset will launch alongside Intel's new Coffee Lake-S based 8C/16T processor that should arrive in the form of the Core i7-8900K.

Intel didn't unveil its new Z390 chipset during Computex 2018, but that doesn't mean it disappeared and won't be released, as the purported ASUS ROG Maximus XI motherboard has been teased. 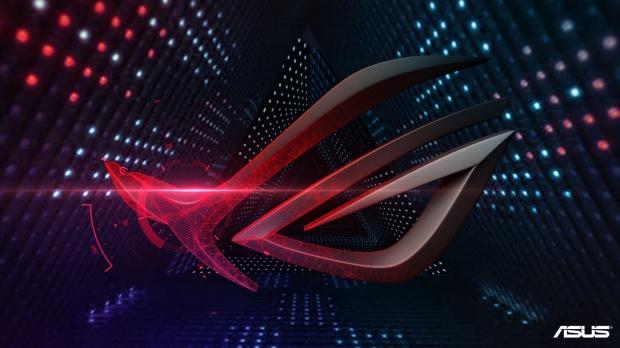 VideoCardz is behind the new report, stating that they "finally got info from my moles at ASUS. It appears that ASUS will bump the Roman numeration for Intel's upcoming high-end chipset". The site also confirms that there will be at least four Maximus XI motherboards on their way, while confirming four ROG STRIX motherboards.

GIGABYTE teased all with their huge motherboard capable of overclocking Intel's 28-core monster CPU to 5GHz, let's see what was hiding under the heat sinks and find out more about the CPU and motherboard. 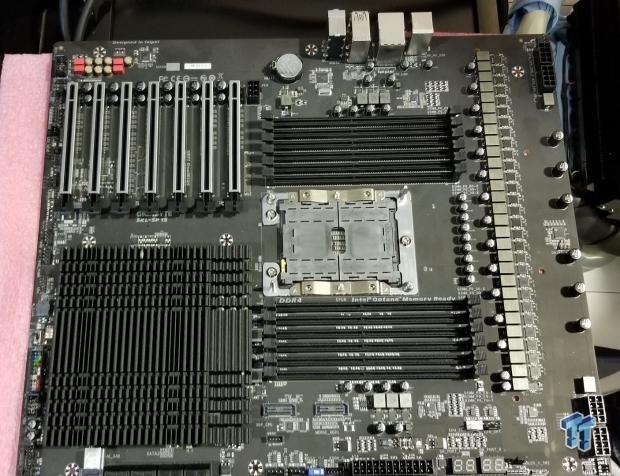 There has been a lot of chatter about Intel's debut of their 5GHz 28-core beast, and while that CPU is probably a modified Xeon Platinum 8180, Intel nor the vendors would give us any information on the CPU or even motherboard. However, we can learn a lot from the motherboard used to demo the chip to the world. For starters, let's get this out of the way; yes, that chip was without a doubt overclocked. The VRM on the motherboard is a monster, and designed to support much more than Intel's "300W" TDP number (the Platinum 8180 is rated for 205W TDP).

For reference, Intel's 18-core 7980XE can easily pull 500W when overclocked to 4.5GHz. So add the increased leakage from taking more than 50% more cores all 500MHz higher, and add to that the decrease in VRM efficiency due to increased phase count, and we think the VRM could be pulling 1.2-1.8 KW. We heard rumors of the 7980XE pulling up to 1000W under LN2, so we don't think our numbers are too far off. We also heard that Intel was hitting the limits of physics, and we aren't just talking about upgrading their circuit breakers.

We believe that both the GIGABYTE and ASUS motherboards that demoed the CPU used a PCB meant for dual socket motherboards just so the copper plane was big enough to handle the increased current, we also believe the motherboards are using increased copper in the PCB. We also see double the ATX 8-pin power connectors, for a total of four. These power connectors are isolated for CPU power only, and by standards they should each supply up to 300W. However, we have seen more than 300W go into them with ease.

Computex 2018 - I knew that this Computex would be different now that we live in a crypto mining obsessed world, and I wasn't disappointed with what ASRock had on offer.

ASRock unveiled its new J3455 Pro BTC+ motherboard that features a built-in Intel quad-core J3455 CPU that has a clock speed of up to 2.3GHz, with the board supporting DDR3/DDR3L SO-DIMM RAM and featuring a huge 8 x PCIe x16 ports for the ultimate in mining power.

Computex 2018 - AMD's new B450 chipset has been shown off at Computex 2018, slapped onto the new MSI B450 TOMAHAWK motherboard, something we spotted when we were walking around the halls of Nangang before Computex 2018 kicks off tomorrow.

There's also some cool heat sink designs and 'Arsenal Gaming' branding at the top, with 'Tomahawk' branding on the left heat sink. There's a DVI port for older monitors, just in case you wanted to throw an APU onto the MSI B450 TOMAHAWK. 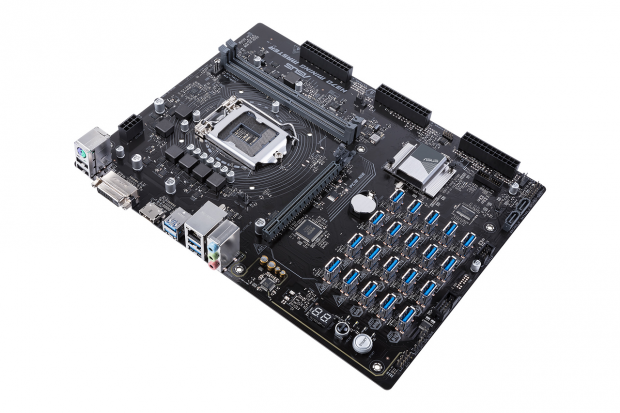 ASUS has learned from its first B350 Mining Expert motherboard, with the new H370 Mining Master motherboard simplifying the entire mining experience by letting USB riser cables connect directly into the PCB. Glorious. This means you can run 20 graphics cards at once, without as many cables and headaches - and trust me, there are lots of headaches with super-crazy mining setups. 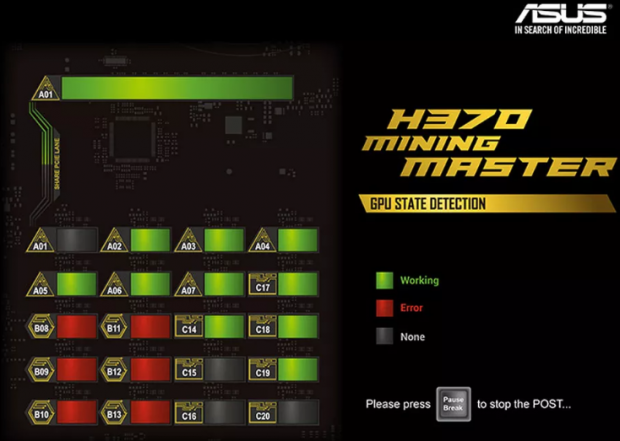 The H370 Mining Master motherboard has mining-specific tweaks that ASUS has performed to the board, another nice touch, with one of them being the GPU state detection before the board boots, as you can see in the image above.

Intel Z390 and AMD Z490 chipsets coming, will be CONFUSING

Intel and AMD are preparing new chipsets that are sure to confuse customers in the coming months, with AMD planning their beefed up Z490 chipset while Intel do the same with a suped up Z390 chipset. 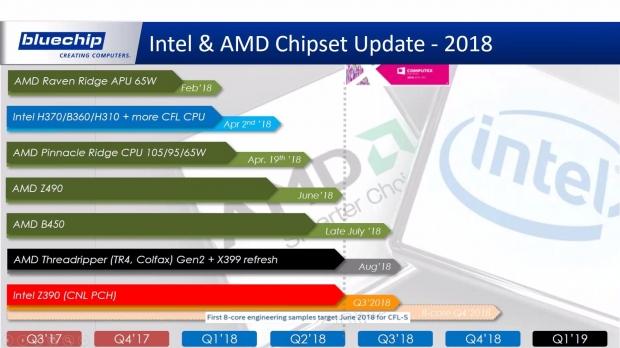 AMD's upcoming Z490 chipset will be very similar to the just-released Z470 chipset, except the new Z490 chipset will rock new PCIe lanes when it drops in June. We should expect an 8C/16T variant of Intel's Coffee Lake CPUs, so think the Core i7-8790K, which will debut alongside the refreshed Z390 chipset. 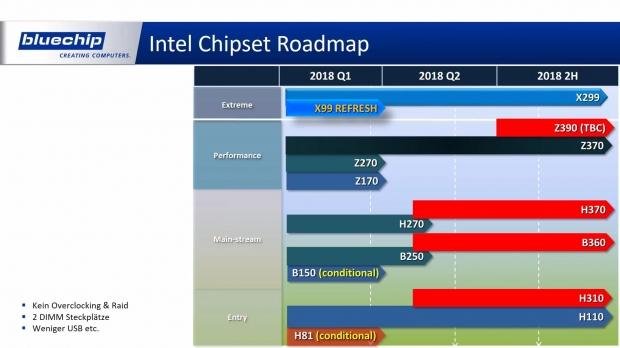 Intel will be keeping its HEDT chipset around for a while, with X299 staying with us through 2H 2018. 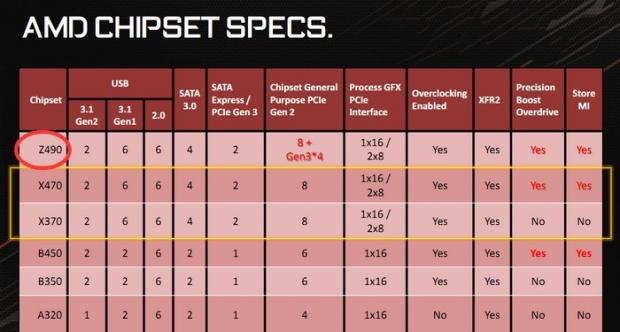 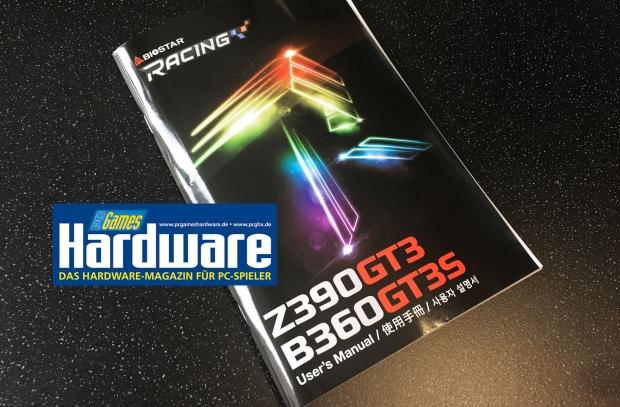