Supermicro isn't a name you typically find at the top of the extreme overclocking rankings over at HWBot, but today is different. Using a Supermicro C9Z390-PGW, user "Superm" submitted the highest LN2 9900K frequency world record, at 7.511GHz. While there is one score roughly 100MHz higher, that result uses Liquid Helium, which has a boiling point of -268C, which is much colder than the -196C liquid nitrogen can achieve. 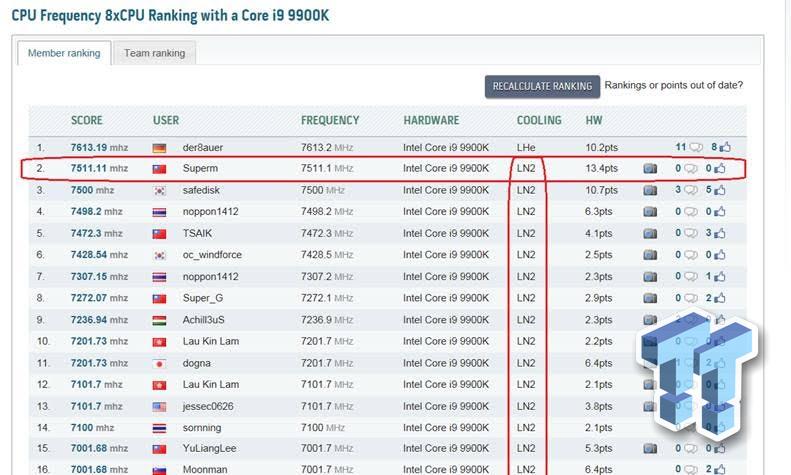 The best part about this news is that the C9Z390-PGW is a six phase motherboard, without any of that twin or doubler stuff. Just six chokes (inductors) and six Infineon integrated power stages controlled by a Primarion digital PWM. If that doesn't yell quality over quantity, we don't know what does.

You can find our review of the motherboard here. The motherboard features a 6+2 phase VRM, with 6 for the CPU and 2 for the iGPU. The digital PWM controller is the Primarion PXE1610 and the power stages are Infineon TDA21232, which we figure are rated around 55A each, and then six Vitec 66A power inductors are used. While visiting Supermicro's HQ last month, I had a chance to talk with their engineers about their VRM. I was originally a bit wary of the motherboard featuring just six phases for such a power hungry S-SKU CPU, but they assured me not to worry, and when I did my review I was shocked that it handled the 9900K with ease. 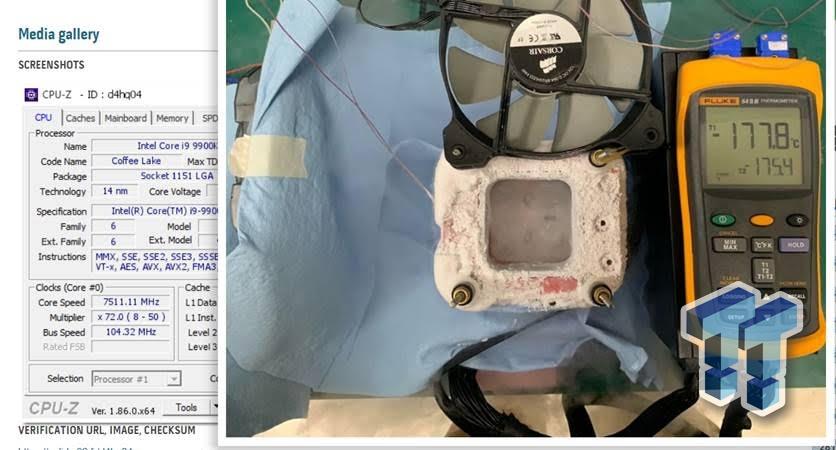 They told me during our meeting that they don't use the consumer version of the power stages, and instead use the enterprise version, and while some models might look very similar on paper, the enterprise versions are better. Motherboard vendors sometimes struggle to source things such as powerstages, as they are quite expensive and bulk discounts are required to make them feasible. However, that is where Supermicro has an advantage; they source tons of high-end power stages and other high-end components in bulk because of their huge server business. They have been slowly improving their products over the years, and we are happy to see them achieve this goal.