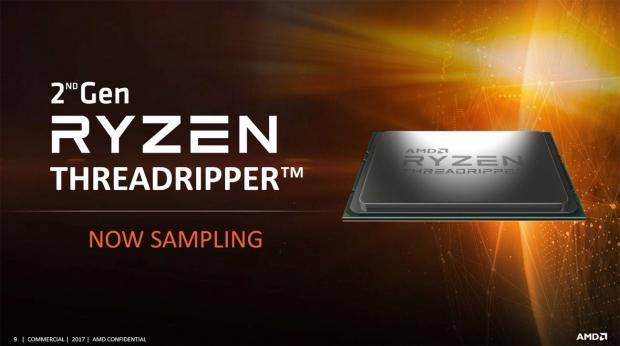 We have seen WX branding on other AMD products before, with the company using the WX branding on workstation level graphics cards like the Radeon Pro WX series of graphics cards. Well, the new Ryzen Threadripper 2990WX will arrive as a beast: 32C/64T at up to 4GHz using the new Wraith cooler. This is an incredible feat, considering Intel can't touch AMD on core count right now and while they might beat AMD in sheer frequency, that's not everything to professionals who need CPU cores over frequency.

What we are to expect from AMD with the second-gen Ryzen Threadripper CPUs is the following: