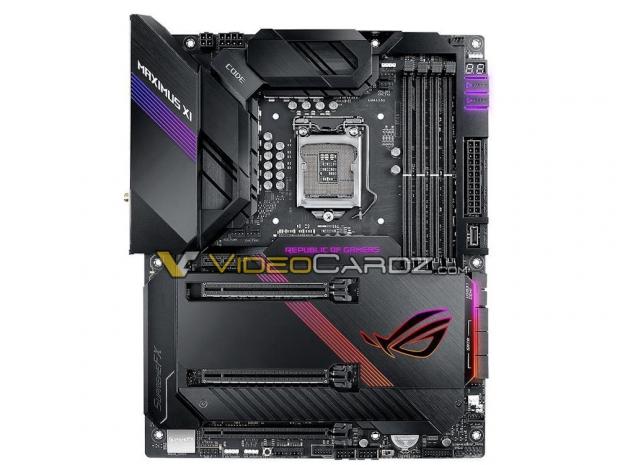 The new ASUS Z390 ROG Maximus XI CODE motherboard with an absolutely huge heat sink that spreads from the first to second x16 PCIe port and over the Z390 chipset, edging to the 4 x DDR4 DIMM slots. It looks glorious as well, with some awesome RGB-lit start/reset buttons next the DIMMs. It requires an 8+6-pin power at the top, and is ready for the flagship Core i9-9900K processor. 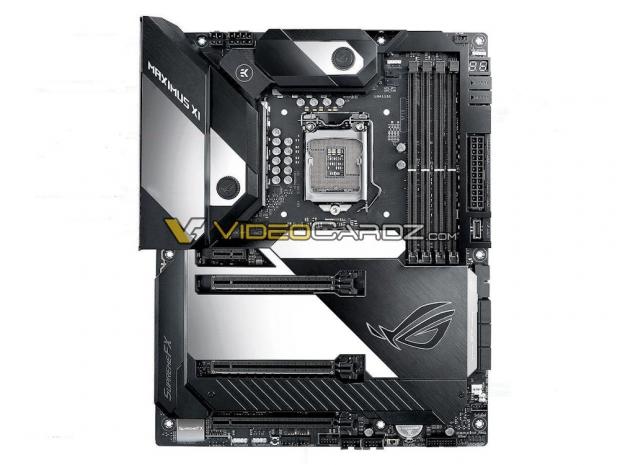 This motherboard is the new ASUS Z390 ROG Maximus XI, and you can see that there's some EK Water Blocks cooling above the CPU, with the same behemoth of a heat sink on the board. Looks great IMO, even in black and white as a preview image. 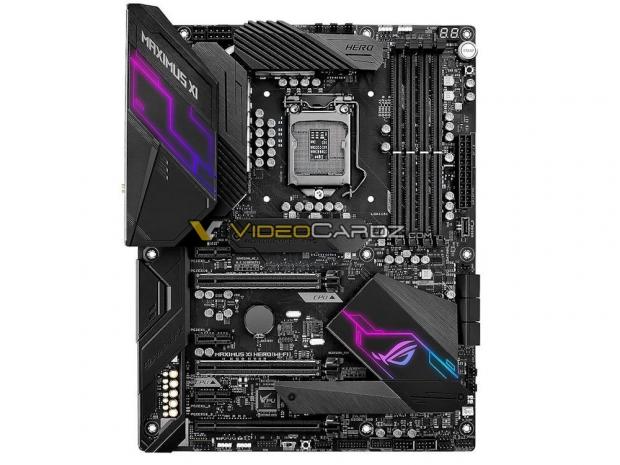 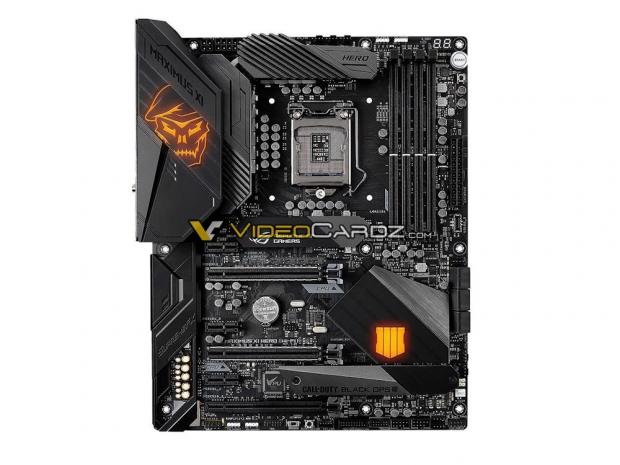 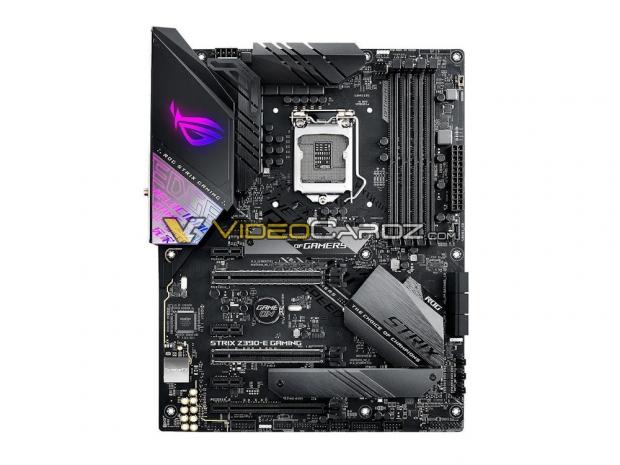 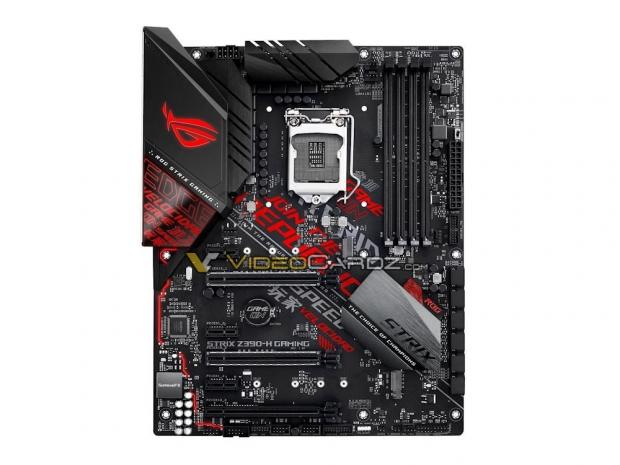 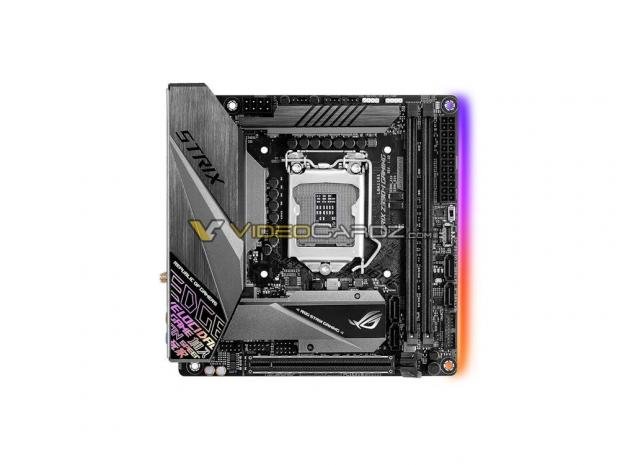 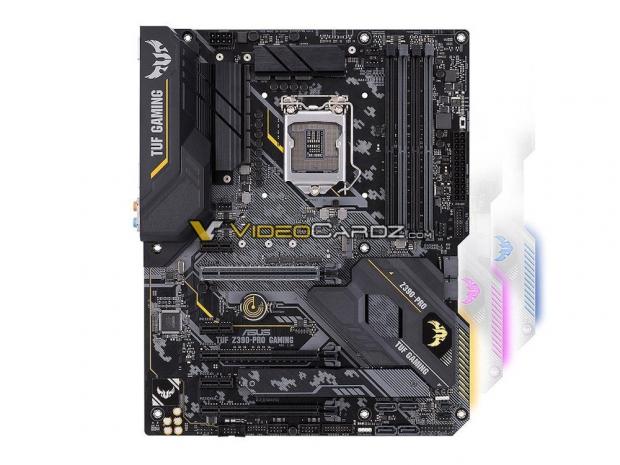 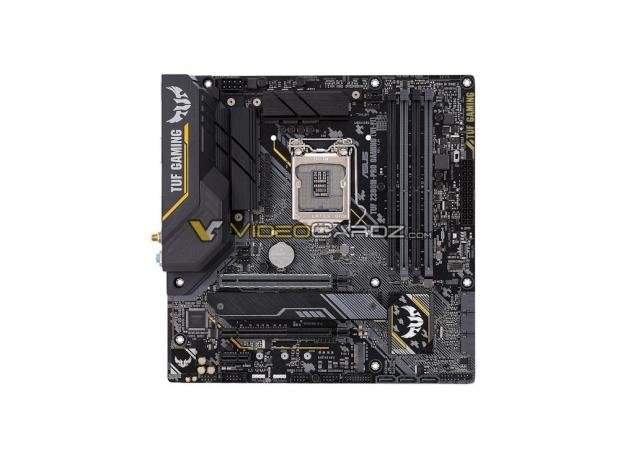 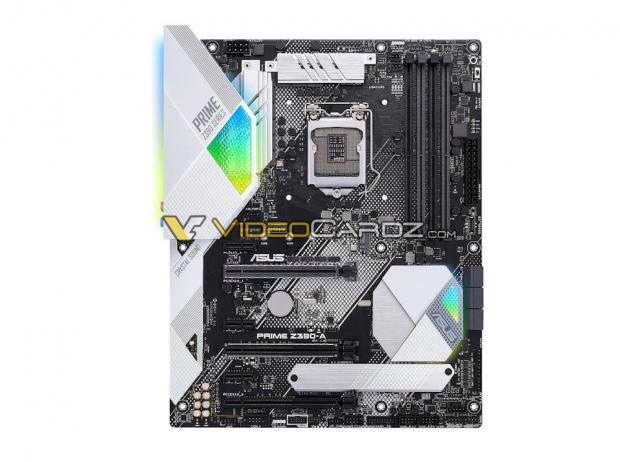 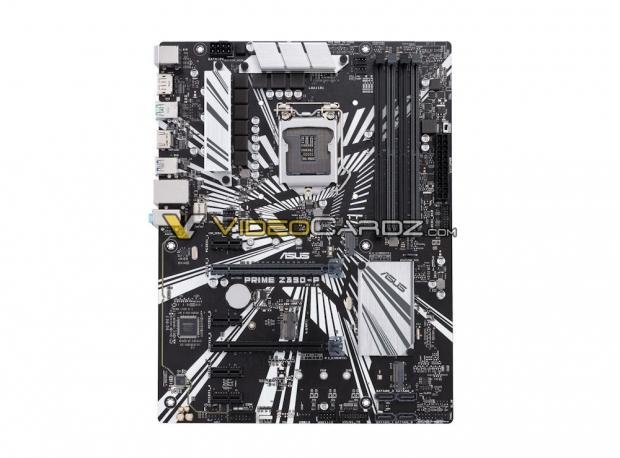