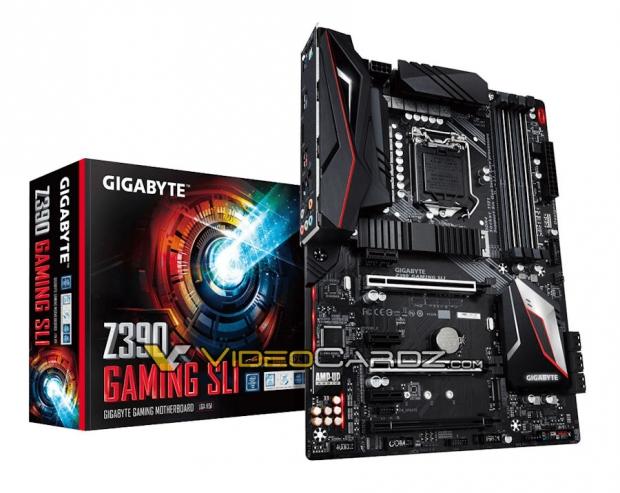 As you can see, the Z390 Gaming SLI motherboard has one of its PCIe x1 slots upgraded to a x16 port allowing for two NVIDIA GeForce graphics cards to be installed in SLI. We're not looking at GIGABYTE's highest-end motherboard, as there are some models above this before we even enter the AORUS brand.

There's a pre-installed backplate which looks slick, and less connections on the I/O which is a shame - but expected on a more mid-range motherboard. Still, it will support two of NVIDIA's next-gen GeForce RTX 2080s or RTX 2080 Ti in SLI and not break the bank (at least on the motherboard, the GPUs are an entirely new argument on price, ha).