Intel is getting its new 9000-series CPUs ready for launch in the next month, with motherboard makers preparing their Z390 motherboards. MSI's new Z390 range has now leaked, led by the flagship MEG Z390 GODLIKE which looks so damn awesome. 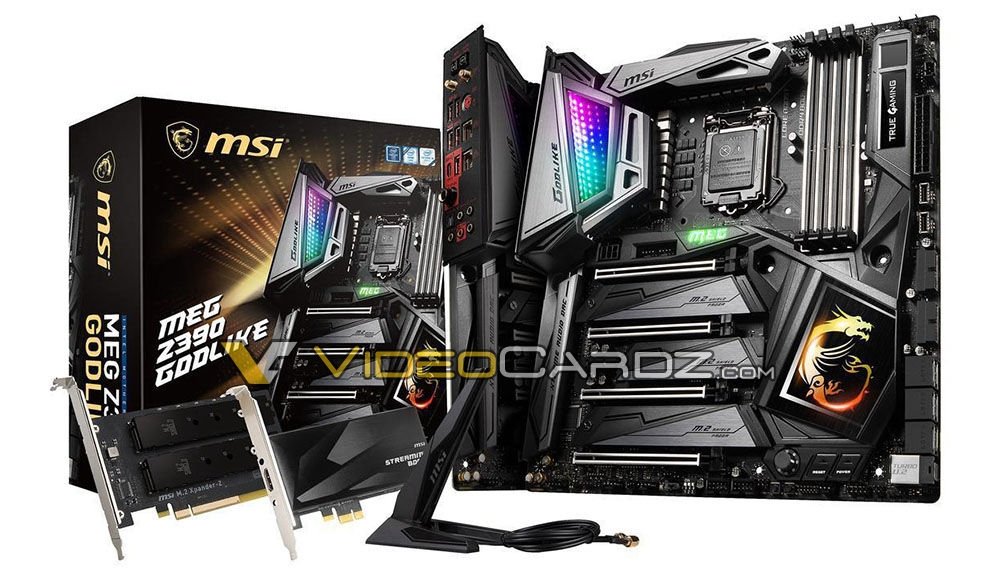 MSI's new flagship MEG Z390 GODLIKE features an M.2 expansion card as well as something else - it seems to be a streaming-related card with an HDMI port on the back so maybe this is for gamers who want to game on their Core i9-9900K as well as stream to Twitch, etc. The MZI MEG Z390 GODLIKE motherboard sports four PCIe x16 ports, three M.2 slots (and another two with the M.2 expansion card), and a larger E-ATX form factor. 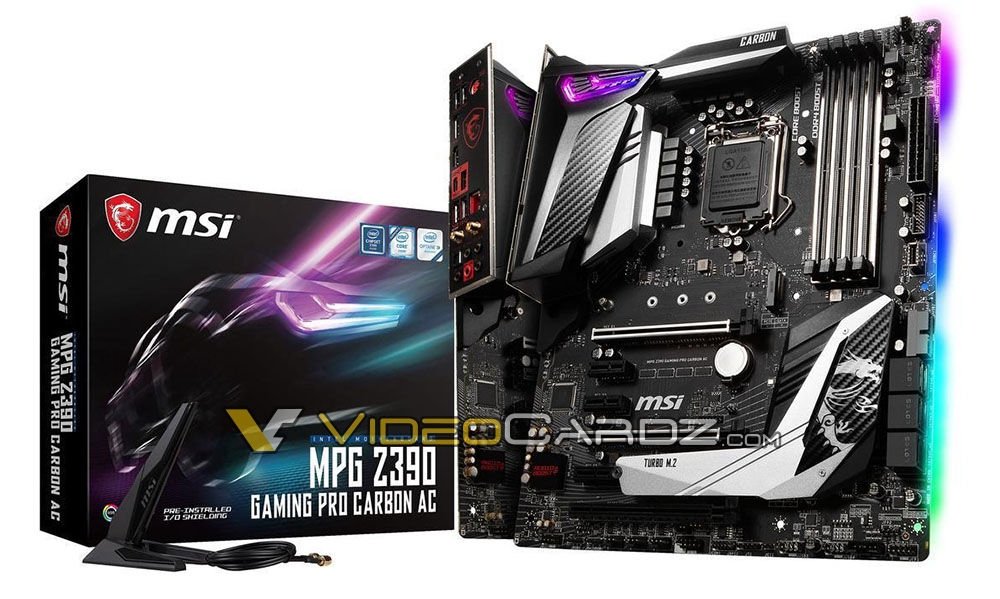 Next up we have the new MSI MPG Z390 Gaming Pro Carbon AC motherboard that has tons of RGBs coming out of it - hell, all of these new Z390 motherboards from MSI do. 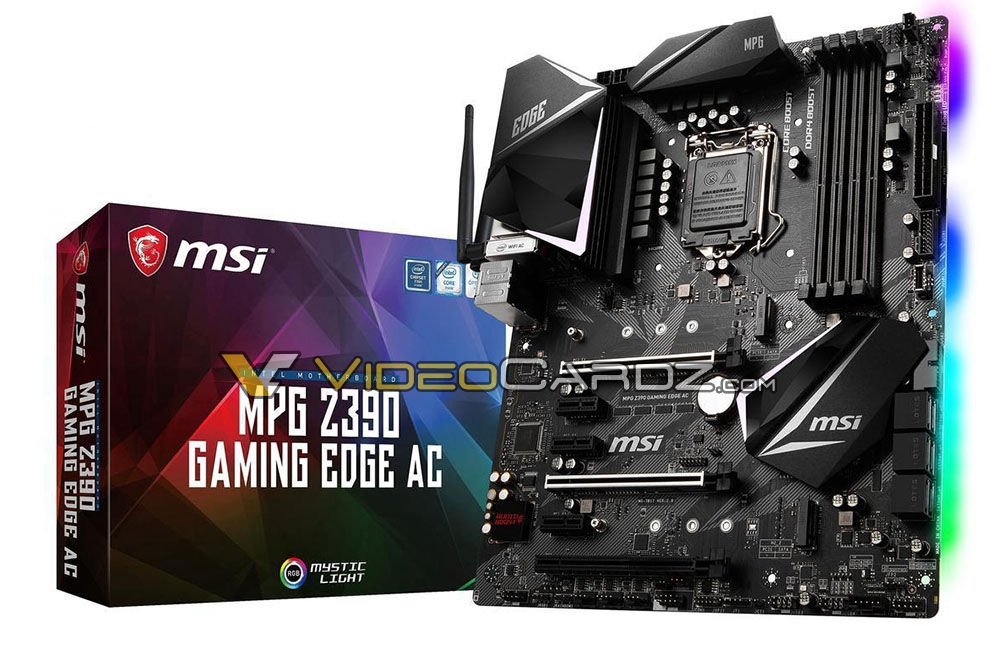 The MSI MPG Z390 Gaming Edge AC doesn't include reinforced DDR4 slots and no heat sink on the M.2, so expect warmer M.2 SSDs on this board. 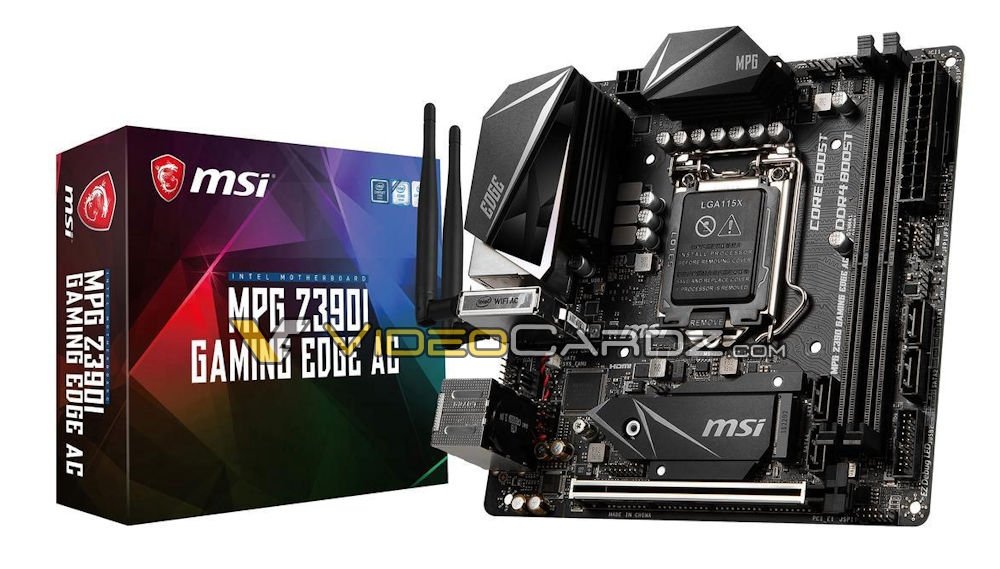 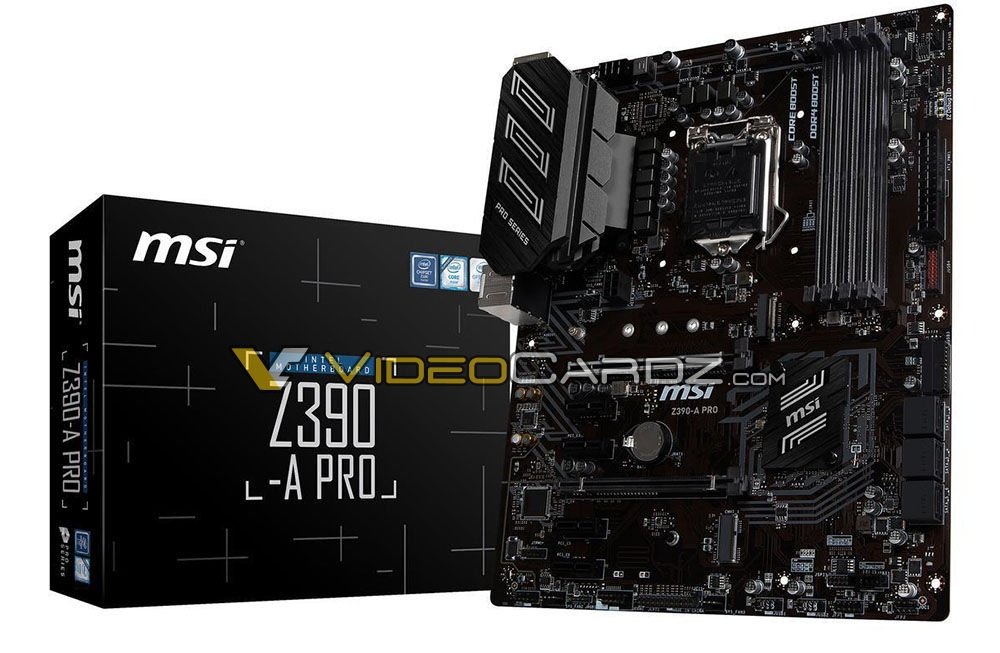