The latest and most important Artificial Intelligence news - Page 5.

A company has announced that it will be using deepfake technology to create a synthetic voice that celebrities and other prominent figures can license out.

Veritone has said it plans to use its Marvel.au platform to monetize deepfakes of celebrities, politicians, and any other public figure. The AI-enabled synthetic voice can be licensed out by the celebrity to companies, brands, and influencers. By having a deepfake of a celebrity's voice media companies will be able to "accelerate and amplify content creation", according to Veritone.

Essentially, Veritone would create a deepfake, or a clone of a celebrity's voice that can then be bought by companies to do brand duties that the celebrity would get paid for. Veritone mentions that creating a voice clone for a person to perform brand deals would remove the physical need for that person to on set to shoot it, which could raise the ceiling for that celebrity's total monetized content output. For more information on this story, check out this link here.

Hyundai Motor Group announced its intent to purchase 80% of Boston Dynamics from SoftBank. The deal values the company at $1.1 billion. Hyundai intends to use the technology"to realize progress for humanity." 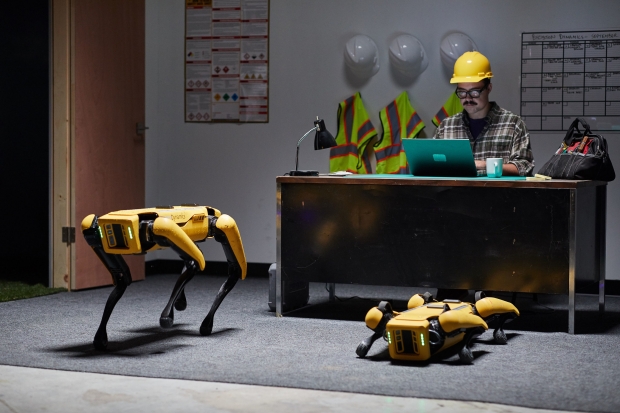 Hyundai Motor Group is doubling down on its robotics manufacturing portfolio. The company already designs and manufactures robots for automotive assembly lines. With the acquisition of Boston Dynamics, the company plans to develop robots for non-industrial use cases.

Boston Dynamics, famous for its videos of its robotic dog named Spot, builds some of the world's most advanced robotics technology. The company, which derived its technology from DARPA research, builds quadrupedal and bipedal robots that can walk like the creatures they mimic. The company also makes AI algorithms to enable these robots to adapt to their environment.

"We are delighted to have Boston Dynamics, a world leader in mobile robots, join the Hyundai team. This transaction will unite capabilities of Hyundai Motor Group and Boston Dynamics to spearhead innovation in future mobility. The synergies created by our union offer exciting new pathways for our companies to realize our goal - providing free and safe movement and higher plane of life experiences for humanity," said Euisun Chung, Chairman of Hyundai Motor Group. "We will also contribute to the society by enhancing its safety, security, public health amid global trends of ageing society and digital transformation."

You might not have heard of Parler, but it's an alterate social media platform that is similar to Facebook and Twitter but calls itself "viewpoint neutral". 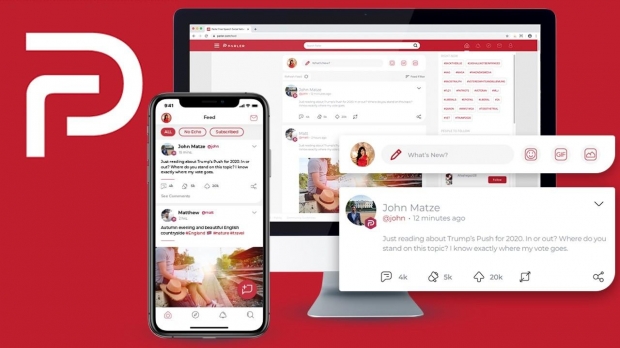 Well, Parler use has exploded post-US elections on November 3, 2020 -- with Parler being the #1 app on both the Apple iOS and Google Play app stores with over 1 million downloads in the days after the election. People wanted a new home where they weren't being censored, with many popular conservatives moving from Facebook and Twitter onto Parler, driving up usage.

Parler opened in 2018 by John Matze and Jared Thomson who were sick of the "ideological suppression" by the technology companies in the US. But the number Parler are pulling in are significant, with Matze saying Parler added 4.5 million in a span of just 5 days.

A new manga has just dropped, with it being the first that was plotted and designed by artificial intelligence (AI). The AI itself looked at, and learned the artistic style of Astro Boy creator Osamu Tezuka. 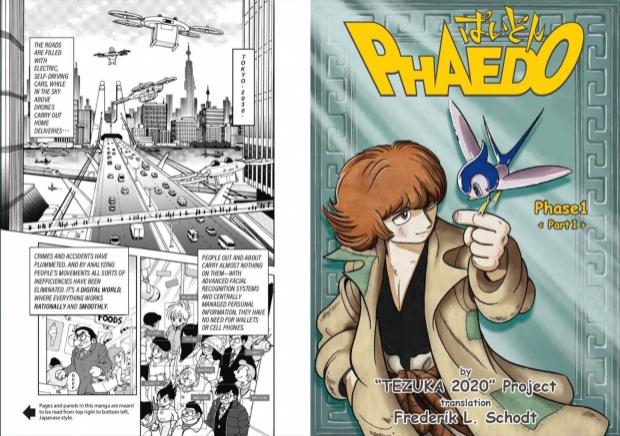 The AI-made manga is called "PHAEDO" and was released in the weekly comic magazine "Morning" reports the Japan Times. The AI generated character designs and basic story lines from the inspiration of the Astro Boy creator, and then it was handed to professional creators to add in things like clothing and dialogue.

The coronavirus is undoubtedly a terrible thing to have happened to everyone, but out of the world's misery shines fantastic examples of humans coming together for one common cause.

One of those common causes is Folding@Home, which is a computing project run by a team at Stanford University. The whole premise of Folding@Home is that the public can donate spare computation power from either their GPU or CPU to the project, and then the project aims that computational power at calculations that give scientists more understanding about a topic, or subject. At the moment, Folding@Home is aiming its power at understanding the coronavirus, and it has recently hit a new power level - 2.4 exaFLOPS.

In the above Twitter post from the official Folding@Home Twitter account, it's stated that the collective power of the Folding@Home project is almost at 2.5exaFLOPS, which is "faster than the top 500 supercomputers combined!". The Twitter post also contains a graph, and as you can see, Folding@Home is clearly exceeding all competing supercomputers, even to the point that it's "15x faster than any current supercomputer". It's absolutely fantastic to see the technology community rally together under one great cause. If you want to check out more about Folding@Home, or would like to donate some of your own computation power, check out this link here.

Artificial Intelligence (AI) has some concerns around it, and one of the most prominent names voicing those concerns if SpaceX and Tesla CEO Elon Musk.

Musk took to Twitter in response to a new MIT Technology Review profile of OpenAI. Here's what he said, "OpenAI should be more open imo (in my opinion). All orgs developing advanced AI should be regulated, including Tesla". Judging on Musk's responses, it can be assumed that Musk is now somewhat distant from the organization's operations. Back in 2019, OpenAI started a for-profit arm owned by the non-profit parent company, and also accepted a $1 billion investment from Microsoft.

Deepfake technology is getting uncomfortably good, and while most of what you have probably seen from deepfakes is movie-related, check out this video game one.

Above we have a video from BabyZone who used Deepfake technology to include various celebrities in Mortal Kombat 11. Using the deepfake tech, BabyZone was able to successfully replace Sub-Zero with Keanu Reeves from John Wick, Terminator with Bruce Campbell, Kabal as Dwayne 'The Rock' Johnson, Johnny Cage as Jean-Claude Van Damme, Kung Lao with Jackie Chan, Liu Kang with Bruce Lee and finally The Joker with Joaquin Phoenix.

I think Keanu Reeves as Sub-Zero and Jackie Chan as Kung Lao are the two that are particularly good out of the set. Unfortunately, you cannot download these to play as BabyZone used his own facesets, and the footage that you are seeing was edited in post. Regardless of not being able to download them, these deepfakes are extremely impressive. 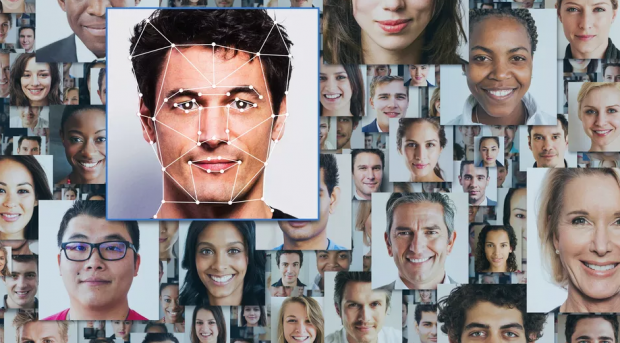 While this AI system would definitely save law enforcement some time in tracking criminals, many privacy advocates have said that it is in complete violation of peoples privacy rights. New Jersey's attorney general Gurbir Grewal, said "Until this week, I had not heard of Clearview AI. I was troubled." According to ACLU of New Jersey, Grewal "put a moratorium on Clearview AI's chilling, unregulated facial recognition software.

American Airlines will use Google Assistant as an AI translator 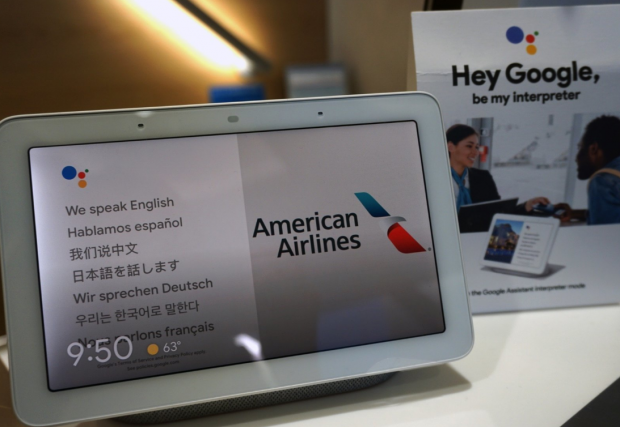