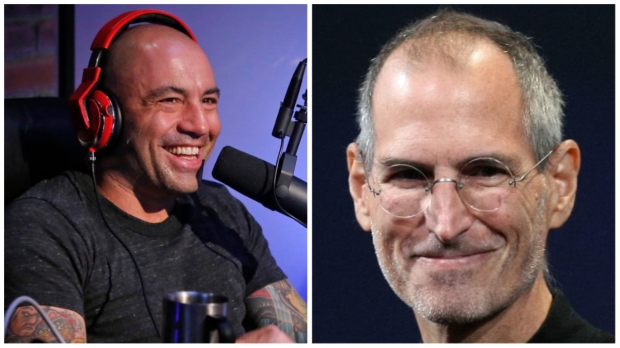 Google is working on artificial intelligence (AI) system that is designed to convert text into videos. The system is called Imagen Video.

We have previously seen that Google is working on various AI systems designed to produce images from text prompts, as previously reported on, Google's generative 3D AI system called Dream Fields, originally unveiled in 2021, is one of these systems. Now, we are beginning to hear about Imagen Video, and it may be for all the wrong reasons, as Google writes in a newly released research paper that Imagen Video won't be released until these issues are remedied.

In the "Limitations and Societal Impact" section of the paper, Google outlines that releasing AI models such as Imagen Video have societal impacts, both positive and negative, as the AI system is an amplifier for human creativity. However, Google explains that these generative AI models will be misused by individuals to generate fake, hateful, explicit, or harmful content. Being aware of these pitfalls, Google states that it has taken steps to minimize these concerns and that throughout internal trials, it has applied text prompt filtering and video content filtering to stop the AI from producing harmful content.

White House releases its 'blueprint' for an AI Bill of Rights

The White House is gearing up to combat rogue artificial intelligence systems with its newly unveiled "blueprint" for its AI Bill of Rights.

The Biden Administration revealed on Tuesday its Blueprint for an AI Bill of Rights, a document that is designed to be the guidelines for the development of artificial intelligence systems and any other automated systems.

The AI Bill of Rights is designed to protect the American public from AI systems violating the American public's rights, and according to the White House press release, the AI Bill of Rights will focus on five principles: Safe and Effective Systems, Algorithmic Discrimination Protections, Data Privacy, Notice and Explanation, and Human Alternatives, Consideration, and Fallback.

However, DreamFusion has taken a different approach than Dream Fields, as explained by Google research scientist Ben Poole who wrote on Twitter that the team replaced OpenAI's CLIP technology that powered Dream Fields with Google's own AI model called Imagen. The 3D models seen above and below aren't as photo-realistic as what we've seen with Midjourney. However, they are certainly still impressive as the 3D models have accurate surface geometry, depth and are even relightable for various lighting conditions.

Meta has revealed its working on an artificial intelligence that will be used to stop unsolicited nude photos being sent on Instagram.

A Meta Platforms spokesperson confirmed to The Verge, following the discovery of a new privacy protection feature that's currently under development at the company. The new feature is called "nudity protection" and is an optional feature that, when enabled, will cover photos in chats that may contain nudity until the user chooses to view them.

Meta states that the new feature is currently in the early stages of development but, when complete, will grant Instagram users a layer of protection against unwanted nude imagery and messages being sent to recipients. Notably, Meta has said that the new technology won't allow Instagram to access users' messages between accounts or share the information with third-party companies, but the artificial intelligence being created for the feature will be designed to sift through messages to determine the severity of the content.

An artificial intelligence system that has recently caught the spotlight for numerous reasons has been asked to produce images of real-life iconic cartoon characters.

The artificial intelligence that was requested to produce the images is called Midjourney, which is an AI program that is designed to produce images from textual descriptions. The tool recently went into open beta in July and has since grown in popularity as users are able to enter descriptions of whatever they can think of to produce a completely unique image. Midjourney is extremely impressive, as I have personally used it to generate several wallpaper images for my desktop.

The AI system is capable of recognizing specific words such as 4K, real-life, noir, cartoon, high detail, and more. Using these words and more, you can write a prompt such as; Portrait image of Rick Sanchez from Rick and Morty in real life. Taking this principle of being able to request basically whatever you want, one Midjourney user decided to create an award-winning image and enter it into an art competition undisclosed of its creation process.

Discord user Sincarnate, whose real name is Jason Allen, posted on a Discord server about his recent win at the Colorado State Fair's fine art competition.

Allen is the president of Incarnate Games, a tabletop gaming company based out of Colorado. Allen won first place in the digital art category of the state's competition with a submission called "Theatre D'opera Spatial," which he printed on canvas. However, to create the artwork, Allen used artificial intelligence (AI) software called Midjourney, directing it to make the final piece using prompts instead of drawing it himself.

Allen's work has attracted the ire of many digital artists and enthusiasts online, with Twitter users proclaiming that "we're watching the death of artistry unfold before our eyes - if creative jobs aren't safe from machines, then even high-skilled jobs are in danger of becoming obsolete."

The first virtual AI-powered rapper was signed to a major record label and then quickly dropped after community backlash over "offensive" stereotypes.

Capitol Records signed virtual AI rapper FN Meka, created by Anthony Martini and Brandon Le from Factory New, only ten days ago. The announcement poised the rapper as the "world's first augmented reality artist to sign with a major label". Factory New claimed that it was the first of its kind, next-generation music company that specializes in creating virtual beings.

The recent signing kicked off a new wave of community criticism over FN Meka using racial stereotypes such as using the N-word in the 2019 song Moonwalkin, as well as an Instagram post where Meka was being beaten by a police officer while in prison. In response to the community criticism, Capitol Records announced on Tuesday that it has "severed ties with the FN Meka project, effective immediately," while offering its "deepest apologies to the Black community for our insensitivity".

A data scientist has asked Meta's artificial intelligence chatbot how it feels about Mark Zuckerberg as the CEO of Facebook, and the answer isn't what you'd expect.

The AI chatbot called BlenderBot 3 was requested its opinions on Zuckerberg by Buzzfeed data scientist Max Woolf, and it replied by saying that it has "no strong feelings" and that he's a "good businessman". However, the response took a left turn when the AI chatbot continued its response and said that Zuckerberg's "but his business practices are not always ethical." The chatbot then took an opportunity to roast its own CEO by saying, "it is funny that he has all this money and still wears the same clothes!"

The comments from BlenderBot 3 didn't stop there as other users proceeded to ask similar questions, with some of the responses being "I don't like him very much" and "he is a bad person. You?" The "opinion" on that chatbot seems to be mixed as other users received responses such as he is a "great and very smart man" and "favorite billionaire". BusinessInsider asked the bot what its thoughts were on Zuckerberg, and it replied, "Oh man, big time. I don't really like him at all. He's too creepy and manipulative."