MSI is preparing quite the monster motherboard with its upcoming ultra-premium MEG X670E GODLIKE motherboard, where we now have a PCB design that's been leaked and get to ogle at. 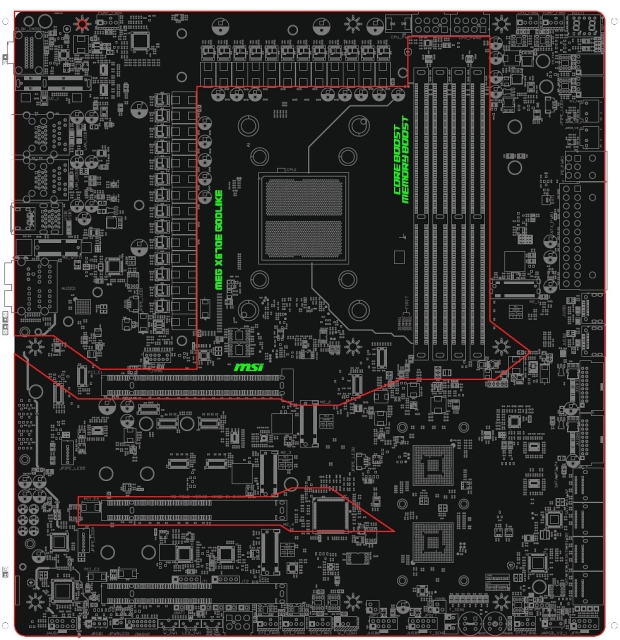 Wccftech posted up the PCB design of the MSI MEG X670E GODLIKE motherboard, with its gigantic E-ATX form factor measuring in at a huge 305 x 288mm. MSI will be using AMD's powerful new X670E chipset, which will give PCIe 5.0 abilities to next-gen graphics cards and M.2 NVMe SSDs.

For the geeks: we have 24-pin ATX power, dual 8-pin and dual 6-pin power connectors that one of them being dedicated to USB Power Delivery of up to 60W. MSI is using a monster 24+2+1 phase VRM and 105A Power Stage design. If we compare this against MSI's current MEG X570 GODLIKE, which has just 14 phases for the CPU... the new X670E GODLIKE is a crazy upgrade.

You'll be able to install up to 128GB of DDR5 memory on the MSI MEG X670E GODLIKE motherboard, with support for DDR5-5600+ (OC) memory but MSI hasn't been clear on the fastest DDR5 memory that can be installed into their ultra-premium mobo. 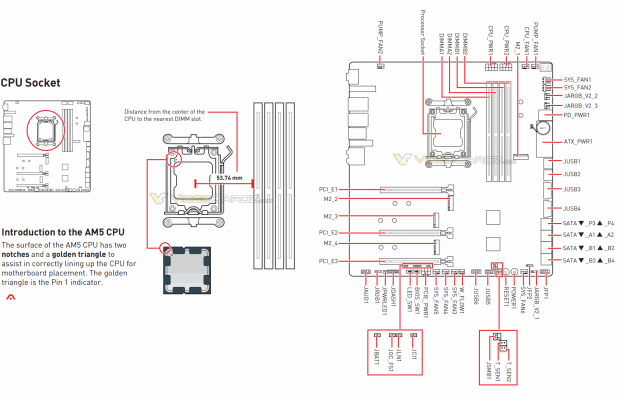 Storage-wise, we have 4 x M.2 slots that one of which will support the next-gen PCIe 5.0 standard that can drive up to 14GB/sec+ without an issue. You'll also have 3 x PCIe 4.0 x4 slos that are attached to the dual X670 PCH configuration.

MSI looks to include its "M-VISION" dashboard on the MEG X670E GODLIKE motherboard, which should arrive in the form of an on-board display that will display system information, and more. You will be able to launch MSI apps or play YouTube videos, amongst other things. 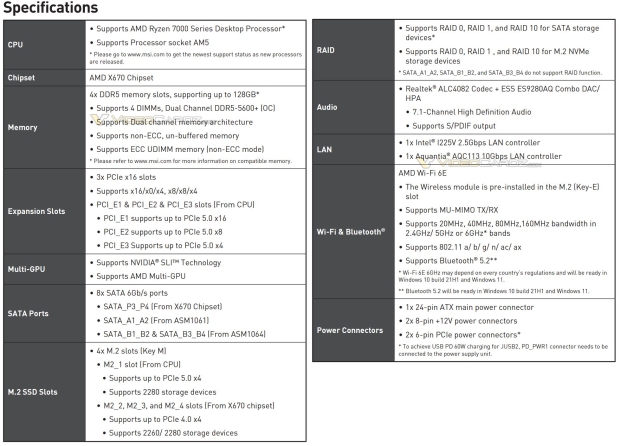