AMD had a mixed showing at Computex 2022 last week, but quickly -- and very efficiently -- controlled the situation with Director of Technical Marketing, Robert Hallock, putting out fires all over the internet with his Zen 4-powered fire extinguisher.

AMD CEO Dr. Lisa Su stood in front of a marketing slide that said Zen 4 would have ">15%" higher IPC (instructions per clock) while seeing max boost CPU clocks of "5GHz+". But then, proceeded to show a 16-core engineering sample of Zen 4 cranking at over 5.5GHz (5520MHz to be exact) in Ghostwire: Tokyo.

But now we have Tom @ Moore's Law is Dead chiming in with an awesome new, very lengthy (40 minutes) video that covers it all. At around the 11-minute mark, he talks about AMD and the job they've been doing to get ahead of the crazy leaks and expectations, he says: "other leakers have apparently been saying that it's (IPC) gonna be above 25%, 30%, 40% IPC and it's just fucking NOT gonna be that high".

Tom continues: "and so if AMD looks around and sees some of these fake leakers still get a lot of air time on websites... they do not want people to be disappointed by say a 20-30% higher single-threading increase on high-end SKUs, a 15% or higher or higher single-threading increase on lower-end SKUs... they want you to be excited by that because that is a big gen-over-gen increase".

"AMD wants to swat away the craziest suggestions for performance because this is something that is plagued AMD from some of these fake leakers, gen-over-gen every-dang-years, that some people are always disappointed by AMD's numbers... like when they tell you "RDNA3 is going to triple performance" even though I'm telling you it's not and I've been telling you it's not for a year... some people tell you these estimates... you get disappointed when it doubles performance and AMD wants to get way ahead of that, they just way overcorrected for what was necessary to set expectations". 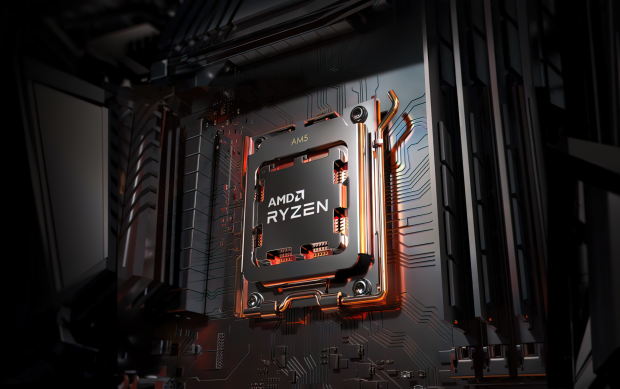