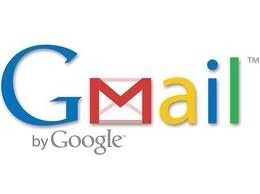 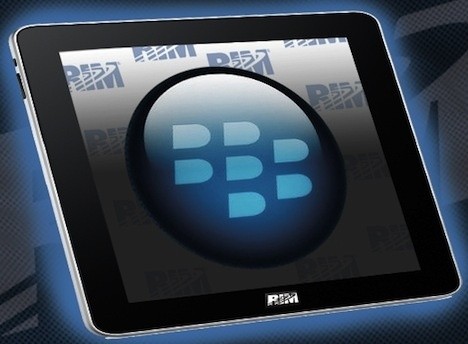 Samsung is very proud of the worldwide saturation of their Galaxy S line of smartphones, and they've done a ton to make sure there's one for everyone. This is not only by releasing a Galaxy S variant for nearly every carrier out there, but they've even gone as far as marketing them to every demographic. Check out the South Korean Galaxy S Femme special edition. 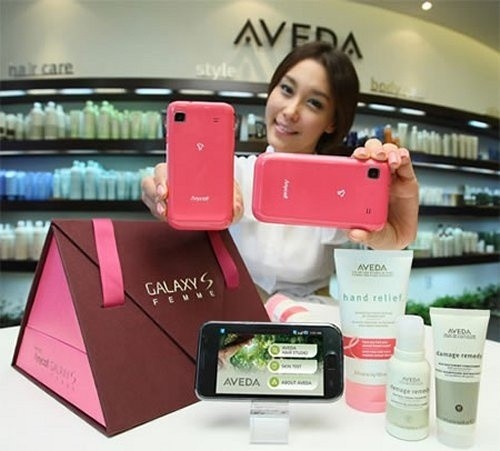 If the bright pink color (they call it a mix of pink, pearl, and orange) didn't point towards the female demographic, the travel kit of various creams and an app from Aveda that gives out beauty advice makes it a dead giveaway. Only 5,000 of these sets are scheduled for release with no pricing info at this time.

NVIDIA turned quite a few heads today at their GPU Technology Conference today. CEO Jen-Hsun Huang's biggest announcement was the roadmap they've set up for their future graphics products, including the next two core architectures codenamed "Kepler" and "Maxwell." 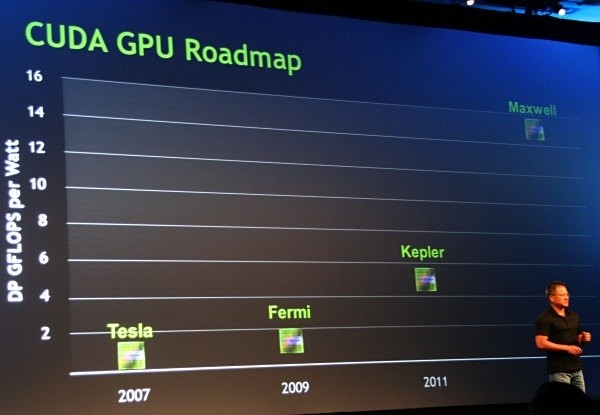 Kepler's release is planned for 2011, with products using the core coming later in the year. Kepler is planned to be based around a 28nm fabrication process with three times more efficiency in DP FLOPS per watt than Fermi's architecture. Maxwell, slated for 2013, will be based on a 22nm fabrication process with eight times the efficiency of Fermi. These improvements will not only be based on core design, but changes in chip architecture, design, and software as well.

When it comes to camcorders some of the most popular camcorders on the market are the low priced Flip line of camcorders like the Flip Mino and others. the cameras can shoot HD resolution video with impressive quality, but the sound often leaves a bit to be desired. This is where Blue Microphones comes in with its new Mikey for Flip.

Blue Microphones makes all sorts of mice for computer users down to professional musicians and recording mics. The Mikey for Flip is designed to connect to the FlipPort on the bottom of the Flip camcorders and enables studio quality sound. The use of the Mikey is an easy as connecting it to the camera with nothing else needed for operation.

If you want, a digital camera that looks as good as it performs you will want to check out the retro looking Leica offerings that are on the market. These cameras are not for the shopper on a budget, but they offer some great features with excellent quality. The latest camera added to the Leica line has debuted today and is called the D-Lux 5. 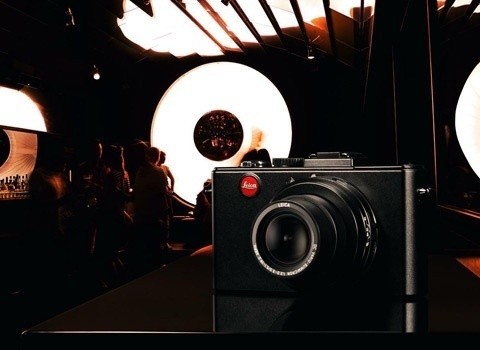 The digital camera has a Leica DC Vario-Summicron 5.1-19.2mm F/2-3.3 ASPH lens. That lens has a focal range equivalent to 24 to 90mm in 35mm film format. The camera has a host of automatic features along with full manual modes as well. The camera can also record 720p HD video in AVCHD-Lite format.

If you are a serious fan of audio in all sorts of formats, you may want a receiver that can handle multiple formats to cut down on the amount of gear around your home. Rotel has unveiled a new receiver that combines some nice features into one device. The RCX-1500 is a receiver with a CD player, FM/DAB tuner, and is capable of receiving internet radio as well.

The device uses a Wolfson 24-bit 192Khz DAC and has a Class D amp inside with 100W per channel. On the front panel, the receiver has a USB input that allows it to play content from music sources and it supports 30 presets for favorite stations. Supported formats include RealAudio, WMA, MP3, AAC & AAC+ (non DRM), AU, WAV and AIFF.

The lens puts two elements into one package to shoot right and left images simultaneously. The two images are then processed in software to turn them into a 3D image. Those 3D images can be viewed on Panasonic Viera TVs and 3D Blu-ray players. The lens has a 12.5mm/F12 focal range and is very compact for a 3D lens.