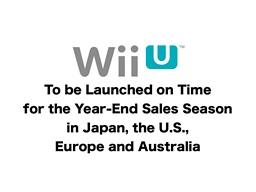 The fun doesn't end there, folks. Nintendo have announced they've decided to install NFC capabilities into the Wii U. Nintendo are making it possible to create cards and figurines that can electronically read and write data through non-contact NFC. This will open up an entire new dimension of possibilities, one of the big ones being micropayments.