Pictures of Sapphire's non-reference, single fan Radeon HD 7950 have floated onto the surface of the web and it looks quite interesting indeed. It's reported that the single fan model will most likely stick to AMD's reference clock speeds of 800MHz core, 1250MHz (5GHz GDDR5 effective) speeds. 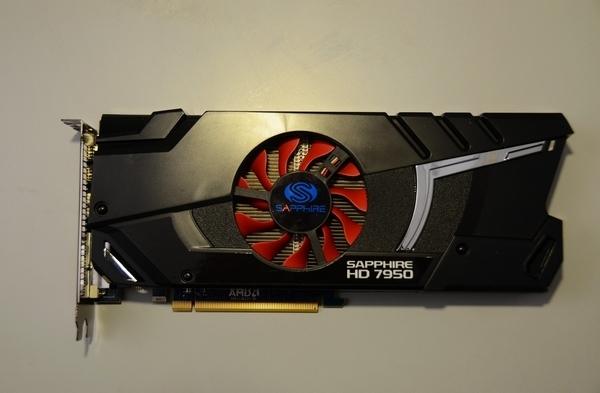 The PCB is Sapphire's usual sexy blue color, with the cooler quite compact and as previously mentioned, just a single fan design. Display output wise, we have two mini-DisplayPort, one HDMI and one DVI. It has also been reported that the maximum factory overclocking permitted by AMD to AIB (Add-in Board) partners is 900MHz for the core, and stock memory clocks.

Does this card cater to your needs? A single fan, non-reference HD 7950 is quite good for those who want to build HTPC's. Will you get one?