The latest and most important Technology in Vehicles news - Page 2.

Battery safety issues cause 49,000 electric vehicles to be recalled

A potential safety issue with the battery of approximately 49,000 electric vehicles has caused a mass recall, according to a spokesperson familiar with the matter. 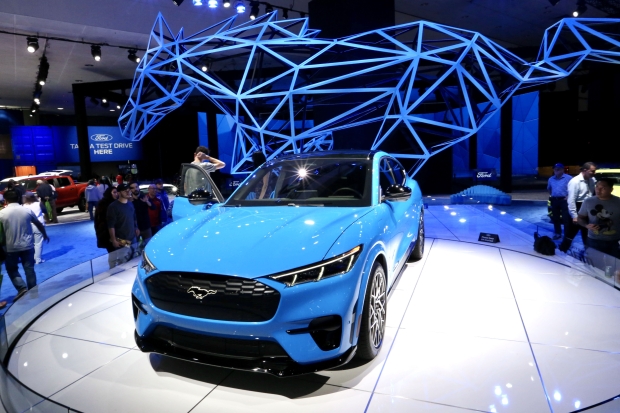 CNBC has learned that Ford Motor has issued a mass recall for its electric Mustang Mach-E, as the car manufacturer has informed dealers to halt sales of the EV temporarily. According to a notice sent out to dealers on Monday, the affected EV is (potentially) 2021 and 2022 Mach-E's that were built at the Cuautitlan plant in Mexico from May 27, 2020, to May 24, 2022.

Reports indicate that the recall is due to a potential overheating issue with the vehicle's battery, which can possibly lead to the car not being able to start or lose propulsion power while it's being driven. Notably, the National Highway Traffic Safety Administration (NHTSA) states on its website that Ford has issued several recalls for its Mach-E, with the company citing software issues that caused unexpected acceleration (500 vehicles or less) and poor construction of the Mach-E's glass roof panels.

Webex has Apple CarPlay support, now you can have meetings in your car

Webex has just announced its latest feature that enables Apple CarPlay support, with the introduction of Move to Mobile.

Once the call ends, you can see upcoming calls and then join other calls from CarPlay... keeping the Webex experience mobile, with Move to Mobile. Self-explanatory. There are more functions coming to Webex's new CarPlay integration, which will include listening to past records, with Webex explaining "so while sitting in traffic on your way home, you can catch up on any meeting you may have missed during the day".

Continue reading: Webex has Apple CarPlay support, now you can have meetings in your car (full post)

California-based startup Enovix Corporation has unveiled its next-generation 3D Silicon™ Lithium-ion batteries. The company demonstrated the charging of electric vehicle (EV) test cells built with the technology with 0.27 amp hours (Ah) of storage and could charge the cells from 0% to 80% in only 5.2 minutes. Enovix also claims the cells reached 98% charge capacity in less than 10 minutes.

The battery cells are built with silicon anodes, which have a capacity of 1,800 milliamp hours (mAh) per cubic centimeter (cc), resulting in a much higher energy density. This is more than double the capacity of a graphite anode found in a conventionally wound lithium-ion cell, which has a capacity of 800 mAh/cc.

A Tesla in a wrecking yard in Sacramento caught fire after sitting there for about three weeks after being involved in an accident.

Firefighters from the Sacramento Metropolitan Fire District arrived at the scene to the vehicle engulfed in flames but struggled to extinguish the fire when hosing it down with water. The fire continued to re-ignite itself alongside off-gassing from the battery compartment. Turning the car on its side allowed access for the firefighters to the compartment, but the fire continued to re-ignite due to residual heat.

Ultimately to extinguish the fire, the firefighters and personnel from the wrecking yard were able to extinguish the fire permanently by digging a pit to place the car in and filling it with water. The pit allowed the battery compartment to be submerged and helped reduce the water needed to fully extinguish the blaze, estimated at around 4500 gallons (17034 liters).

Federal investigation may cause 830,000 Tesla cars to be recalled

A US regulatory body has launched an investigation into Tesla's Autopilot driver-assistance system, which may affect some 800,000+ Tesla vehicles. 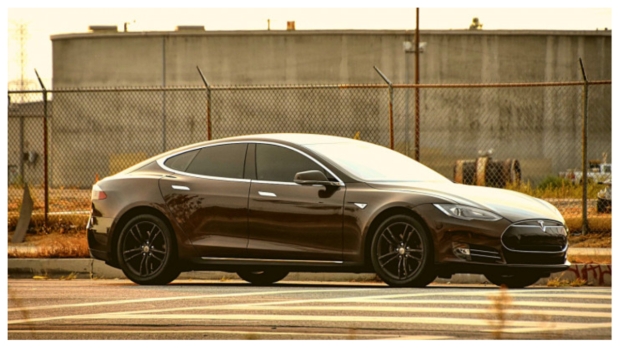 The National Highway Traffic and Safety Administration (NHTSA) has moved to the "engineering analysis" phase of its evaluation of Tesla's new technology after the regulator reportedly connected some vehicle crashes with Tesla's Autopilot mode. The investigation will explore if Autopilot can directly cause crashes without driver intervention, and if the investigation concludes that Autopilot falls within a defect category, it will affect approximately 830,000 Tesla vehicles sold between 2014 and 2021.

Notably, the vehicles that are currently under review by the NHTSA include Models Y, 3, S, and X. Furthermore, The New York Times reports that the NHTSA is investigating 191 cases of crashes, which is a large leap from the previous investigation that only looked at 11 crashes.

Continue reading: Federal investigation may cause 830,000 Tesla cars to be recalled (full post)

First ever solar-powered production car can go months without charging

The Lightyear 0 solar car has been unveiled by Dutch company Lightyear, a production-ready and EU-approved solar-powered vehicle.

The Lightyear 0 is an electric sedan with 5 square meters (53.8 square feet) of solar panels that can generate enough power to travel up to 70 kilometers (44 miles) without needing to plug the car in to charge. The car's 60 kWh battery holds enough charge to support 560 kilometers (348 miles) of range when freeway driving at 110 kilometers (68 miles) per hour, even without generating additional solar power.

During World harmonized Light vehicle Testing Procedure (WLTP) testing, the Lightyear 0 has a range of 625 kilometers (388 miles), beating that of the Tesla Model 3 Long Range AWD, which comes in at 602 kilometers (374 miles). The Model 3 Long Range AWD also has an 82 kWh battery capacity, 22 kWh larger than the Lightyear 0's, bolstering Lightyear's claims that it has created the most efficient electric drivetrain yet.

Martin Herfurt, an Austrian security researcher, has found an exploit in one of Tesla's recent features.

In August 2021, Tesla updated its vehicles to be immediately operable after unlocking them with their NFC key card, without having to place the cards on the center console to begin driving. Tesla's can also be unlocked with a key fob or a mobile app. Herfurt discovered that the new update made the car automatically start within 130 seconds of being unlocked with an NFC card. During that time, it would also accept brand new keys without authentication.

"The authorization given in the 130-second interval is too general ... it's not only for drive. This timer has been introduced by Tesla ... in order to make the use of the NFC card as a primary means of using the car more convenient. What should happen is that the car can be started and driven without the user having to use the key card a second time. The problem: Within the 130-second period, not only the driving of the car is authorized, but also the enrolling of a new key," Herfurt said in an online interview.

Jeremy Chrysler took to Twitter in October 2020 to bring up the issue of carbon dioxide concentrations spiking in his Tesla.

A recent promotional video posted to Tesla's Twitter account showing off the HEPA filter featured in the Model Y, Model S, and Model X that allegedly "removes >99.97% of dust, pollen, mold, bacteria and any airborne particles." Chrysler replied to the video with a retweet of his 2020 tweet, highlighting the spike in carbon dioxide concentration when using the air conditioner to recirculate air.

Chrysler measured the carbon dioxide concentrations in the car with and without recirculation and noted a steep climb from an ambient concentration of between 400 and 500 parts per million (ppm) to over 2,184 ppm in under ten minutes. The levels significantly dropped once Chrysler turned off recirculation. However, they did not return to baseline in the time frame shown. 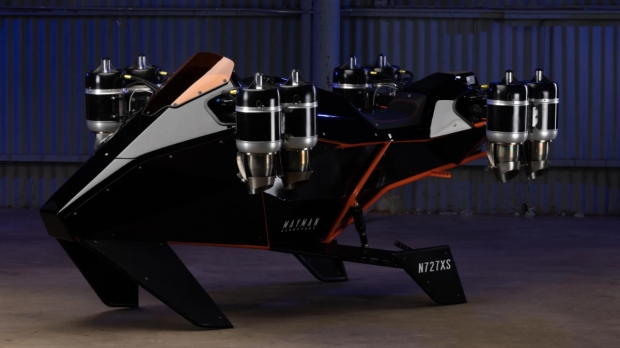 The prototype is about the size of a motorbike, has a carbon fiber body, and comes with a seat so that it can be piloted in person. It also features a modular design that allows it to be flown remotely or autonomously. The prototype has eight jet engines fueled by Zero Net Carbon or Sustainable Aviation Fuel (SAF) and controlled by a proprietary onboard computer system that can rebalance thrust across the engines as needed. 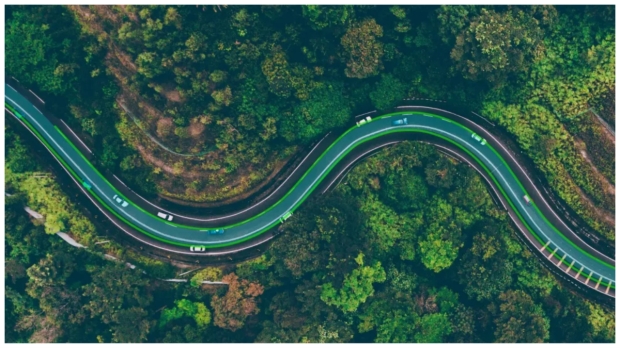 Continue reading: First US road that will charge electric vehicles will be ready soon (full post)