A Tesla in a wrecking yard in Sacramento caught fire after sitting there for about three weeks after being involved in an accident.

Firefighters from the Sacramento Metropolitan Fire District arrived at the scene to the vehicle engulfed in flames but struggled to extinguish the fire when hosing it down with water. The fire continued to re-ignite itself alongside off-gassing from the battery compartment. Turning the car on its side allowed access for the firefighters to the compartment, but the fire continued to re-ignite due to residual heat.

Ultimately to extinguish the fire, the firefighters and personnel from the wrecking yard were able to extinguish the fire permanently by digging a pit to place the car in and filling it with water. The pit allowed the battery compartment to be submerged and helped reduce the water needed to fully extinguish the blaze, estimated at around 4500 gallons (17034 liters). 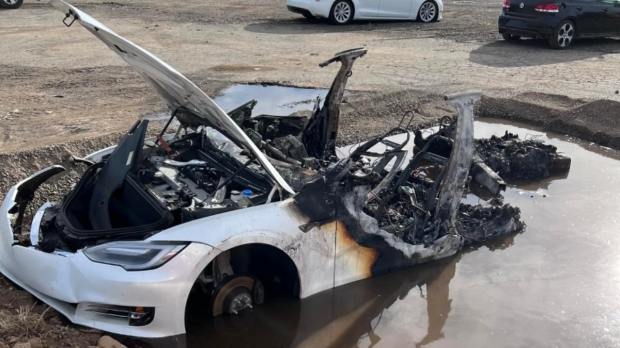 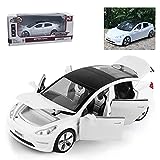