What would Skyrim look like as a next-gen PlayStation 5 and Xbox Series X game? Something like this.

Modding is absolutely incredible. Nothing extends the lifetime of a game more than mods (they will even fix your game after launch). Case in point: 9 years on, Skyrim is looking better than ever thanks to amazing user-created content. YouTuber Toxic Gaming put together a tantalizing glimpse at what Skyrim could look like on next-gen platforms like PS5 and Xbox SX, but of course the game is already next-gen on PC.

With a laundry list of over 200 mods, Skyrim Legendary Edition is transformed into something both familiar and completely unique. The textures are immaculate, complete with shield reflections and high-res 4K upgrades of ships, castles, armors--you name it. The world feels more enchanting and has that mystical Oblivion look, but with massive improvements like incredible ambient weather effects, lighting overhauls, beautiful water reflections, and realistic fog. And all of this is without ray tracing, so imagine that extra layer of depth on next-gen systems.

Today's news was surprising to say the least and many expected Sucker Punch's samurai slasher to be delayed indefinitely thanks to COVID-19 work-from-home orders.

Continue reading: Ghost of Tsushima delayed to July to make room for Last of Us 2 (full post)

Can't find a Switch? Make your own Wii portable handheld instead

The Nintendo Switch is practically sold out across the globe. So if you can't buy a handheld, why not make one instead?

Custom handhelds are pretty amazing. They often carve up old-school consoles like the Wii and jam them into small form factors like an Altoids tin (yes, really). And now you can make your own...but there's some assembly required.

Renowned modder G-man is selling a unique DIY kit for his G-Boy handheld, which packs in a Wii console into a custom 3D-printed Gameboy chassis. The kit costs $325, and comes with a 3.5-inch LCD screen, custom-designed chips, screws, triggers, and PCBs, including one that fully emulates the functionality of a GameCube controller. But there's some big catches: You have to solder everything together and dremel your own Wii PCB to exact specs. The kit doesn't come with a pre-cut Wii motherboard (Nintendo would NOT be happy if it did).

I don't know how the developers and staffers at Naughty Dog feel right now, but it wouldn't be good -- news is breaking over the weekend that the entire story for The Last of Us Part 2 have leaked online. 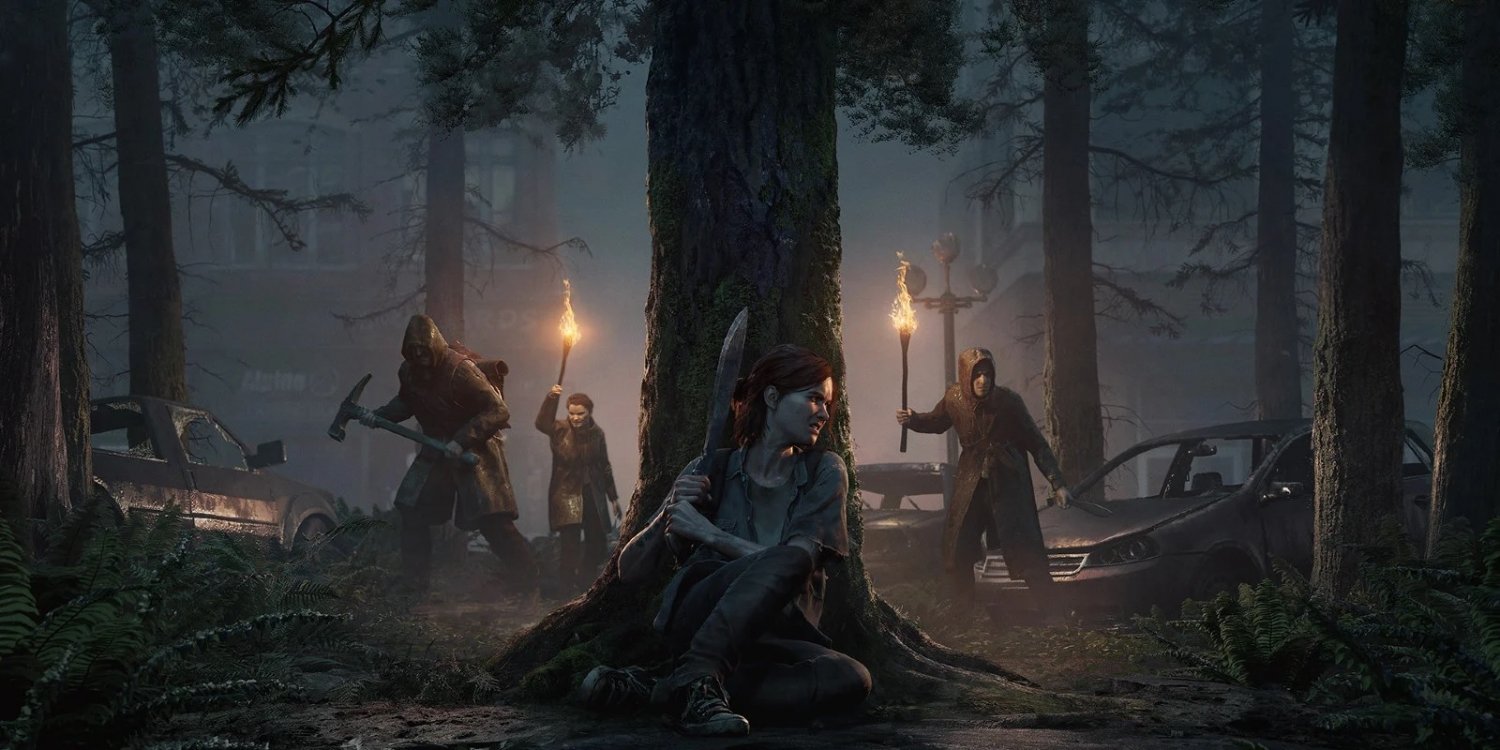 A video was posted up on YouTube which Sony must've orders its lawyers to have removed, but then the internet did what it does best -- spread The Last of Us Part 2's entire story. If you do not want any spoilers to The Last of Us Part 2 then I would suggest not continuing to read this news.

I'm not going to write about or quote the leaks to The Last of Us Part 2 so that I'm not responsible for spoiling what should've been one of the best games ever made.

There are many reasons why I love the internet and Reddit, but gamers in particular -- like 'Ninjakilla_X' on Reddit, who chopped the additional game footage from CD Projekt RED's Q&A video on Cyberpunk 2077, are the real heroes. Check it out here. 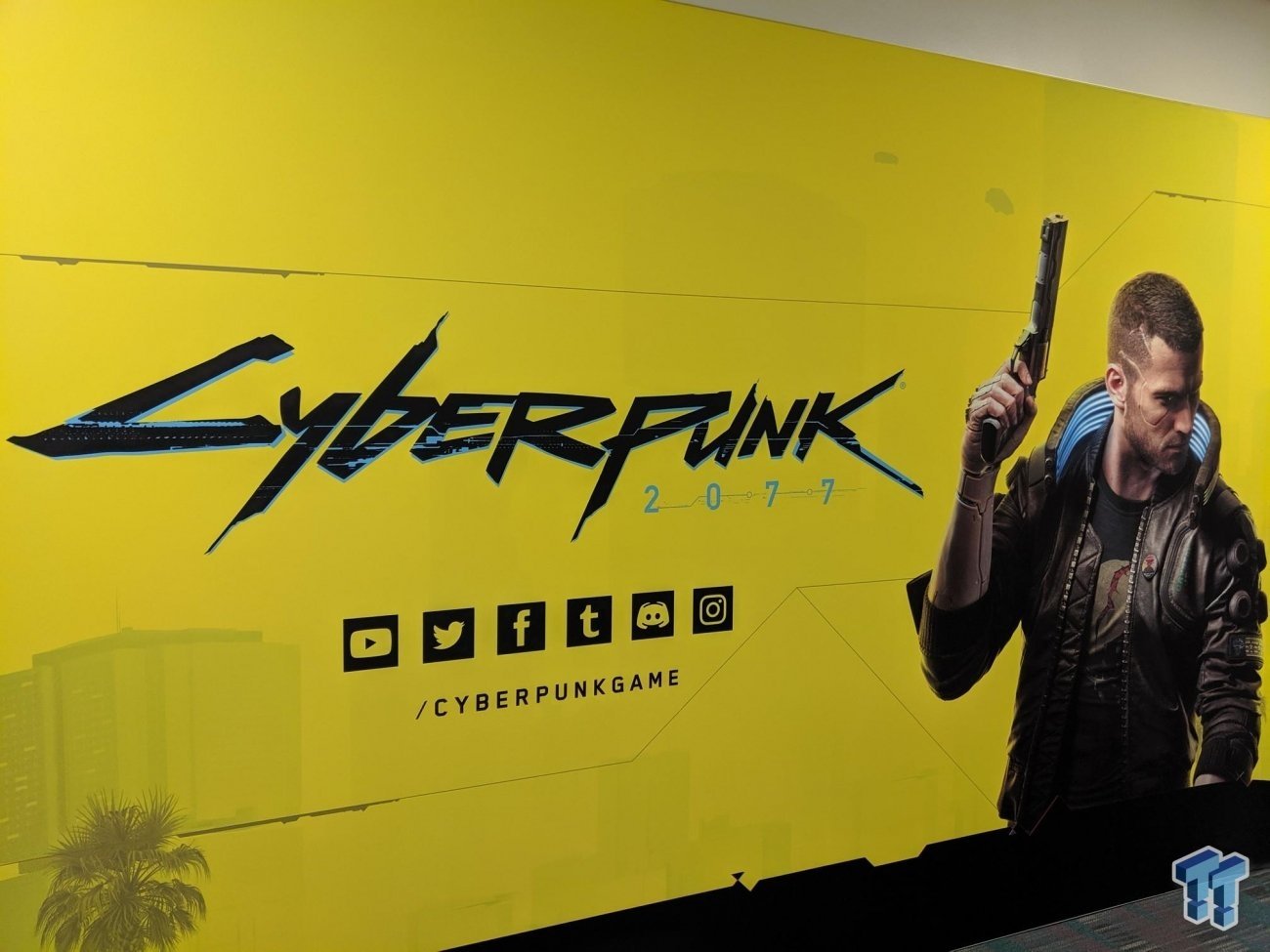 The video shows much more of the Cyberpunk 2077 world which is dripping in atmosphere, and it isn't centered around shooting and killing -- it is walking around and experiencing the world, interacting with characters towards the end. I think I prefer some of this world-exploring side of Cyberpunk 2077 as much as the action, the world feels so... cyberpunk.

Hell, the top comment on the video from 'Cloudless_Sky' says: "I'm gonna be spending so much time just walking around and looking at things". Cloudless_Sky, whoever you are -- I totally agree. Walking around in this game is going to be absolutely epic in its own right. I want to set up my entire gaming setup for Cyberpunk 2077 when it comes out and just go in for a few weeks or months and experience it in all its glory.

Epic Games has broken yet another record in Fortnite, with its recent in-game Travis Scott event seeing a gigantic 12.3 million concurrent players joining in for the insanely huge event.

The developer took to Twitter (above) to boast about the 12.3 million concurrent players in the Travis Scott event, which was an insane event in its own right. You can read more about that here. There were crazy lightning storms, dancers on fire, gravity flips, and a journey through space. Yeah, all in Fortnite, and all for a Travis Scott in-game concert. Awesome stuff.

The last time Epic Games reached a huge record was with 10.7 million players tuning into Marshmello's in-game concert. That was back in early 2019, but now Travis Scott appears and breaks the record in April 2020 with 12.3 million concurrent users -- no stadium in the world can host 12.3 million people at once so this is pretty damn insane when you sit down and think about it.

Epic Games has announced its huge new FNCS Invitational for Fortnite, throwing a huge $2 million of prize money into the mix. 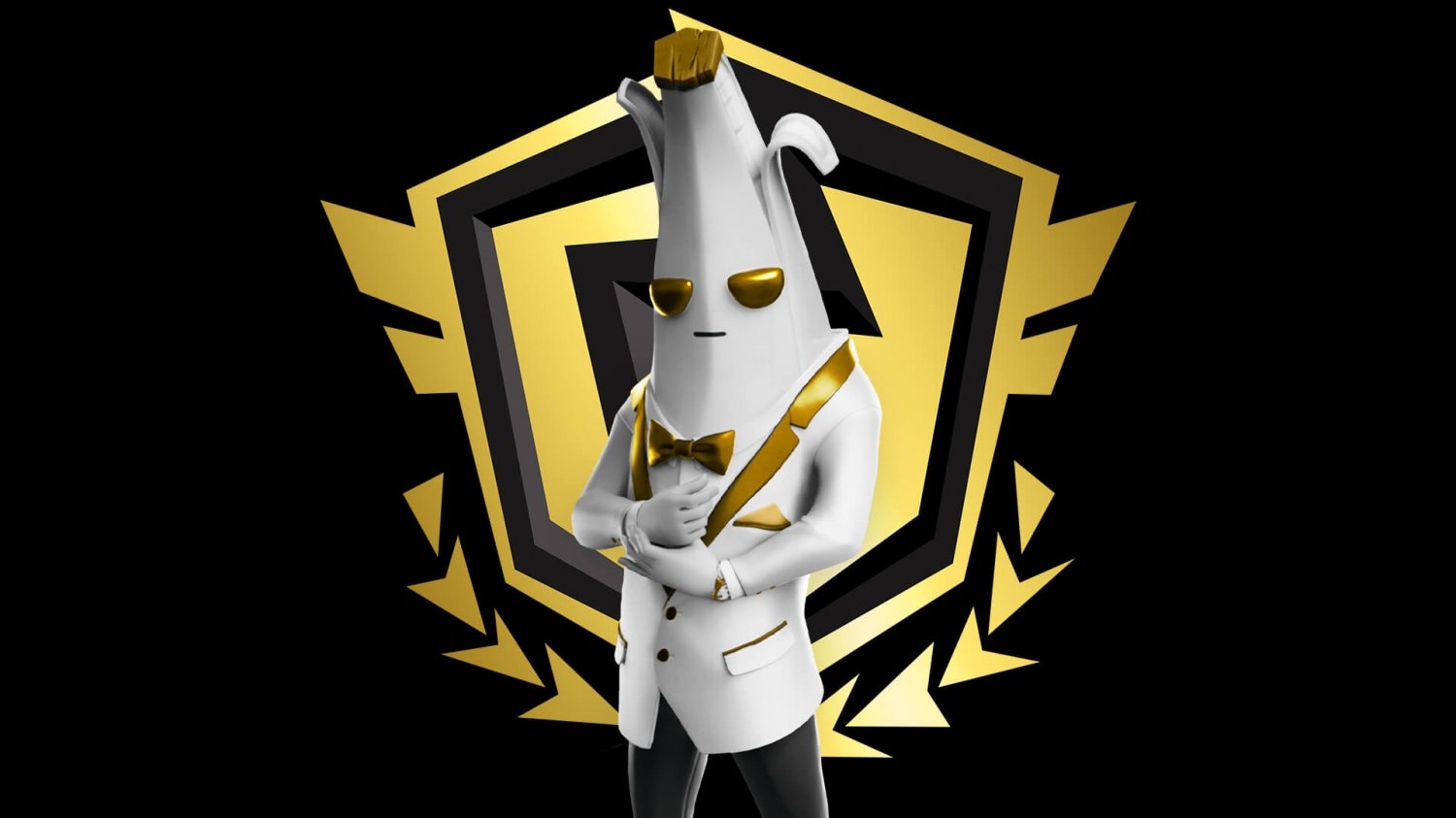 The new FNCS Invitational will happen across 3 weekends starting on Saturday, May 9 -- with Epic inviting "the best of the best" in each region. This includes:

Epic Games will be kicking off the Open Qualifier for Champion ranked players on May 2, with 100 players in each region capable of earning an invite to the huge FNCS Invitational. This will give you the chance to play against "some of the biggest names in Competitive Fortnite" and more excitedly, possibly win a share in the $2 million prize pool.

GTA Online has new missions, makes you prepare for a recession

If the reality of our world with COVID-19 coronavirus wrecking havoc left, right and center wasn't bad enough -- GTA Online is now art imitating life with its new missions. 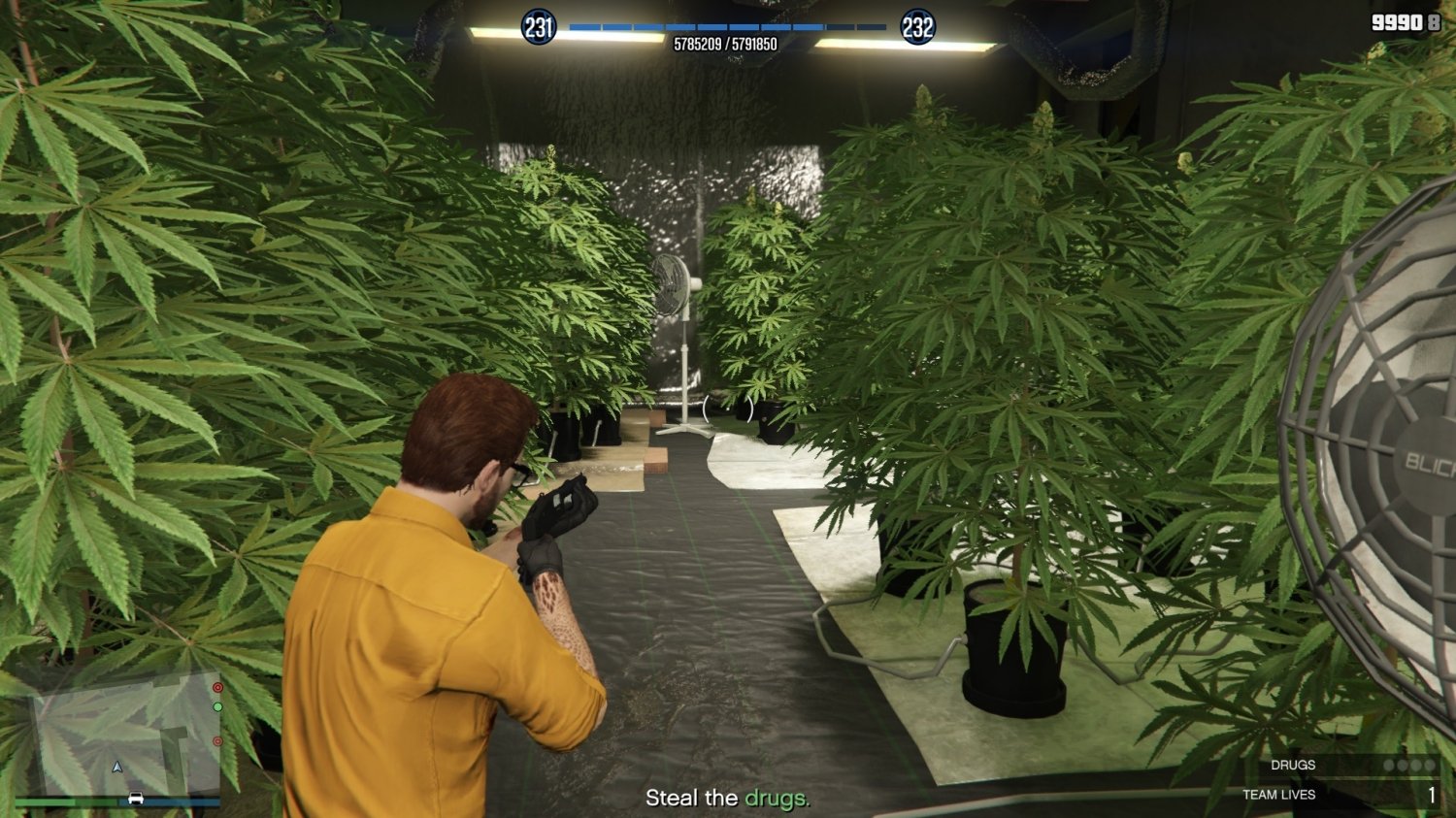 A new update for GTA Online adds a bunch of new missions with one of them focusing on Gerald, a character that has received a myriad of missions over the years -- but his latest one involves him preparing for a recession. As the player, you will need to prepare for a recession which Gerald fears will destroy the criminal ecosystem.

Gerald needs to prepare for the worst, so you'll need to line up a bunch of drug deals and make a bunch of green with your green, before things go into the red. Rockstar Games most likely made these missions months ago, so there are (unfortunately) no jokes about toilet paper, cleaning stuff, or COVID-19 coronavirus.

One of the best-looking games on the horizon would have to be Microsoft's upcoming Flight Simulator, which has been shown off in some utterly gorgeous new screenshots. Check them out: 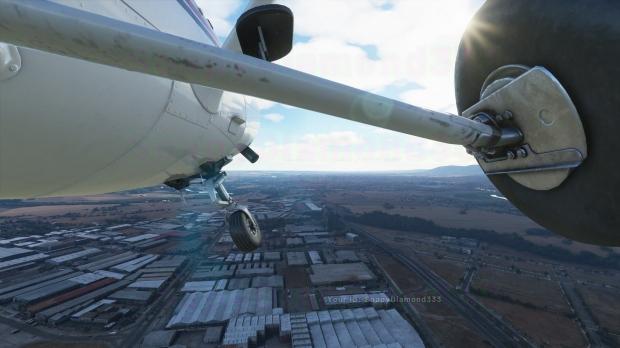 Microsoft is really showing the world what Flight Simulator can do when it can flex its graphical muscles, with some beautiful bokeh depth of field effects, gorgeous volumetric clouds and huge (real) worlds on display and running in real-time.

Here's how to watch the incredible Travis Scott concert in Fortnite

If you missed the epic Travis Scott concert in Fortnite, check it out in its game-changing glory below. If you didn't know about it, well you should read on.

Epic Games isn't a stranger to having in-game concerts in Fortnite, but yesterday there 100s of thousands of people attending a virtual in-game Travis Scott concert in Fortnite. The one-time event was played inside of Fortnite, with Travis Scott's awesome 'Astronomical' concert available to gamers in Unreal Engine.

Scott dropped a brand new track as well as playing some of his biggest hits, with a bunch of insane explosions and shenanigans taking place during his Astronomical concert. Epic only had a few times that the Astronomical concert with Travis Scott actually take place, so if you missed out you'll have to keep an eye out for the next one if you want some of that exclusive loot.