Battlefront is being retired into maintenance mode and won't receive any new updates after Scarif, DICE today confirmed. 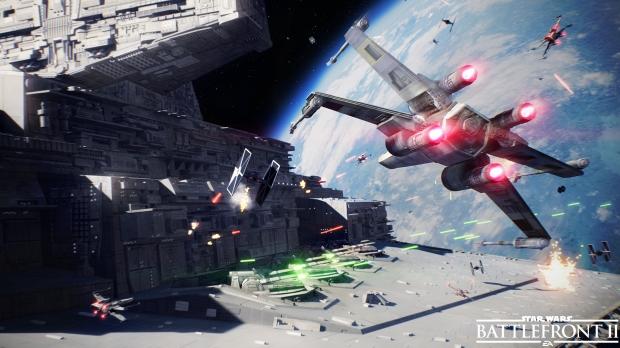 DICE is about to sunset two of its live games: First Battlefield V retires this summer, and then Battlefront II will be retired starting tomorrow.

"This means that we're moving away from delivering regular content updates. As the game lives on with the players and our community, we're looking forward to hearing your stories for years to come," DICE said in a blog post. The studio plans to go full steam ahead on Battlefield 6 for next-gen consoles.

To date, DICE has delivered 25 free content updates to radically evolve the game across over two years. This was following the big lootbox fiasco of 2017 that got EA into serious hot water.

Battlefront II was extended past its due date

The truth is Battlefront II was never meant to last this long. The game was artificially elongated to act as a stopgap to fill the massive Star Wars shaped hole in EA's lineup. Back in 2016, EA planned to release one major Star Wars game per year until 2020. That plan failed and EA has since cancelled three big Star Wars projects:

Two of these games, Project Orca and Project Viking, the Battlefront spin-off, were to be live games.

These cancellations meant Battlefront II had to be extended to fill the void. EA and Disney love the idea of recurring revenues via live game monetization, and Battlefront II, which organically adapted content from the films, fit the bill.

Both the Battlefront games have been tremendous successes. The games (Battlefront in 2015 and Battlefront II in 2017) have generated more than 33 million sales combined, making them heavy-hitting full game sales in their own right. But the real money comes from post-release microtransactions and monetization. A lot of this was sparked and generated by the engagement-driving free content drops.

So what's next for Star Wars?

Respawn has strongly indicated they're working on Jedi: Fallen Order 2, and EA's Motive studio is also working on a unique AAA Star Wars game. One of these Star Wars games could release this fiscal year.

EA plans to release 8 major AAA games from 2021-2022, and this could include a major new Star Wars release.