Toss your desktop out! MSI delivers incredible mobile gaming performance out of this world with the new Titan GT77 HX 13V gaming laptop!

Twitter makes its app more bearable after its most recent update

Twitter has rolled out a new quality-of-life update for all users of its platform, making the overall experience on the platform much more enjoyable.

If you haven't updated your Twitter app, now would be a good time, but before you go ahead and do that, let me tell you why it's a good idea. Twitter has taken to its "Twitter Support" account to announce that the "For You" tab will no longer be the default tab whenever Twitter is opened. Before this update, Twitter would always default to the "For You" tab whenever the app was opened, despite a user closing the app in the "Following" tab.

Anyone that wished to just live in their following tab, so they aren't consuming any content that Twitter recommends them, was unable to do so. Now, Twitter has rolled out an update across iOS and Android devices that enables users to return to whichever timeline they had opened last. This update is especially helpful for people that don't want to consume Twitter's suggested content and strictly want to view content created by accounts they follow on the platform.

A team of archaeologists in Japan has discovered a massive iron sword that was buried to protect the dead from evil spirits. 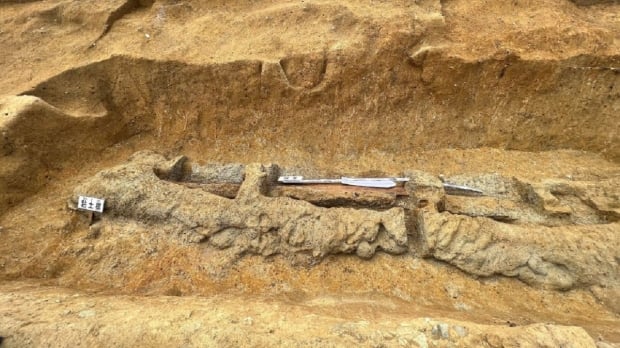 In an email to LiveScience, Riku Murase, an archaeologist for Nara City who dug up the burial mound and found the sword, said they were "surprised" at the discovery, and they doubted the existence of the tomb for "so long". The discovery took place last November at the burial mound of Tomio Maruyama, located west of Nara, a city in Japan. The tomb dates back to the fourth century A.D. (1,600 years ago) and contained a Dako, a type of sword known for its wavy, snake-like shape.

Commenting on the discovery of the sword, Murase said that it's twice as big as any other sword that has been found in Japan so far. The below image showcases an X-ray photograph of the sword's original shape and size. Archaeologist Stefan Maeder, an expert in Japanese swords and ancient swords in general, explains that dako swords found in burial mounds are mainly for ceremonial purposes, but aren't "common" as they are "prestigious objects of high society".

Google unveils its antidote to ChatGPT being adopted by Microsoft

Google announced it was going to reveal a new artificial intelligence system earlier in the week system and that it will revolutionize Google Search.

It was only a few days ago that Google sent initiations to certain members of the press informing them that they will be hosting an AI event on February 8, where they will explain more about their developments with artificial intelligence technologies. Ahead of that event, Google has taken to its blog with Sundar Pichai, Google, and Alphabet CEO, introducing the world to Bard, Google's new AI that is powered by its in-house Language Model for Dialogue Applications (or LaMDA for short).

Pichai explains that Bard will be designed to enable human-like conversations via a text box where a user can ask it a variety of questions, from drills to increase soccer performance to simplifying complex topics down so a 9-year-old can understand them.

Judge uses ChatGPT in Columbian court case, with AI factoring into his decision

According to a new report, a Judge in Columbia has used the popular AI chatbot system ChatGPT to help with a court ruling. The case in question involved a dispute with a health insurance company and whether or not an autistic child was eligible for treatment. "The arguments for this decision will be determined in line with the use of artificial intelligence (AI)," Judge Juan Manuel Padilla Garcia wrote in the official decision, confirming that Chat GPT was used to assist in the ruling. 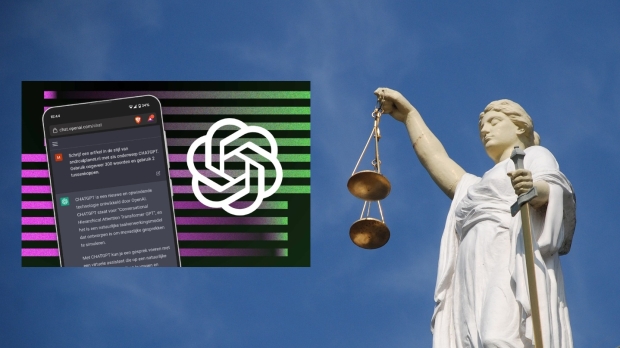 Questions like "Is an autistic minor exonerated from paying fees for their therapies?" and "Has the jurisprudence of the constitutional court made favorable decisions in similar cases?" were posed to ChatGPT. Not only that, but the AI's responses were included in the decision-making process. The Judge notes that the AI responses were used to expand or extend his own decisions, which was also a part of the decision.

Someone tried to turn their Nintendo Switch into a Steam Deck, it didn't work

When it comes to handheld gaming in 2023, there's the Nintendo Switch, and then there's Valve's Steam Deck - one being a traditional Nintendo-style console and the other being a portable gaming PC. What if you could hack the Switch to make it run Steam and fire up PC games? Wouldn't that turn it into a Nintendo Switch Deck or a Steam Switch?

That's the question YouTuber SpikeHD set out to answer and hopefully pull off - except it was impossible using existing tools and hacks. The idea is sound; a jailbroken Switch can run Ubuntu, so there should be a way to run the Linux version of Steam on the Nintendo console.

Continue reading: Someone tried to turn their Nintendo Switch into a Steam Deck, it didn't work (full post)

As GPU sizes increase due to more advanced cooling that requires all manner of fans, chunky heatsinks, and vapor chambers, the idea of an all-in-one water block solution is enticing. Not only does it dramatically reduce the physical slot size of the GPU proper (sure, you've still got a sizable radiator), but it offers what many see as a better cooling idea for overclocking or simply playing games without having to worry about temperatures and fan noise. 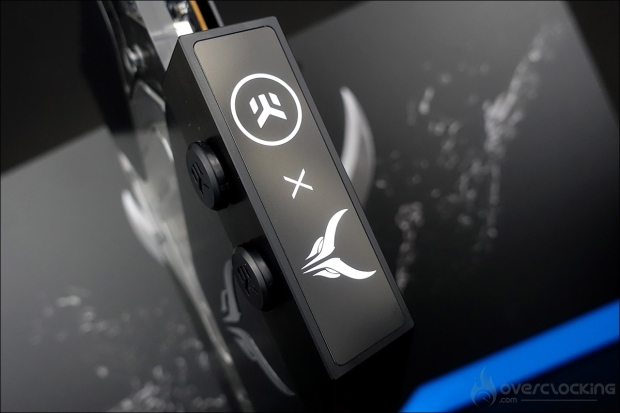 The PowerColor RX 7900 XTX Liquid Devil is the first water-cooled Radeon RX 7000 GPU, with a waterblock designed by EK - a name and brand trusted by many. It's a sleek unit, too, with the first pictures of the GPU surfacing via CornerJack from Overclocking.com on Twitter.

Integrated graphics are always interesting, as you've got something that isn't explicitly designed for gaming used to do precisely that. And with that, there's never any expectation that integrated graphics would outperform a dedicated discrete GPU - but AMD's latest sounds pretty impressive. 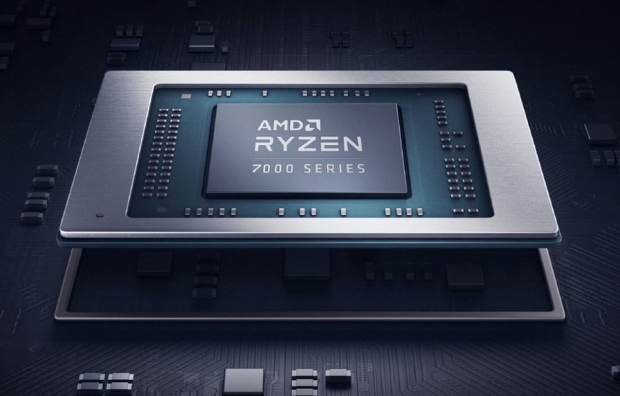 The first benchmarks for the upcoming RDNA 3-based AMD Radeon 780M have surfaced on a Chinese tech forum (as spotted by Tom's Hardware), where the latest AMD APU was put to the test using the DirectX 12-based 3DMark Time Spy. With two separate tests running different memory (LPDDR5X-7500 and DDR5-5600), the integrated graphics of the Radeon 780M perform around 25% faster than the Radeon 680M using the higher specced memory. 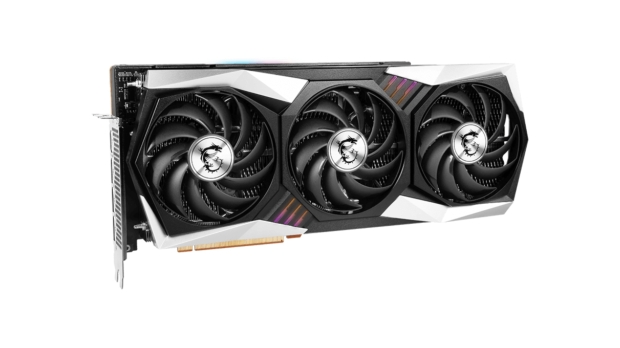 Similar in look and feel to the Gaming Trio designs seen in MSI's Radeon 6000 GPUs, both cards use MSI's TRI FROZR 2 thermal system with TORX FAN 4.0 technology, enhanced PCB materials, and an anti-bend backplate. Interestingly both cards feature a 2.5-slot design as opposed to the more prominent real estate we've seen in high-end GPUs of late. Both cards also feature 3 x 8-pin power connectors, so there might be room to overclock manually.

Earnings report cards for gaming's Big 3 are currently being tallied up but we've already spotted some interesting figures from top players Microsoft and Sony. 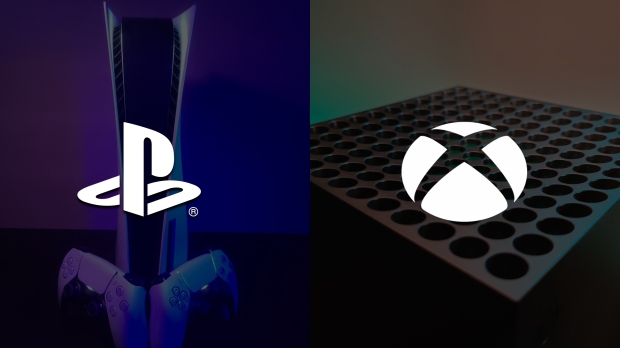 Both Microsoft and Sony recently announced their Holiday 2022 financials and gave us all the data required to make a full-year earnings analysis. In this article we'll be solely focused on the video game segment revenues and not total company numbers for the tech giants.

Our findings show that PlayStation is still leading the Big 3 in terms of revenues, which is to be expected, but the earnings discrepancy between PlayStation and Xbox has grown since last year. Let's take a closer look at the trends and their indicators.

The rise of artificial intelligence is happening right now, and hustlers have already jumped on the bandwagon to push services such as ChatGPT as a way to get rich quick. 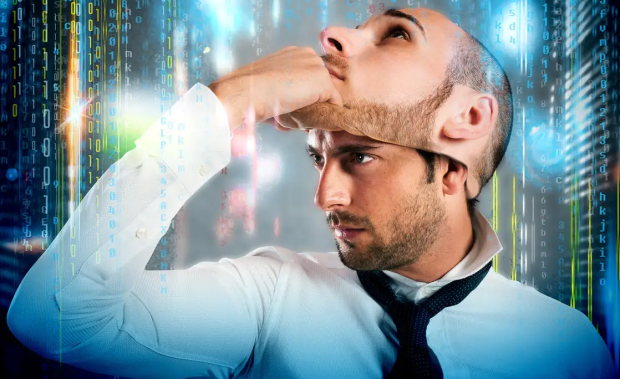 OpenAI released ChatGPT to the public in November last year, and since then, the AI has taken the world by storm, going viral on almost every social media platform and making numerous headlines across multiple prominent publications. While the technology behind ChatGPT is limited to its relatively small data set (compared to the data set that is coming in the next iteration of ChatGPT), its capabilities are still very impressive. ChatGPT being openly available has given the power of digital automation to the public, which has led to users suspecting that the emergence of AI will disrupt many industries around the world.

The unquestionable power of AI and the demonstrations provided by ChatGPT has garnered the attention of hustle culture, or people that create content that informs other people on how to make money. The Verge has reported several instances of hustlers claiming that ChatGPT is "one of the craziest softwares I've ever seen on planet Earth, and you can become a millionaire just using ChatGPT, I guarantee you", and "If you start today, you could literally have a million-dollar course creation business by this time next year."