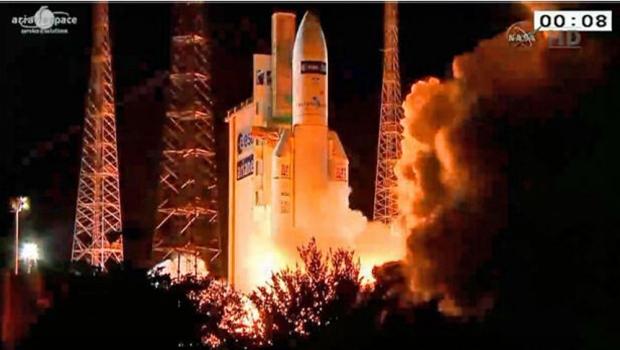 Detailed Moon analysis determines it to be slightly lemon-shaped 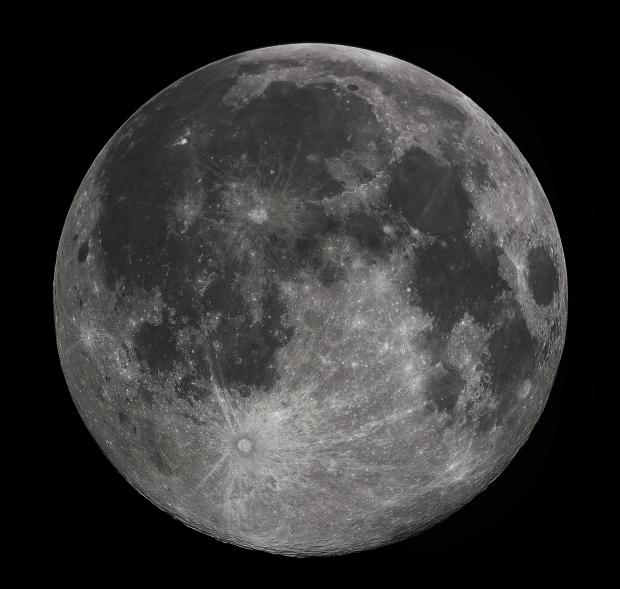 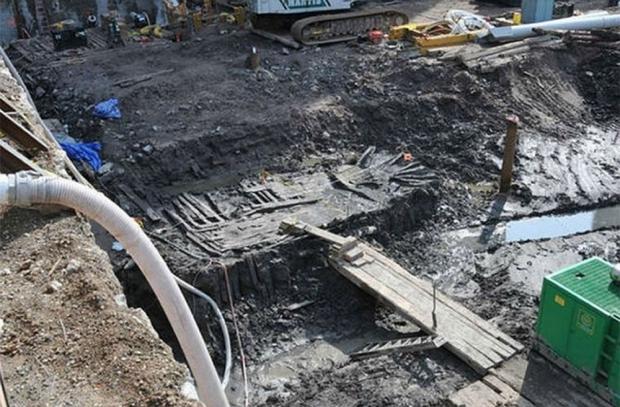 Historically much of the Arctic Ocean is covered in ice, even in the summer. Scientists say with global warming that ice pack is starting to melt. Arctic Sea ice faces another way that ice may break up and melt faster, massive waves. 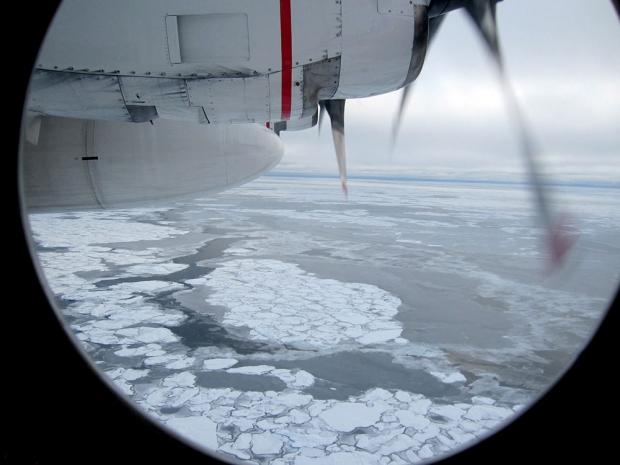 Typically, with ice covering the surface of the ocean, waves aren't recorded. Scientists have recently measured record setting waves in the Arctic Ocean. Sensors under the water that communicate via satellite have recorded swells in the Arctic Ocean of around 16-feet high.

The largest wave measured was 29-feet high. The scientists say these massive and uncommon waves could break ice up and make it melt faster than it would from global warming alone. These waves were measured in a part of the Arctic Ocean near Alaska called the Beaufort Sea.

An artificial leaf could be the future of space travel

Space travel has a variety of restrictions, especially when it comes to humans making that trip across the sea of stars. Humans rely on oxygen to live, and so do other things like trees and plants.

Julian Melchiorri, a graduate from the Royal College of Art, has created the very first man-made, biologically functional leaf that is capable of taking in carbon dioxide, water, and light and releases oxygen. This leaf features chloroplasts, which are the part of a plant cell where photosynthesis happens, suspended in body made of silk protein.

Melchiorri explains: "This material has an amazing property of stabilizing (the chloroplast) organelles. As an outcome I have the first photosynthetic material that is living and breathing as a leaf does". Most can see the potentials of this for space travel, but it has big potential here on Earth, too. We could see front of buildings and lampshades made from the material, where it would exhale fresh air with just a thin coating of this new leaf material.

Continue reading: An artificial leaf could be the future of space travel (full post)

Prepare yourself for the next-generation of water balloon fights

As a kid, I spent countless hours in the battlefield that was water balloon fights, but filling up those little balloons and tying them up took so much valuable time, but not anymore! Tinnuss Enterprises' Bunch O Balloons looks to revolutionize water balloon fights, and has taken to Kickstarter to fund its device. 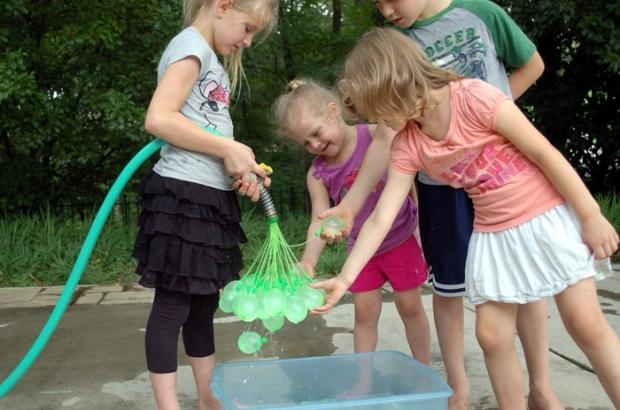 The company has raised over $690,000 from Kickstarter, and considering it only asked for $10,000 - this might end up being one of the most successful Kickstarter projects of all time. The idea behind Bunch O Balloons is to fill as many balloons as possible, in the shortest amount of time. The device is capable of both filling, and typing up a crazy 100 water balloons per minute.

The Bunch O Balloons can fill 37 balloons up simultaneously, meaning that no party will be without water balloons. If you want one of these awesome Bunch O Balloons, you can pledge for the $17 version, which ships in September... of 2015. Most of the other packages are gone, but this isn't surprising. Now I'm off to pledge some money, as my daughter will be four years old by the time I get this, and she's going to love it.

Continue reading: Prepare yourself for the next-generation of water balloon fights (full post)

NASA has several spacecraft and rovers on and around Mars performing scientific studies of the Red Planet. The Opportunity rover has been on the surface of Mars since 2004 and recently set a record. Opportunity has set a record for the longest distance ever driven off the Earth. 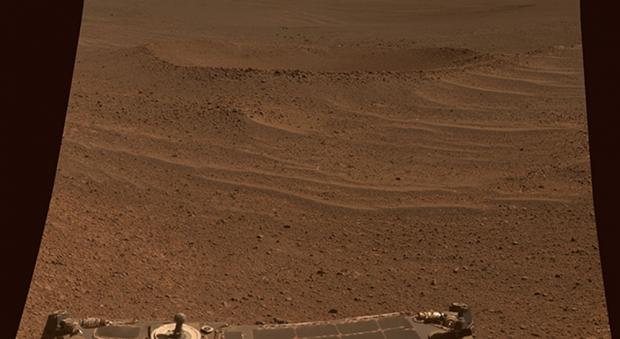 Opportunity has been on the surface of the Red Planet for a decade and has driven 25 miles. The previous record for the most miles driven off-Earth was held by the Soviet Union Lunokhod 2. The record was grabbed on July 27 as Opportunity drove 157 feet to reach 25.01 miles on the odometer.

If the rover continues to operate, it will reach its next major investigation site mission called Marathon Valley. Scientists want to study this area because they believe clay minerals are exposed close together at the site.

One of the bodies in our solar system that is under investigation by NASA is Saturn and its moons using the Cassini spacecraft. Cassini has been studying the icy Saturn moon called Enceladus and so far, it has discovered 101 active geysers on the surface of the icy world. The interesting thing about this discovery is that liquid water is believed to be reaching the surface of the planet from an underground sea. 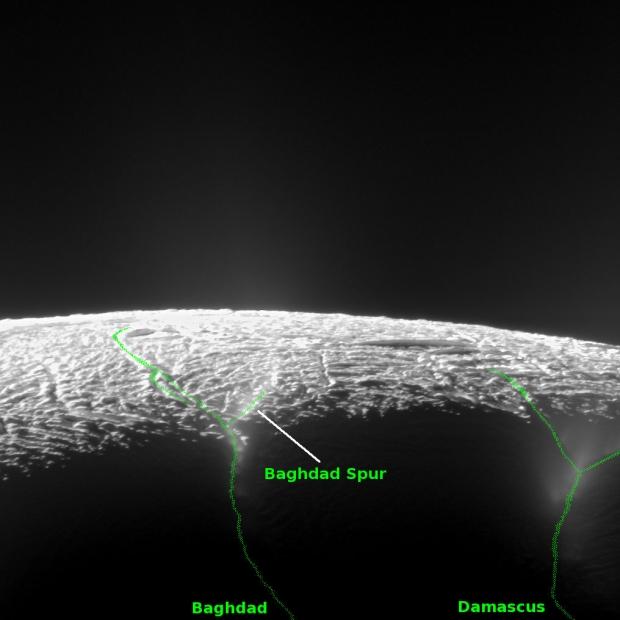 Cassini has been eyeing the southern polar terrain for nearly seven years as scientists have studied the tiger stripe fractures in the area on the surface of the moon. These geysers and the large fractures were discovered on the moon years ago.

Scientists believe that the geysers and liquid water believed to be under the surface of the moon are caused by the repeated flexing of Enceladus by the gravitational forces of Saturn as the moon orbits the planet. Another theory was that there may be a back and forth rubbing action cause by friction of opposing walls that turns ice into the geysers. Cassini has now proven that the geysers coincide with small-scale hot spots that are only a few dozen feet across and are too small to be caused by frictional heating leaving gravitational forces as the cause for the liquid water and hot spots.

Two inventors based in the Philippines have made something that should open up the world's eyes, with a homemade solar panel production factory. The system they use is small enough to fit on a desktop, and is capable of making between 300,000 and 1 million solar panels every year - with one solar panel made every 15 seconds.

By reducing the labor intensive process, which sits at around 50% of the total cost, the machine can radically reduce the amount it costs to make solar panels. The pocket-sized solar panel producer could change the way the world looks at electricity, and solar power. A homemade solar panel can reduce the requirement for power outlets in the home, the same power outlets that power your smartphones, computers, lights, and more.

The duo took to Kickstarter to fund their venture, with the funds required pledged very quickly. The two men are now raising additional funds to redesign the CNC laser cutter that will arrive with open source technology. They plan to power the solar power maker using solar panels, with the product receiving continuous improvements, and with it being open source, the community can help out with the product.

Today just about everything we use relies on electricity to operate from our smartphones and computers to our toilets in some cases. On July 23, 2012, the sun threw two gigantic clouds of plasma into space and they barely missed the Earth. In fact, had the coronal mass ejections happened only a week before, they could have devastated life on Earth according to scientists. 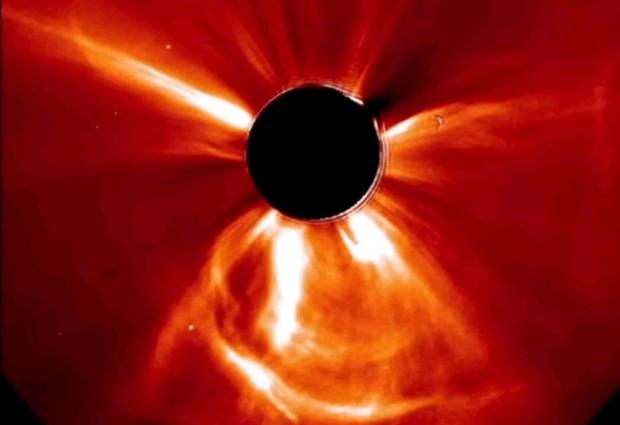 These storms wouldn't have killed people necessarily, but they would have likely damaged satellites and the electrical grid to the point that anything that plugs into the wall wouldn't have worked. Physicist Daniel Baker says that if those solar eruptions had hit the Earth, we would still be picking up the pieces two years later.

NASA said, "Analysts believe that a direct hit ... could cause widespread power blackouts, disabling everything that plugs into a wall socket. Most people wouldn't even be able to flush their toilet because urban water supplies largely rely on electric pumps. According to a study by the National Academy of Sciences, the total economic impact could exceed $2 trillion or 20 times greater than the costs of a Hurricane Katrina. Multi-ton transformers damaged by such a storm might take years to repair."